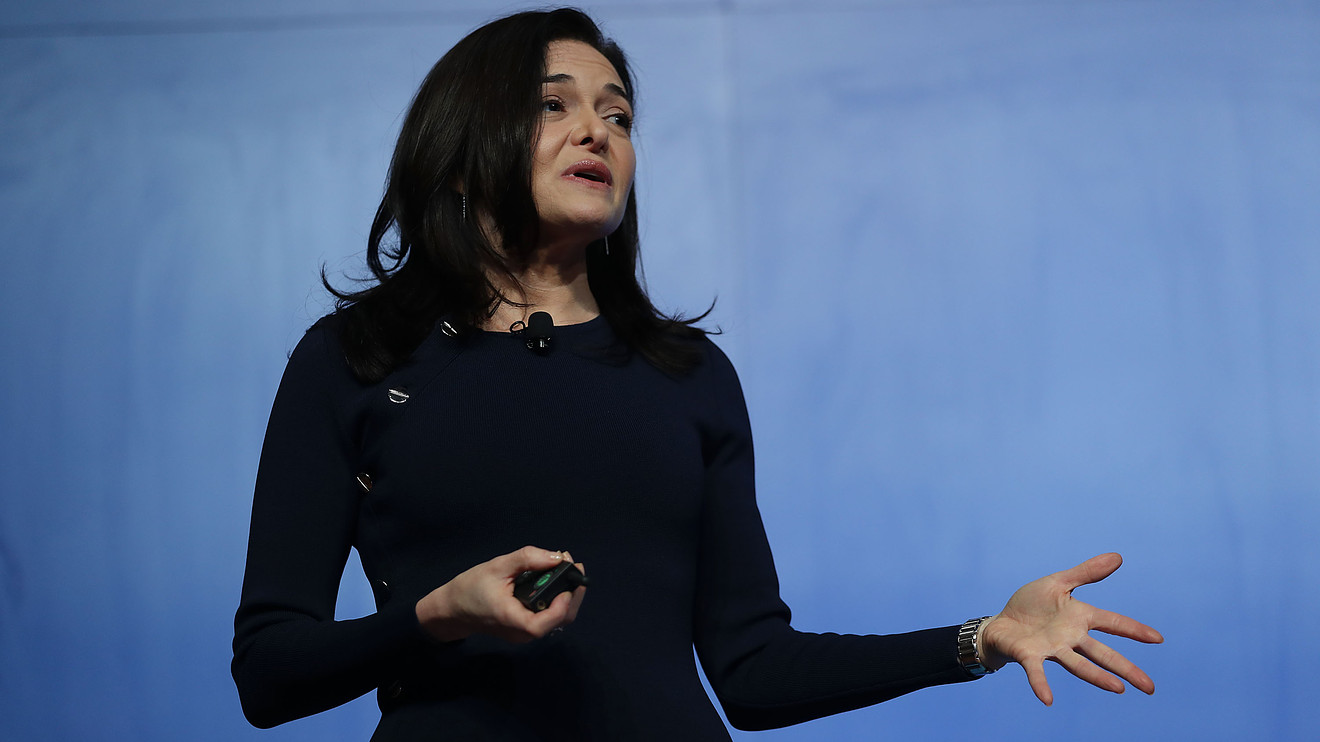 Facebook FB, +2.16%  COO Sheryl Sandberg on Wednesday reiterated that the world’s biggest social media site considers political ads “an important part of the dialogue” rather than a financial incentive.

“This is a controversial decision, and as Mark just said on our earnings call, we’re not doing it because of the money — this is less than 1% of our revenue, and the revenue is not worth the controversy,” Sandberg told Bloomberg, referring to Facebook’s decision to continue to allow political ads. “But what Mark said is that we believe in free expression, we believe in political speech, and ads can be an important part of that.”

Critics worry, particularly ahead of the 2020 elections, that unchecked political ads could be used to spread false or misleading information. Zuckerberg maintained to lawmakers during a testy Capitol Hill grilling last week that the company doesn’t fact-check politicians’ ads.

But similar to Sandberg’s comments Wednesday, Zuckerberg defended Facebook against claims that the company allows political ads because they generate revenue.

“I can assure you that from a business perspective, the controversy that this creates far outweighs the very small percent of our business that these political ads make up,” Zuckerberg said on the company’s earnings call. “We estimate that these ads from politicians will be less than 0.5% of our revenue next year. That’s not why we’re doing this.”

Facebook revenue is expected total $84 billion in 2020, according to FactSet figures cited by CBS News; 0.5% of that amount would add up to $420 million. The company on Wednesday reported third-quarter revenue of $17.65 billion and net income of $6.09 billion.

Dorsey, meanwhile, argued in a lengthy Twitter thread that “political message reach should be earned, not bought” — prompting many users to demand that Zuckerberg, his rival, implement a similar ban.

“This isn’t about free expression. This is about paying for reach,” Dorsey wrote. “And paying to increase the reach of political speech has significant ramifications that today’s democratic infrastructure may not be prepared to handle. It’s worth stepping back in order to address.”

Don’t miss: False news stories are 70% more likely to be retweeted on Twitter than true ones

Inaccurate information in the form of fake news stories spreads extremely fast on social media, research has shown. On Twitter, for example, false news stories are 70% more likely to be retweeted than true stories, and it takes true stories about six times as long to reach 1,500 people as it takes for false stories to reach the same number of people, a 2018 MIT study found.

Most Facebook users did not share any fake news articles during the 2016 U.S. presidential campaign, according to a 2019 study by Social Media and Political Participation Lab at New York University.

The small number who did were mostly Republican Americans over the age of 65.

Brad Parscale, President Trump’s campaign manager, called Twitter’s ban “yet another attempt by the left to silence Trump and conservatives,” even though the ban would impact advertisements across the political spectrum.

Some Democrats, on the other hand, praised Dorsey’s decision. Former 2016 presidential nominee Hillary Clinton called it “the right thing to do for democracy in America and all over the world.”

“Not allowing for paid disinformation is one of the most basic, ethical decisions a company can make,” added New York Rep. Alexandria Ocasio-Cortez.