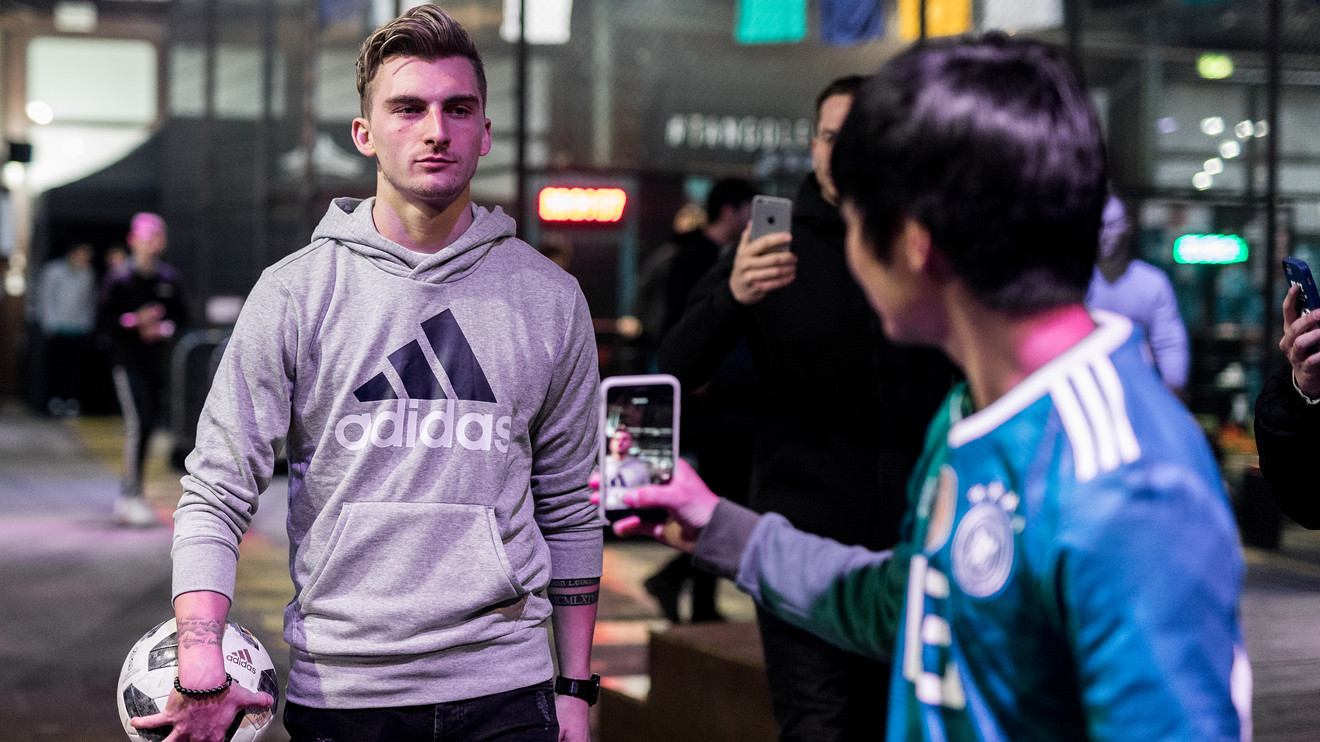 The German sporting goods company ADS, +1.14%  posted net profit of 646 million euros ($717.2 million) for the quarter, lower than the previous year’s EUR658 million as previously flagged by the company, but better than analysts’ expectations of EUR635 million, according to a FactSet estimate.

The decline in net profit was partly due to the adoption of a new accounting standard, Adidas said.

Sales for the quarter were EUR6.41 billion compared with EUR5.87 billion the year previous, beating analysts’ forecast EUR6.32 billion, according to FactSet.

At constant currencies, sales grew 6% during the third quarter, accelerating from the 4% sales growth rate posted in the first half of the year.

By region, top-line momentum improved markedly in North America, where the company faced challenges earlier in the year. At constant currencies, sales there grew 10% in the quarter, accelerating from the previous quarter’s 5.8% growth rate and appearing to outpace its rival NIKE Inc. (NKE), which reported 4% organic sales growth in the region for the quarter ended Aug. 31.

Adidas said it continues to expect a strong pickup in topline momentum during the fourth quarter of the year.