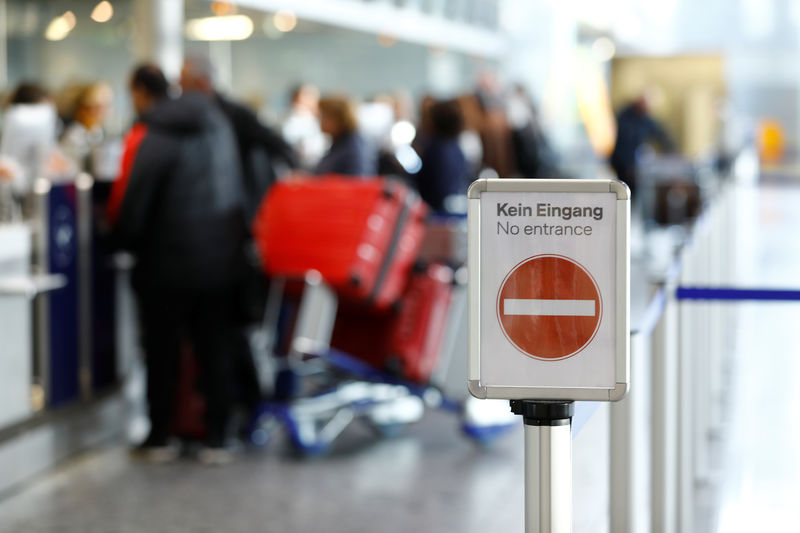 Lufthansa on Wednesday announced it expected to cancel a total of 1,300 connections on Thursday and Friday, with 180,000 passengers affected. That amounts to about one in five of Lufthansa’s planned 6,000 flights over the two-day period.

The departure table on Frankfurt airport’s website showed scores of canceled flights to European destinations and on transatlantic routes.

A Lufthansa spokesman confirmed about 400 flights would be canceled in Frankfurt alone on Thursday, with an additional 250 in Munich.

“It’s quiet in the terminals,” a spokeswoman for Frankfurt airport said, adding that many passengers had rebooked onto different flights and not shown up at the airport.

Flight attendants’ union UFO has left open the possibility of continuing the strikes beyond Friday, potentially escalating the dispute.

The airline and the union have been at odds for months over the union’s legal status. Lufthansa says the union leadership team that took office earlier this year was not elected in a way that met legal requirements — a stance that UFO contests.

Lufthansa, which faces tough competition from Ryanair (I:) and easyJet (L:), on Thursday also announced plans to cut costs at its Austrian Airlines, Brussels Airlines and Lufthansa Cargo units to revive profits.