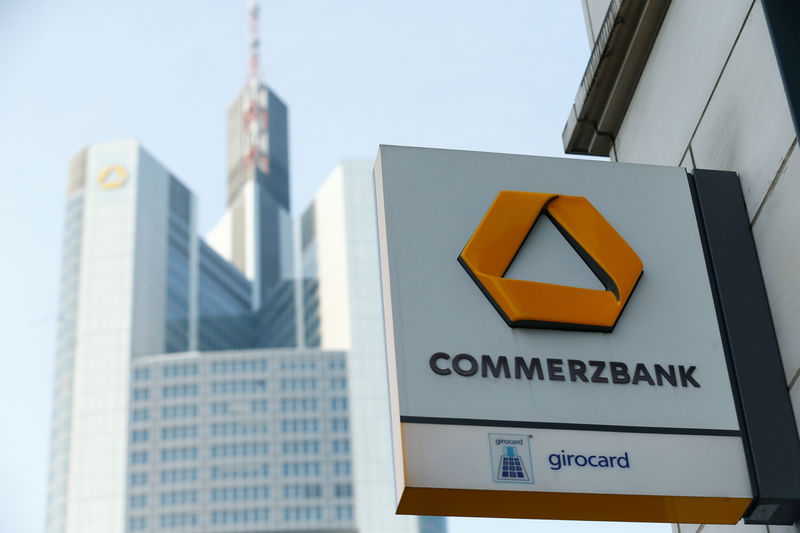 © Reuters. A Commerzbank logo is pictured before the bank’s annual news conference in Frankfurt

FRANKFURT (Reuters) – Commerzbank (DE:) managers are keeping employees in the dark about the German lender’s overhaul plans, a union representative said on Wednesday.

The state-backed bank earlier this year announced plans to restructure after a failed merger attempt with Deutsche Bank (DE:). Measures include cutting staff, closing branches and selling its mBank (WA:) in Poland.

But Stefan Wittmann, a member of the German lender’s supervisory board and an official of the Ver.di labor union, said that management has failed to provide details to labor after numerous meetings.

“I’m amazed about the lack of concrete detail given by the management,” Wittmann told Reuters.

Workers are still unclear which branches will close, which business areas will be pared back and how many jobs are affected, he said.

He was speaking to Reuters during a two-day meeting of the bank’s works council.