Home
Stocks
Fire TV and ‘Frozen 2’ toys are big sellers, but shoppers should avoid sneakers on Black Friday
Prev Article Next Article
This post was originally published on this site 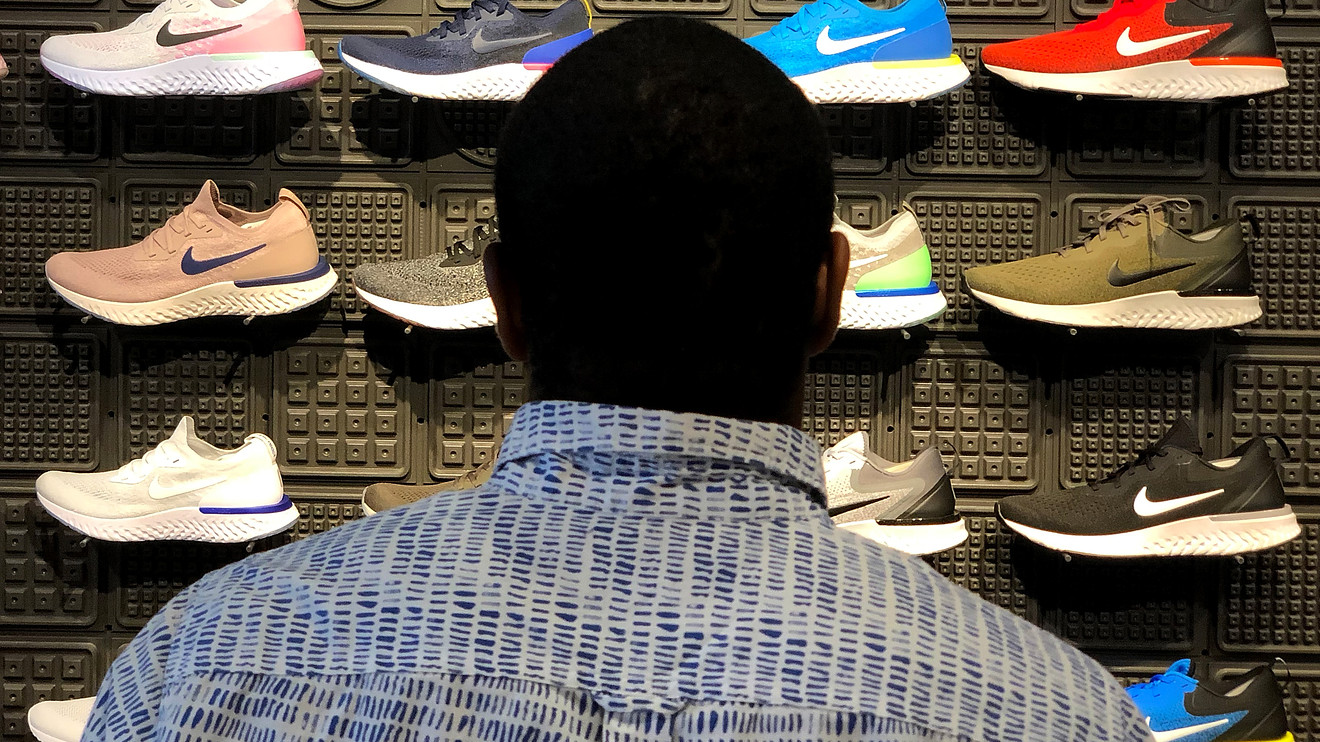 Items ranging from computers to toys are deeply discounted on Black Friday, but there’s one thing that shoppers might want to avoid purchasing on the big shopping holiday: sneakers.

Compared with Black Friday, sneakers have lower prices on 66% of the other days of the year, according to data compiled by RunRepeat, a site that specializes in helping shoppers find athletic shoes.

RunRepeat analyzed 1.4 million prices on 4,024 sneakers at more than 200 retailers over the past three years. Shoppers can expect to pay an average of 36.3% more, or $23.95, on Black Friday for the 27 most popular pairs of sneakers in RunRepeat’s database, compared with the cheapest day of the year for those styles. Those shoes include the Adidas ADS, +0.28% Stan Smith, Nike NKE, -0.43% Air Zoom Pegasus and the Brooks Ghost 10.

For some sneakers, like the Nike Air VaporMax Flyknit, shoppers can expect to shell out an additional 57%, or $63.58, compared with the cheapest day of the year for those shoes.

Online sales have totaled $600 million so far, according to the most recent data, putting the day on track to reach $7.4 billion.

Adobe Analytics expects 38% of all Black Friday online revenue to come via mobile devices, which is emerging as the preferred method for consumers to do their holiday shopping.

The biggest e-commerce players, those with more than $1 billion in annual revenue, saw a 244% increase in sales on Thanksgiving Day, which Adobe Analytics says is “an indication that large retailers are offering great mobile shopping experiences.”

Still, that hasn’t stopped shoppers from heading to stores.

“Black Friday is still very meaningful in terms of store shopping,” said Bill Park, partner and retail specialist at Deloitte, who was at the mall in King of Prussia, Pa., early Friday morning. “Everybody’s got both hands full of bags.”

Jill Standish, head of Accenture’s retail practice, saw full carts by 9 a.m. on Black Friday, but she said it “seems most of the big-ticket activity was on Thanksgiving night.”

Early discounts, online shopping and some bad weather in parts of the country could have an impact on Black Friday, Standish said.

Walmart Inc. WMT, +0.28% was cheerful about the Thanksgiving results across both its stores and e-commerce channels.

“Our customers found amazing savings with plenty of the most sought-after items available and the flexibility to shop the big event however they wanted, whether that was with our early deals online or in our stores on Thanksgiving night,” wrote Steve Bratspies, Walmart’s chief merchandising officer, in a Thursday post on the retailer’s corporate site.

Not everything has gone off without a hitch. For example, there were reports of a website outage at Costco Wholesale Corp. COST, -0.32% on Thanksgiving Day.

“The website is currently experiencing longer than normal response times,” according to a statement from the retailer on Black Friday. “Please note that all Thanksgiving Day–only promotions have been extended into Friday, Nov. 29, while supplies last. We apologize for any inconvenience.”

And Target Corp. TGT, -0.71% is already turning an eye toward Cyber Monday, which it is kicking off on Sunday with deals on Apple Inc. AAPL, -0.22% products, clothing, toys and items for the home. Deals keep going through Monday, Dec. 9.

The discounts might be good for shoppers, but they could put a damper on holiday cheer for retailers.

“Promotional deals have become so pulled forward in recent years that Black Friday has become more like ‘Black November’ — at least from the consumer’s point of view,” said Joel Rampoldt, a managing director in the retail practice at the global consulting firm AlixPartners.

“However, from the point of view of many retailers, the incremental costs of competing with Amazon, of providing free shipping, of providing more experiences for shoppers and so on are starting to add up — which we’ve seen in the recent profit warnings of several retailers.”