Home
Stocks
Market Extra: What a ‘no-deal’ U.S.-China trade scenario would mean for stocks and bonds
Prev Article Next Article
This post was originally published on this site 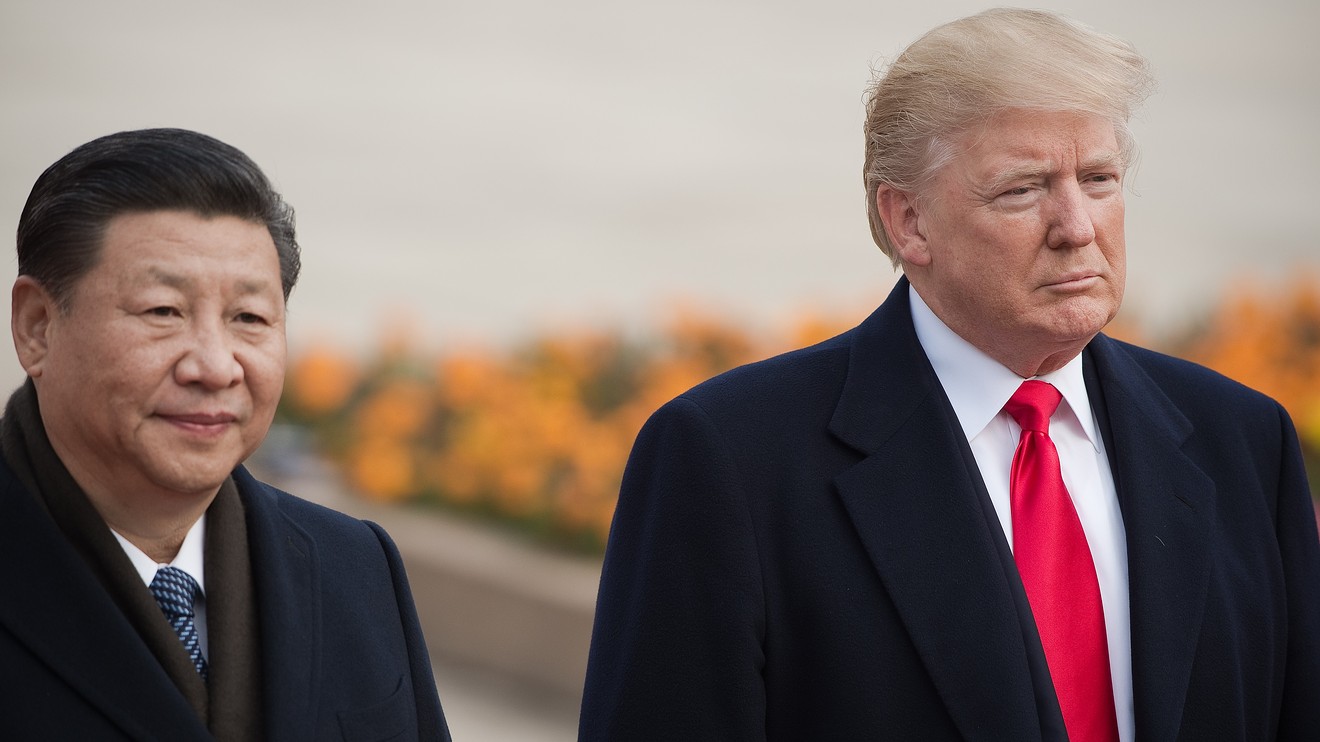 Imagine there’s no trade deal and that the U.S.-China battle is left to rumble on through most of next year instead.

That scenario is one that stock-market participants must now debate as equities tumbled Tuesday after President Donald Trump indicated he’s in no hurry to complete any accord with Beijing and that it might be best to wait until after next year’s presidential election.

Trump, speaking in London, said he had no deadline for completing long-running U.S.-China trade talks. “In some ways, I think it’s better to wait until after the election if you want to know the truth. But I’m not going to say that, I just think that,” he said.

U.S. Commerce Secretary Wilbur Ross followed up Trump’s comments on Tuesday in a CNBC interview, saying that the president was under no “time pressure” to strike a deal with China and that another round of tariffs would be imposed on Chinese goods on Dec. 15 unless there was “some real reason to postpone them.”

Whether Trump’s remarks were merely a negotiating tactic, or represented the potential for a full breakdown of negotiations, remains the subject of speculation. Taken at face value though they indicate that the trade war would be a “semi-permanent facet of global commerce throughout next year,” wrote Ian Lyngen, head of U.S. rates strategy at BMO Capital Markets.

And it’s also not difficult to imagine a “no-deal”-based Trump re-election campaign despite conventional wisdom to the contrary, he said, in a Tuesday note. In that scenario, Trump would campaign as the only candidate capable of pushing forward his trade agenda.

“The market implications of ‘no deal’ are ostensibly straightforward; trade-war-inspired global uncertainties will limit the upside for risk assets and put a ceiling on how far Treasury yields can increase in any bearish episode,” Lyngen said. “This is complicated by the fact that by kicking the proverbial can beyond Nov. 3 (next year), Trump may be eliminating the ‘risk-on’ potential from even the watered-down/phase-one compromise.”

Meanwhile, investors may also be focusing on a Dec. 15 deadline that would see the U.S. impose another round of levies — 15% on about $160 billion of Chinese goods — take effect.

Others argued that equities aren’t necessarily so vulnerable to a long-running trade battle.

“I think most market participants have been assuming the trade war was going to linger on in one form or another,” said Barry Knapp, managing partner at Ironsides Macroeconomics, in an interview.

Knapp said he had anticipated that a phase-one deal wouldn’t do much to unwind existing tariffs. Meanwhile, profit margins in the industrial sector, which is the most exposed to China, fell over the course of 2018 and much of 2019, returning at the end of the third quarter to pre-trade-war levels, he noted, indicating that the shock from the trade war and the existing raft of tariffs has worked its way through the system.

The prospect of additional tariffs will affect the market largely through business confidence, he said. A proprietary gauge of capital spending plans, which had jumped sharply in the wake of the 2016 presidential election and the subsequent corporate tax cut, retreated back toward pre-election levels as the trade war got under way and early rounds of tariffs were imposed, but appears to have stabilized, Knapp said.

Meanwhile, subsequent shocks, such as a Dec. 15 round of tariffs, typically don’t elicit as strong of a reaction as early shocks, he said. With that in mind, an additional round of tariffs on Dec. 15 could be enough to spark a stock-market pullback of around 5% to 6%, he said, because earlier shocks in May and August led to pullbacks of 7%.

In the near term, the knee-jerk reaction to Trump’s remarks show the “narrative on trade has quickly been turned upside down,” said Charlie Ripley, senior investment strategist at Allianz Investment Management.

“Where it once looked like a trade agreement between the U.S. and China was progressing, investors are seeing a different picture portrayed today,” he said.

After the Trump administration touted in early October what was described as a nearly complete phase-one agreement on the less controversial aspects of the long-running trade fight, stocks extended a climb. That rally continued even as talks appeared to hit snags, with news reports highlighting rifts over China’s insistence the U.S. rollback existing tariffs and a purported dispute over the numerical target for Beijing’s agricultural purchases.

Stocks had pulled back sharply on Monday as well, with weakness blamed on a combination of weak survey-based manufacturing and Trump’s decision to reimpose tariffs on steel and aluminum imports from Brazil and Argentina after he accused the companies of manipulating their currencies to the detriment of U.S. farmers.

The selloff in stocks came as safety-seeking investors piled into U.S. Treasurys. Yields tumbled, with the rate on benchmark 10-year government paper TMUBMUSD10Y, -5.62%  dropping 13 basis points to 1.705%, its biggest one-day decline since August.

Lyngen argued that upside for Treasury yields in the event of a deal has diminished over time. While a deal in mid-2018 likely would have been worth a 30 to 40 basis point jump in the 10-year yield, it would be a surprise if an accord now to prompt even a 20 basis point jump, he said, adding that the rise would likely be even less if a phase-one deal was watered down even further than current assumptions.

The more relevant question is how far rates could fall if “no-deal” scenario becomes the guiding assumption. In that case, the interplay between global equities and rates would be particularly important, he said.

“A 4%-5% correction in the major indices would leave yields largely range bound, assuming the move was spread over several sessions,” Lyngen wrote. “However, triggering the ghost of corrections past would prove disproportionately bullish for the 10-year and 30-year sectors,” potentially leaving the 10-year yield to target the 1.5% level.