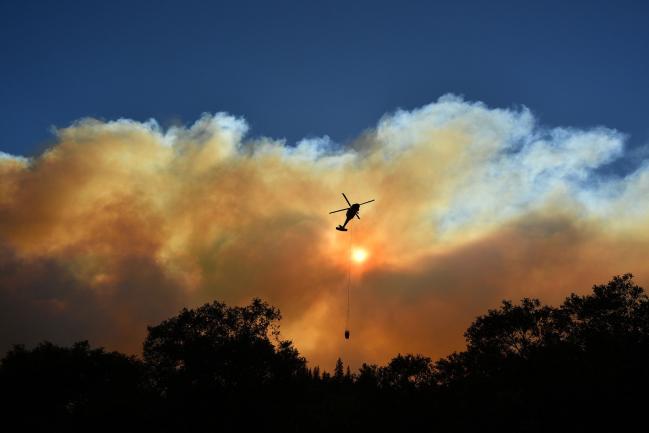 A PG&E crew hadn’t climbed and inspected the tower and hook that failed, sparking the catastrophic Camp Fire, in 17 years, a California Public Utilities Commission investigation made public Monday shows. The company would’ve discovered that the hook had worn down if it had checked the tower, and its “timely replacement could have prevented” the blaze from happening, the commission’s safety division said in the nearly 700-page report.

The November 2018 Camp Fire killed 85 people, burned down tens of thousands of homes and all but destroyed the Northern California town of Paradise. It ultimately led to PG&E’s undoing, saddling the company with crippling liabilities. In January, the company declared the biggest utility bankruptcy in U.S. history amid an estimated $30 billion in damages tied to that wildfire and a series of others that broke out across Northern California in 2017.

PG&E said in an emailed statement that it “accepts” the conclusion in the report that its power line caused the Camp Fire. “We remain deeply sorry about the role our equipment had in this tragedy, and we apologize to all those impacted,” the company said.

California fire investigators had already identified PG&E’s equipment in a previous report as the ignition source of the Camp Fire. The utility commission’s probe revealed more detail on the rules that PG&E broke leading up to the blaze, identifying 12 violations. The findings may result in fines or penalties imposed by the five-member panel.

The district attorney of Butte County, where the Camp Fire broke out, and California’s attorney general were still deciding whether to file criminal charges related to the blaze.

The report is hitting just as PG&E prepares for a federal court case that will determine exactly how much in wildfire liabilities it’s responsible for. In the coming months, a judge will hold hearings to decide on the size of claims stemming from the Camp fire and 2017 blazes. The outcome could serve as the foundation of a restructuring plan that PG&E hopes will have it emerging from bankruptcy by the middle of next year.

The commission’s report described PG&E’s routine inspections as “inadequate,” failing to detect defective hooks and other equipment prone to failure. One so-called C-hook close to the transmission failure showed a “material loss of over 50%” in one section, according to the investigation.

Based on PG&E’s own maintenance manual, the report said, “this is a hazardous Priority A condition which requires immediate response and continued action until the condition is repaired.” Butte County prosecutors asked the state to collect the hook as evidence.

PG&E said it has accelerated inspections since the 2017 and 2018 blazes and has “completed an unprecedented process to inspect every element of our electric system within the high-threat fire areas.” The company said it has checked almost 730,000 transmission, distribution and substation structures and more than 25 million electrical components in those areas.