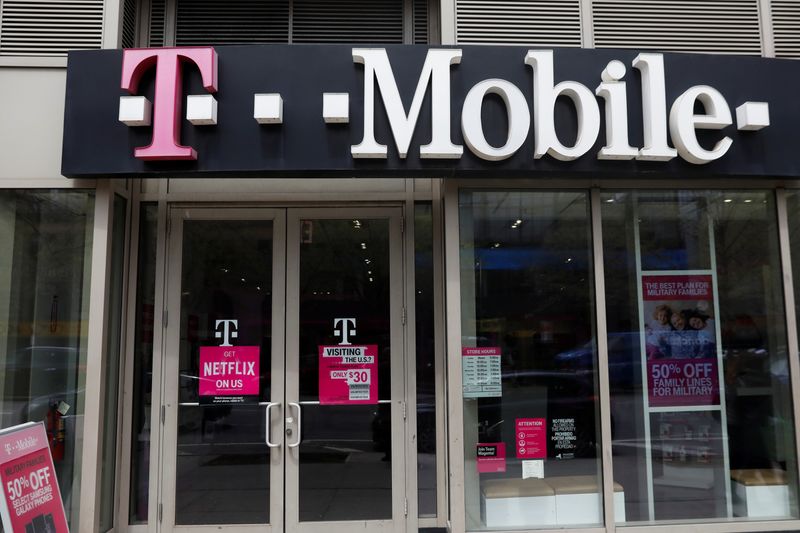 NEW YORK (Reuters) – T-Mobile US (NASDAQ:) Inc and Sprint Corp did not pursue a merger in order to reduce price competition in the U.S. wireless market, the chief executive of Deutsche Telekom (DE:), T-Mobile’s majority shareholder, testified on Tuesday in federal court in Manhattan.

A group of state attorneys general, led by New York and California, are suing to stop the $26.5 billion merger between the wireless carriers, arguing it would lead to higher prices.

Timotheus Höttges, who is chairman of T-Mobile’s board, testified that T-Mobile sought to merge with its smaller rival to increase scale and gain wireless spectrum, or airwaves that carry data, but denied the goal was to reduce competition. His testimony came on the second day of a trial that is expected to run until Dec. 20.

Attorneys for the states presented evidence on Tuesday from a T-Mobile board presentation in 2010, when the company first explored a deal with Sprint, that said the merger would have “potential to reduce price competition.”

Höttges downplayed the presentation, saying it had been prepared by advisers and was not an official Deutsche Telekom document.

T-Mobile and Sprint have already received approval for the deal from the U.S. Department of Justice and the Federal Communications Commission, after the companies agreed to sell Sprint’s prepaid phone business and some spectrum to satellite TV provider Dish Network Corp.

The companies argue that a stronger T-Mobile would result from the proposed takeover, making it better able to innovate and compete to reduce wireless prices. The case represents a break with the usual process of states coordinating with the federal government in reviewing mergers and generally coming to a joint conclusion.

The states have argued that Dish is not a viable competitor in the wireless market that could replace Sprint as the fourth-largest carrier. On Tuesday, Glenn Pomerantz, an attorney representing California in the lawsuit, asked Höttges whether he was aware that Dish had repeatedly failed to build a network using its vast holdings of wireless spectrum.

Höttges testified that Dish founder and Chairman Charlie Ergen was “not easy to deal with,” but said Ergen was known for being a great entrepreneur and would have all the ingredients needed to build a network once the merger closed.