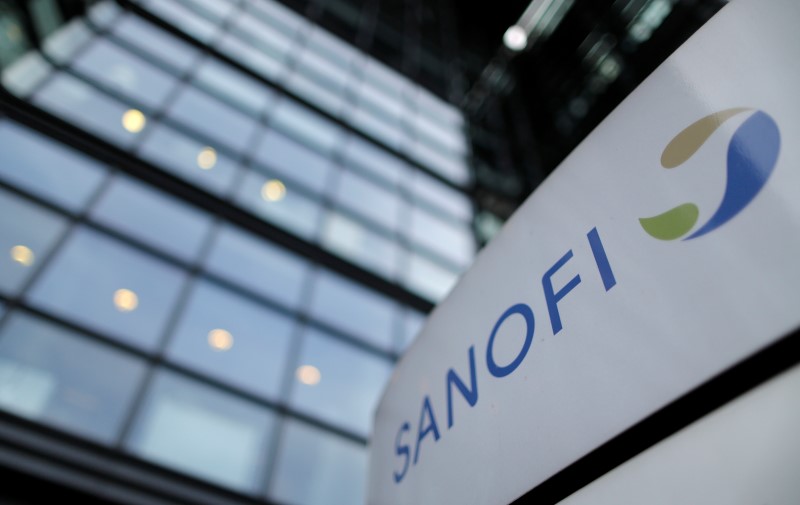 Investing.com — Shares in French pharma giant Sanofi (PA:) soared on Tuesday after the company said it would stop plowing money into developing new diabetes and cardiovascular drugs and also hinted at selling its consumer healthcare business in the medium term.

The news, presented at a capital markets day for investors, is the first big strategic step taken by new chief executive Paul Hudson since he joined from Novartis in September.

Giving up on diabetes treatments is a big deal for Sanofi (PA:), which dominated the space for most of the last two decades until its Lantus drug lost patent protection last year.

The trade-offs between in-house drug developments and M&A are a constant concern for big pharma companies, and Sanofi’s failure to replace its cash cow Lantus had weighed on its share price for months. Prior to the news, it had risen less than 10% this year, whereas its Swiss rivals Roche Holding (SIX:) and Novartis (SIX:) had risen more than 20% each.

“We recognize it is getting more difficult to get breakthrough innovation and that we have to be efficient and move our resources to areas of opportunity, as tough a choice as that is,” Reuters quoted Hudson as telling reporters.

Sanofi (PA:) shares rose as much as 5.4% on the news to close to the two-year high that they hit in October, before retreating slighty to be up 5.1% by 5 AM ET (1100 GMT). They were still the stand-out performer on a morning when all of Europe’s bourses lurched lower on fears that there will be no deal to avert the next round of U.S. import tariffs on Chinese goods taking effect on Sunday.

The benchmark was down 0.9% while the was down 0.7% and the trade-sensitive was down 1.2%. The U.K. was down 1.0%, with less than two days to go before polling in the general election starts.

Sanofi (PA:) had already given an inkling of what was in store on Monday, when it announced the acquisition of U.S. cancer drug specialist Synthorx (NASDAQ:) for some $2.5 billion. Oncology will be one of three main units in future, alongside vaccines and general medicines.

The company hinted that it may be willing to part with its consumer healthcare business – which includes Tamiflu and erectile dysfunction drug Cialis – in order to finance future acquisitions. The unit will be run as a standalone business in future, Sanofi (PA:) said.

In the meantime, it also plans to squeeze 2 billion euros ($2.2 billion) in cost savings out of its supply chain to support profits. Sanofi (PA:) is aiming for a core operating margin of 30% by 2022, up from 25.8% last year.