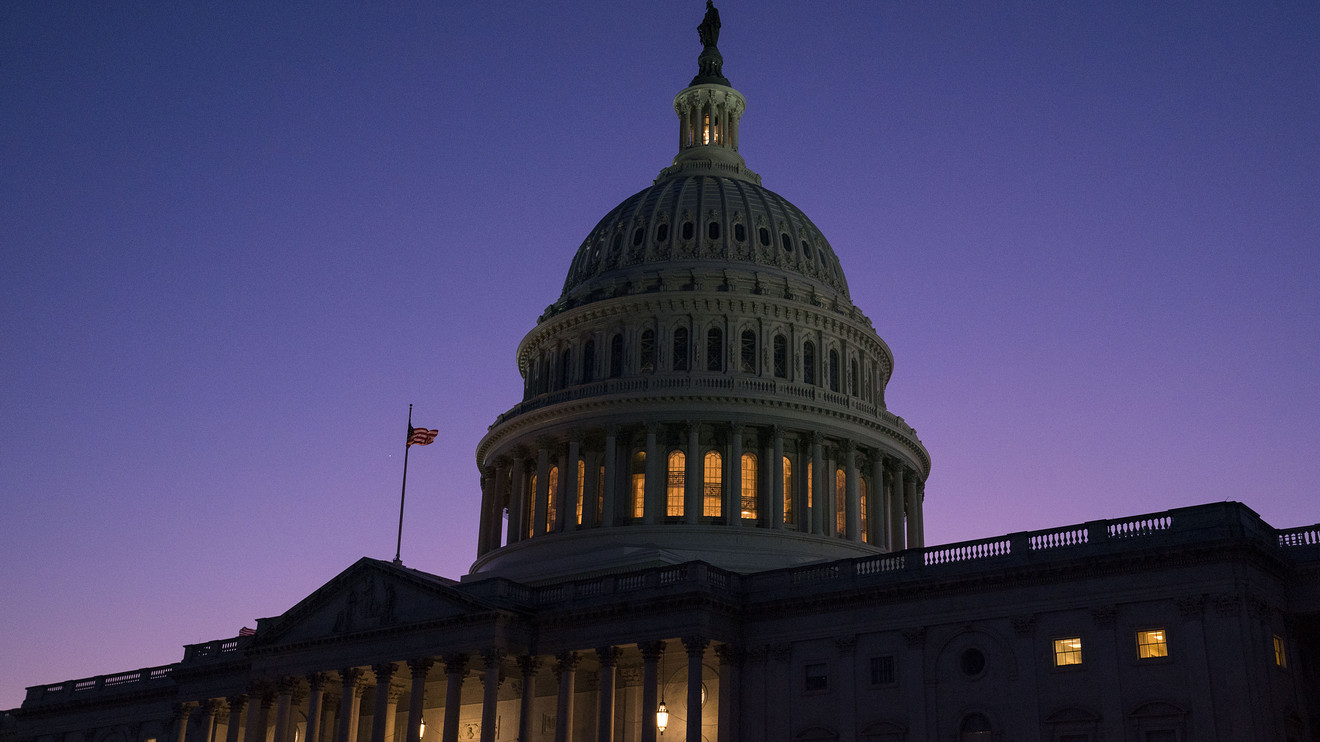 Stock-index futures were little changed Thursday, with investors unfazed by the widely anticipated impeachment of President Donald Trump by the House of Representatives late Wednesday and equities instead finding support in the wake of the U.S.-China trade deal and reduced worries over the global economic outlook.

What are stock indexes doing?

While the party-line vote by the Democratic party controlled House to impeach Trump on charges of abuse of power and obstruction of Congress dominates headlines, investors have largely ignored the proceedings, analysts said. Expectations the Republican-controlled Senate will vote against removing Trump from office have insulated the market against any concerns.

Read:Why stock investors aren’t rattled by Trump’s historic impeachment — and what it would take for that to change

“Markets have largely shrugged off President Trump’s impeachment on Wednesday night as investors remain confident that the Republican-controlled Senate will vote against removing Mr. Trump from office,” said Han Tan, market analyst at FXTM, in a note. “Instead, it’s the positive signs from the announced trade agreement that continue to dominate market direction.”

Major indexes scored a string of record closes before the Dow and S&P 500 index snapped their streak on Wednesday. The U.S. and China last Friday announced a long-sought “phase one” agreement on trade, while recent economic data has tentatively soothed worries over Europe’s economic slowdown and the global growth outlook.

Though U.S. stocks have gotten a lift since Friday, when the Trump administration and Chinese officials announced a phase-one trade deal, the gains have been limited, with the S&P 500 up a slight 0.7% since Friday’s close. Analyst said the lack of greater momentum could be related to the notable absence of information on the details of the trade agreement announced last week, which has yet to be signed.

The Chinese Ministry of Commerce said Thursday that it remains in contact with the U.S. as the text of the deal is drafted, though it has declined to confirm claims by the Trump Administration that the deal will involve $32 billion in agricultural purchases beyond the $24 billion in purchases made by the Chinese in 2017, before the trade spat began. “After the official signing of the deal, the content of the agreement will be made public,” Gao Feng, a spokesman at the Chinese commerce ministry said, according to Reuters.

Weekly data on U.S. jobless claims is due at 8:30 a.m. ET, with economists surveyed by MarketWatch looking, on average, for first-time benefit applications to fall to 235,000 in the week ended Dec. 14 from 252,000 the previous week. The Philadelphia Federal Reserve Bank’s regional activity index for December is due at the same time and is expected to fall to 8.0 from 10.4 in November.

A November reading on U.S. existing home sales is due at 10 a.m. ET, while November lead economic indicators are set for release at the same time.

Which companies are in focus

Shares of chip maker Micron Technology Inc. MU, +0.08%  rose nearly 4% in premarket action after the memory-chip maker forecast the current quarter would mark the “bottom” of a rough stretch.

Opinion: Micron calls a bottom, but doesn’t say what’s on the other side

Rite Aid Corp. RAD, +8.47%  stock rallied 22% before the start of trade Thursday, after the pharmacy retailer posted a third-quarter profit that was much greater than analysts expected after reporting a loss in the third-quarter of last year.

Shares of Match Group Inc. MTCH, +0.28%  jumped more than 5% in premarket trade after an agreement that will see Match fully separate from the businesses of IAC/Interactive Corp. IAC, -0.91%. The agreement will result in IAC and Mach becoming two independent publicly traded companies.