Home
Stocks
The Ratings Game: Nike’s Jordan brand just had its first billion-dollar quarter
Prev Article Next Article
This post was originally published on this site 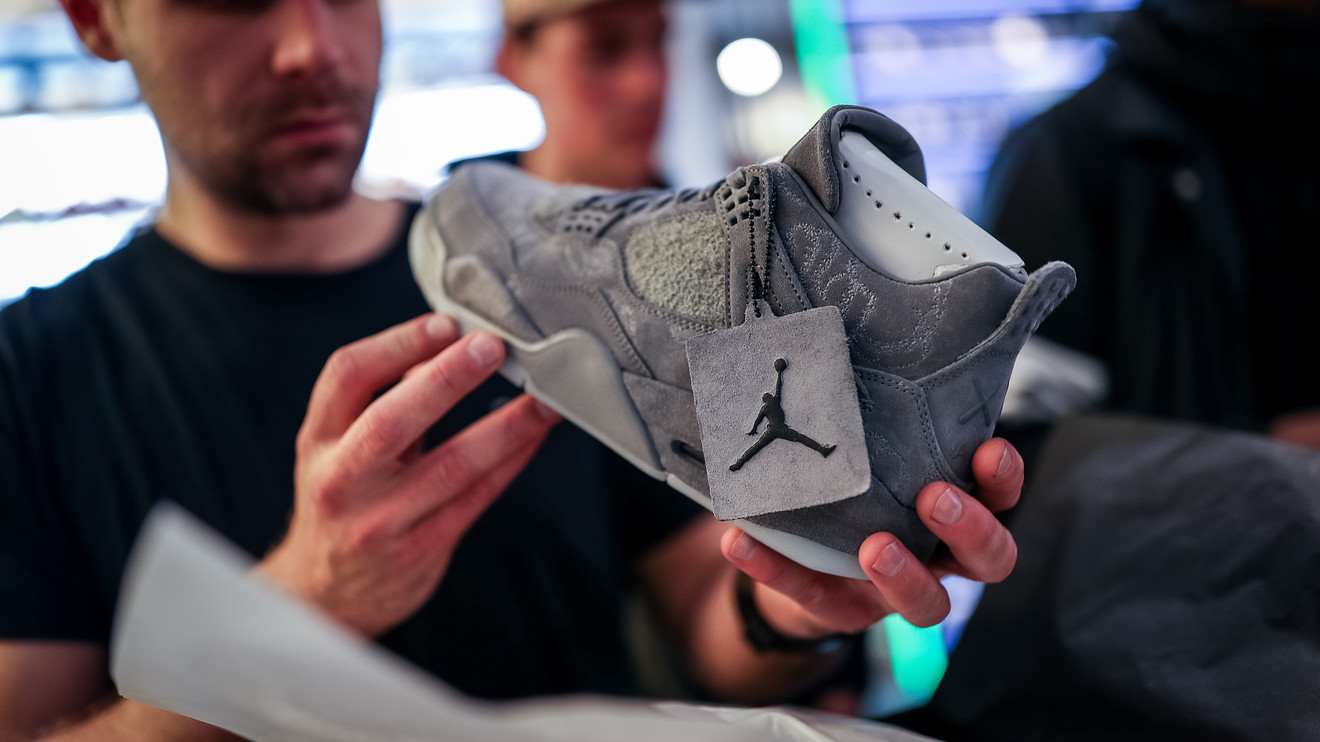 “The Jordan brand, on a wholesale equivalent basis, just earned its first billion-dollar quarter, an incredible milestone, and just as important, it was very high-quality growth,” Parker said on what was his final earnings call before stepping into the executive chairman role.

“The marketplace is healthy, and in many cases, demand is exceeding supply,” Parker said, according to a FactSet transcript.

While that number is impressive, analysts highlight that there are a lot of things all coming together to produce Nike’s better-than-expected results.

“Accelerating investments in digital, supply chain, and product innovation are paving the way for a bright future of continued top-line growth and margin expansion,” said Susquehanna Financial Group in a note.

Analysts rate Nike shares positive with a $115 price target, up from $106.

Nike reported fiscal second-quarter earnings per share of 70 cents and revenue of $10.3 billion. The FactSet consensus was for a profit of 58 cents per share and sales of $10.1 billion.

The results sent price targets higher, with bullish analysts maintaining their optimism for the athletic giant even as shares fell 1% in Friday trading.

“We often get asked, ‘What can stop Nike?’” said UBS analysts led by Jay Sole. “Our answer is not competition. Almost no other athletic wear company can keep up with the pace of Nike’s adaptation to the changing retail environment. This gives it an advantage which likely proves quite durable.”

UBS rates Nike shares neutral and raised its price target to $103 from $97.

“Nike appears in early innings of the benefits from its digital transformation investments, which we can only expect to have an accelerating benefit from here,” wrote Raymond James analysts led by Matthew McClintock.

“From a margin perspective, we believe the company has a substantial opportunity to find expense efficiencies over the immediate investment horizon (as well as solid continued gross margin expansion), which when combined with strong top-line growth presents a highly attractive EPS algorithm for shareholders even despite the relatively high valuation level.”

Raymond James rates Nike stock outperform with a $110 price target, up from $100.