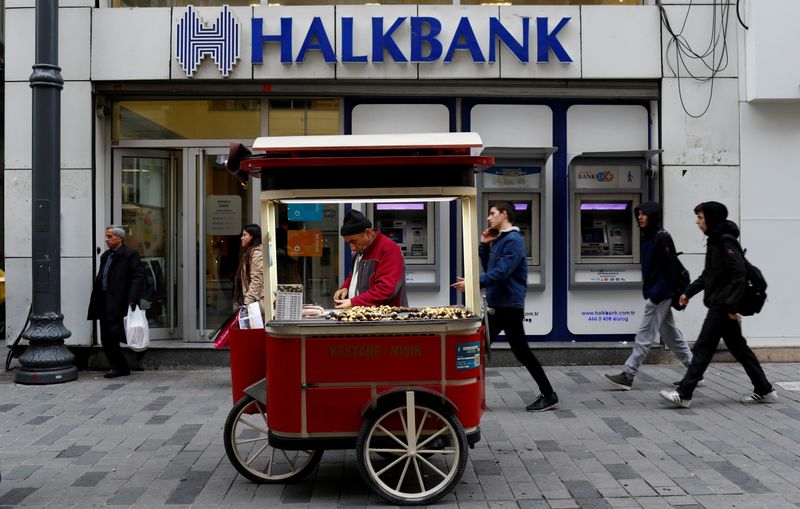 NEW YORK (Reuters) – A federal judge in Manhattan on Thursday rejected a request by Turkey’s state-owned Halkbank (IS:) to put on hold a federal prosecution accusing it of helping Iran evade U.S. economic sanctions.

U.S. District Judge Richard Berman said Halkbank would not face irreparable harm if the case proceeded, and that limiting its economic and reputational damage “may best be assured by Halkbank’s speedy response to the criminal charges.”

Berman also said the public had a strong interest in a “prompt adjudication” of Halkbank’s alleged role in a conspiracy to undermine the sanctions, including through the alleged transfer of $20 billion of otherwise restricted Iranian funds.

Lawyers for Halkbank did not immediately respond to requests for comment. A spokesman for U.S. Attorney Geoffrey Berman in Manhattan declined to comment.

Halkbank has resisted entering a plea to the federal fraud and money laundering charges announced on Oct. 15.

The bank had asked Berman to stay the case until the federal appeals court in Manhattan decided whether it could make a “special appearance” to challenge the jurisdiction of U.S. courts without first entering a plea.

Berman ruled on Dec. 5 that a plea should come first.

The charges threatened to complicate U.S.-Turkish relations, and were announced one day after U.S. President Donald Trump sanctioned Turkey following its launch of a military offense against Kurdish-led militia in northeastern Syria.

U.S. prosecutors alleged that from 2012 to 2016, Halkbank and its executives used money servicers and front companies in Iran, Turkey and the United Arab Emirates to evade sanctions.

They also said Halkbank engaged in transactions on Iran’s behalf that would have exposed the bank to sanctions, including allowing revenue from oil and gas sales to be spent on gold, and facilitating sham purchases of food and medicine.

The U.S. Department of Justice has charged nine people in the alleged scheme.

They included former Halkbank executive Mehmet Hakan Atilla, who was convicted in January 2018 after another defendant, wealthy Turkish-Iranian gold trader Reza Zarrab, pleaded guilty and testified against him.

Atilla returned to Turkey this year after leaving prison, and was named general manager of the Istanbul stock exchange.