Home
Stocks
Rockets fired at Baghdad’s Green Zone and a U.S. air base Saturday after funeral march for Iranian general
Prev Article Next Article
This post was originally published on this site 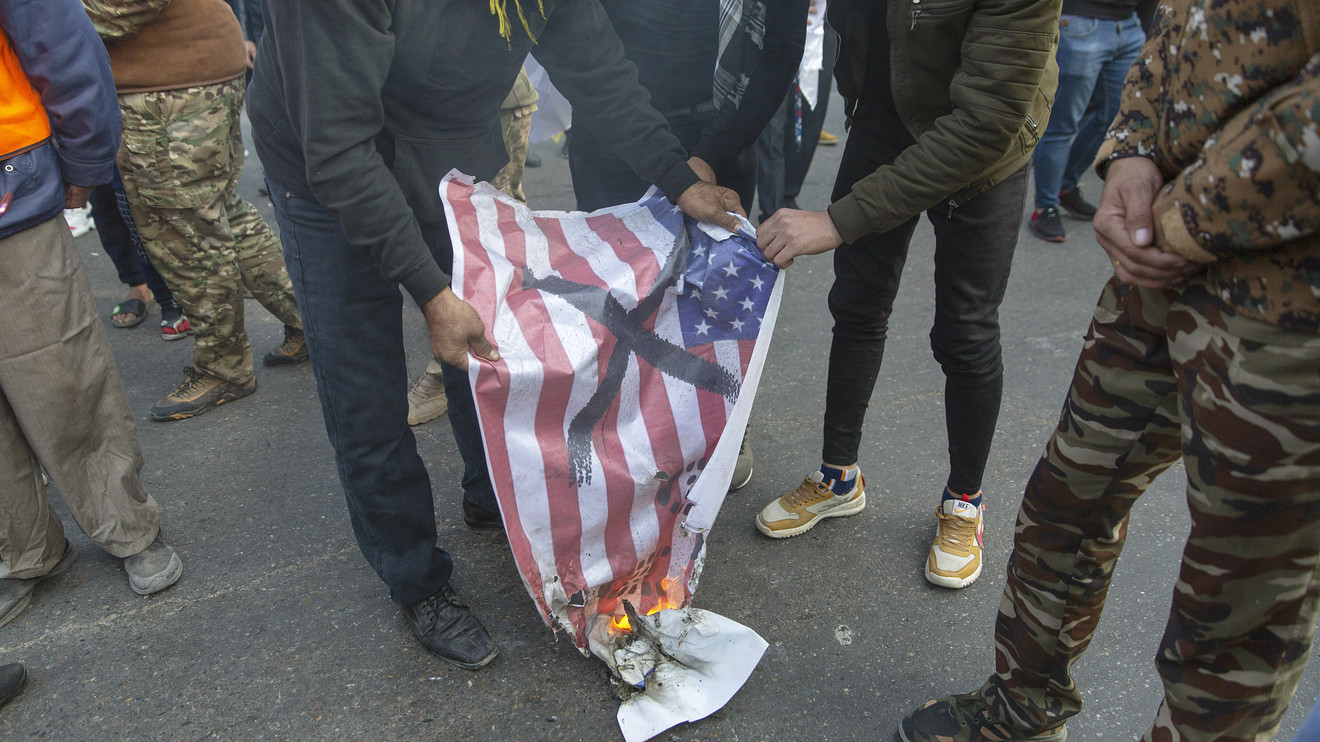 Several rockets hit the Green Zone, a heavily fortified area in Baghdad that hosts the U.S. embassy and other diplomatic missions, on Saturday after thousands of people marched in a funeral procession through Iraq’s capital for Major General Qassem Soleimani, the Iranian military leader killed in a U.S. airstrike on Friday.

Rockets also struck the Balad air base, located about 40 miles north of Baghdad, according to security officials and an Iraqi Interior Ministry official.

There were no immediate reports of casualties.

No one was injured by a Katyusha rocket that fell inside a square less than one kilometer from the embassy, according to an Iraqi security official. Another rocket in Baghdad landed about 500 meters from As-Salam palace where the Iraqi President Barham Salih normally stays in Jadriya, a neighborhood adjacent to the Green Zone, the official said.

Another security official said three rockets fell outside an air base north of Baghdad were American contractors are normally present. The rockets landed outside the base in a farm area and there were no reports of damages, according to the official.

An airstrike on Baghdad’s main airport killed Gen. Soleimani early Friday along with Abu Mahdi al-Mohandes, the leader of a major Iraqi paramilitary group that is backed by Iran. The strike has triggered fears of a regionwide crisis as Iranian leaders have sworn to retaliate against the U.S. or its allies for the death of Gen. Soleimani.

President Trump said the strike that killed Soleimani was intended to prevent a war, and that he doesn’t seek a regime change in Iran.

Gen. Soleimani’s death has injected new uncertainty into Middle Eastern geopolitics. With a powerful conventional military and allied paramilitary organizations across the Middle East, Iran has the capability to strike U.S. assets directly or attack U.S. partners across the region or the world.

“The Americans did not realize what a big mistake they made. They will see the impact of this criminal act not only today, but also over the coming years,” he said, according to Iranian state news agency IRNA.

Iranian military leaders stressed that retaliation could take time and could come via one of Iran’s regional allies.

“Thirty-five vital American positions in the region are within the reach of the Islamic Republic, and Tel Aviv—the U.S.’s heart and life—is also within our reach,” said Gen. Gholamali Abuhamzeh, a commander in the Islamic Revolutionary Guard Corps, part of which Gen. Soleimani commanded, on Friday, according to Iran’s Tasnim news agency.

The U.S. said it would deploy 3,500 additional troops to the region to increase security. The U.S. Embassy in Iraq urged all American citizens to leave the country immediately.

On Saturday, a spokesman for the Iraqi armed forces said the movement of coalition forces, including US troops, in the air and on the ground will be restricted, conditioned on receiving approval from Prime Minister Adel Abdul-Mahdi, the commander in chief of the armed forces.

It was not immediately clear what the new restrictions would mean, given that coalition troops were already subject to limitations and had to be coordinated with the Joint Operation Command of top Iraqi military commanders.

Iraq’s government, which is closely allied with Iran, condemned the airstrike that killed Soleimani, calling it an attack on its national sovereignty. Parliament is meeting for an emergency session Sunday, and the government has come under mounting pressure to expel the 5,200 American troops based in the country, who are there to help prevent a resurgence of the Islamic State group.

Iraqi Prime Minister Adil Abdul-Mahdi and senior Iraqi officials attended the funeral procession Saturday, which began at a Shiite Muslim shrine north of the city and wound through the streets of the capital, with mourners angrily denouncing the U.S.

Mourning for Gen. Soleimani is expected to unfold over four days, with ceremonies in several cities in both Iraq and Iran.

As key U.S. allies braced for a possible response by Iran, Saudi Arabia was among those calling for a decrease in tensions.

In 2018, President Trump withdrew from the 2015 international nuclear agreement with Iran and reapplied crippling sanctions.