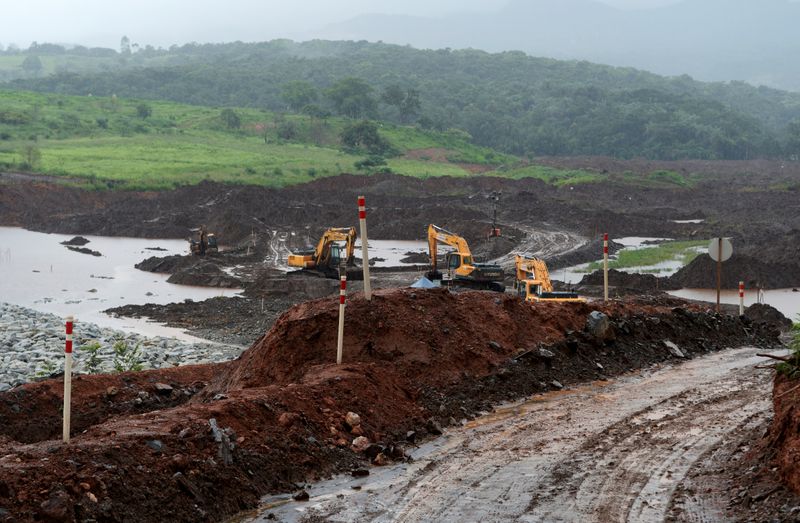 By Marta Nogueira and Christian Plumb

BELO HORIZONTE, Brazil (Reuters) – A Brazilian state prosecutor expects to bring criminal charges “in the next few days” against miner Vale (SA:) over a mining waste dam collapse that killed at least 259 people, even as the prosecutor’s federal counterpart continues to investigate the case.

Andressa de Oliveira Lanchotti, coordinator for the task force of state prosecutors investigating the disaster, told Reuters they expect to indict 15 to 20 people, including executives from Vale and employees from German inspection firm TÜV SÜD – as well as the companies themselves.

“What we can take away from the investigations is there were several factors pointing to risk – the risk was not unknown,” Lanchotti said, disputing Vale’s contention that it had no way of knowing that the dam that unleashed an avalanche of mining waste on the Brazilian town of Brumadinho in January 2019 posed a danger.

Federal police in September proposed criminal charges against Vale, TÜV SÜD and 13 of their employees, accusing the companies of working with falsified documents attesting to the stability of the dam.

Prosecutors believe TÜV SÜD had a vested interest in signing off on the dam’s safety so that it could get more work from Vale, which had fired another inspection firm which refused to certify the dam’s safety.

“There was a conflict of interest between TÜV SÜD and Vale because TÜV SÜD had lucrative contracts with Vale for other activities, to decommission dams, which makes obvious the regulatory shortcomings here,” she said.

A Vale spokesman said a panel of experts appointed by its lawyers found that the Brumadinho collapse had happened “abruptly and without apparent previous signs that could have been detected by geotechnical monitoring instruments usually employed by the global mining industry.”

In the same emailed statement, the spokesman said Vale had hired TÜV SÜD with the understanding that its inspectors would have “technical responsibilities, independence and autonomy in carrying out its services … prioritizing safety above all.”

Prosecutors appear eager to unveil charges against Vale ahead of the one-year anniversary of Brazil’s deadliest tailings dam disaster later this month, but a leading federal prosecutor told Reuters their investigation was weeks from wrapping up.

The federal prosecutor’s office in Minas Gerais state said it had hired geological experts from the University of Catalunya in Spain to examine what triggered the collapse at Brumadinho. That investigation will take until February and could be crucial in establishing Vale’s culpability, federal prosecutor Jose Adercio Leite Sampaio said in an interview.

Federal and state prosecutors have pledged to coordinate more closely in the Brumadinho investigation, acknowledging that the probe into Brazil’s last big mining disaster – a dam burst at a joint venture between Vale and Anglo-Australian miner BHP Group (AX:) – was undermined by disputes over areas of responsibility.

Prosecutors did not make it clear whether they were planning to charge current or former executives at Vale, which has distanced itself from several people investigated after the Brumadinho disaster. Rescuers have found 259 bodies in the months following the collapse, which swamped nearby buildings, forests and waterways with mud mixed with mining waste. Another 11 people are still missing.

Lanchotti and Sampaio both agreed that Vale may need to make more governance changes to improve risk management practices.

The Vale spokesman said the company “has always been committed to the safety of people and its structures and continues to improve its risk management processes,” adding that it had “provided all documents and information sought by the competent authorities.”