Home
Breaking News
U.S. to outline strong support for self-driving cars at CES
Prev Article Next Article
This post was originally published on this sitehttps://i-invdn-com.akamaized.net/trkd-images/LYNXMPEG071MB_L.jpg 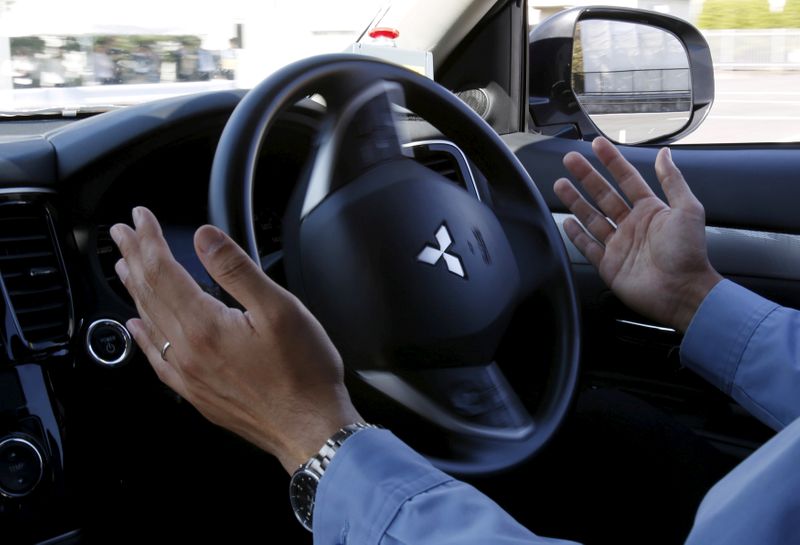 LAS VEGAS (Reuters) – The Trump administration on Wednesday will signal strong support for self-driving vehicles as it releases new guidance from federal agencies at the annual CES tech conference.

“The takeaway from AV 4.0 is that the federal government is all in — for safer, better and more inclusive transportation, aided by automated driving systems,” Chao plans to say, according to a copy of her remarks reviewed by Reuters.

White House technology adviser Michael Kratsios said in a statement the principles will “help foster an environment for innovators to advance safe AV technologies, and put the U.S. in a position of continued leadership in the future of transportation.”

The 51-page 4.0 policy document being released Wednesday says the U.S. government will adopt and promote “flexible, technology-neutral policies that will allow the public, not the federal government or foreign governments, to choose the most economically efficient and effective transportation and mobility solutions.”

The National Transportation Safety Board (NTSB) investigated the March 2018 death of a pedestrian in a crash with an Uber Technologies (NYSE:) Inc test vehicle, the first-ever attributed to a self-driving car. The NTSB faulted the distracted back-up who failed to intervene when the vehicle did not properly identify the pedestrian and Uber’s safety culture.

The NTSB said in November U.S. regulators should make those assessments mandatory and ensure automated vehicles have appropriate safeguards. Chao said she is still reviewing the NTSB recommendations.

Chao will say Wednesday that “automated vehicles have the potential to save thousands of lives annually… and would restore mobility for millions of people who face transportation challenges.”

The National Highway Traffic Safety Administration is reviewing how it can remove regulatory barriers to self-driving cars and considering whether to let General Motors Co (NYSE:) deploy some vehicles without steering wheels. Automakers must meet nearly 75 auto safety standards, many of which were written with the assumption that a licensed driver will be in control of the vehicle.

“I want the federal government to support innovation but not at the risk of safety,” Chao told Reuters.