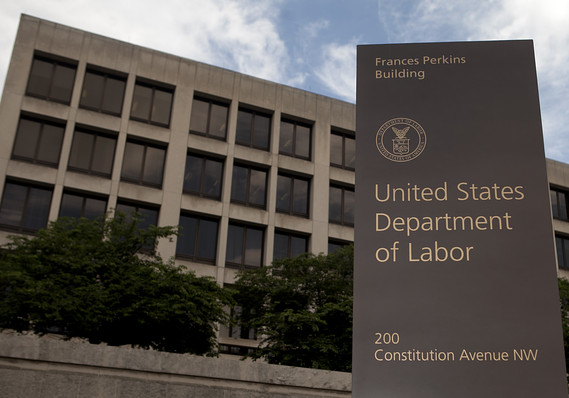 Are big changes in store for how the government releases key economic reports such as GDP and unemployment?

The Trump administration reportedly might curb a longstanding practice giving the media an early peek at sensitive U.S. economic data such as inflation and employment, marking the biggest change in decades in how critical market-moving information is distributed to investors and the public.

Bloomberg News on Tuesday reported an announcement could come soon, perhaps as early as this week. Officials at the Labor Department did not return messages seeking comment.

For years, a small group of reporters have been given access to government reports 30 to 60 minutes before the public in what’s called a lockup. Reporters are confined to a room at the Labor Department while they write their news articles. They get to ask questions, seek clarification or ask for historical comparisons to give context to what are often very complicated economic reports.

When the lockup ends, reporters file their articles online at the same time the government makes the reports available to the public.

How the lockup works pic.twitter.com/c0cw4WponH

The point of giving the media an early peek at economic data was to help ensure the news was disseminated accurately and broadly to the wider public at the same time. Every now and then reporters even find mistakes in the government data and help prevent the spread of incorrect information.

The tradition of lockups came under fire, however, in 2012 after several data breaches in the Obama and Bush administrations. Senior officials at the time complained about the fees earned by big news organizations that cater to large financial traders. Security was beefed up and access to lockups was tightened.

The Obama White House sought to impose even more restrictions on lockups, but it backed down after complaints from members of Congress and prominent media outlets such as Reuters, Bloomberg and Dow Jones, a sister publication of MarketWatch. MarketWatch also participates in lockups.

Doing away entirely with lockups could pose more pitfalls, critics warn. Banks, hedge funds or other big investing firms might seek ways to get the data faster — even milliseconds can count in financial markets — and gain an advantage over smaller investors.

The government might also have to invest a lot more in security and internet capacity to handle a much bigger crush of users going to government websites to get the data, potentially causing disruptive delays.

Other government agencies have phased out the use of lockups with little ill effect, though those reports don’t generally attract as many readers as key economic data does.