Home
Breaking News
U.S. to maintain tariffs on Chinese goods until Phase 2 deal: Mnuchin
Prev Article Next Article
This post was originally published on this sitehttps://i-invdn-com.akamaized.net/trkd-images/LYNXMPEG0D1LP_L.jpg 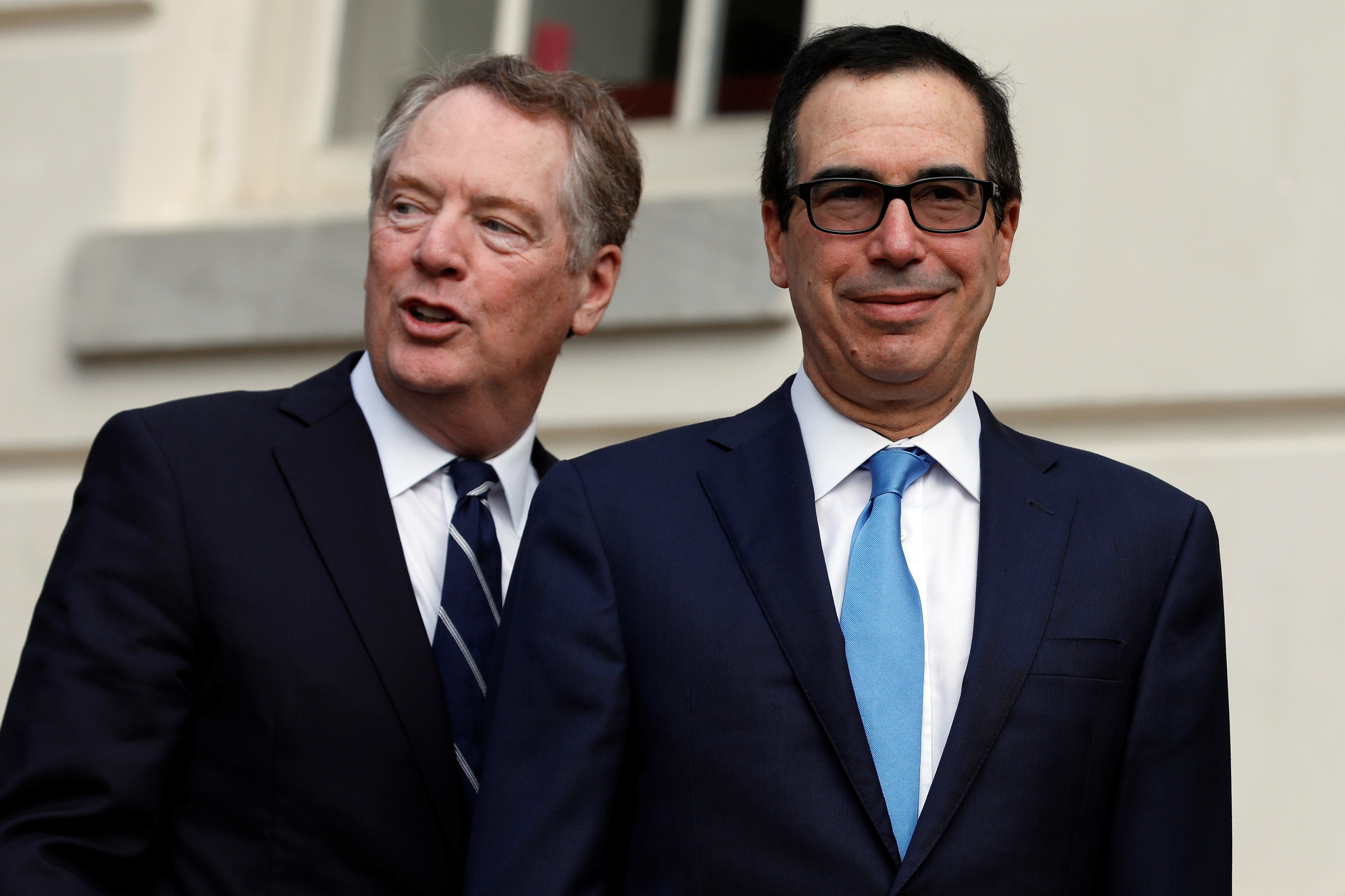 By Makini Brice and Andrea Shalal

WASHINGTON (Reuters) – The United States will maintain tariffs on Chinese goods until the completion of a second phase of a U.S.-China trade agreement, U.S. Treasury Secretary Steven Mnuchin said on Tuesday, a day before the two sides are to sign an interim deal.

“If the president gets a Phase 2 in place quickly, he’ll consider releasing tariffs as part of Phase 2,” Mnuchin said.

Trump is slated to sign the Phase 1 trade agreement with Chinese Vice Premier Liu He at the White House on Wednesday at 11:30 a.m. (1630 GMT). The signing occurs a week before the U.S. Senate is due to begin its impeachment trial of the U.S. president.

Trump became only the third U.S. president to be impeached when the House last month approved charges that he abused his power by pressuring Ukraine to announce an investigation into Democratic presidential rival Joe Biden and obstructed Congress.

Concerns about the trade deal weighed on U.S. stocks on Tuesday, sending shares lower after a Bloomberg report suggested U.S. tariffs could remain in place until after the November presidential election.

Mnuchin and U.S. Trade Representative Robert Lighthizer said earlier there was no agreement in place with China on further tariff reductions.

In a joint statement, they said all aspects of the Phase 1 trade deal with China would be made public on Wednesday, except a confidential annex that will detail U.S. products and services to be purchased by China.

“There are no other oral or written agreements between the United States and China on these matters, and there is no agreement for future reduction in tariffs. Any rumors to the contrary are categorically false,” they said.

Trump insists the tariffs are paid by the countries against which they are levied, but U.S. economists and businesses say they bear the brunt of the costs.

Americans for Free Trade, a coalition of more than 150 business associations that oppose tariffs, said the Phase 1 trade deal would do little to alleviate the burden of billions of dollars in tariffs being paid by U.S. businesses.

“The vast majority of the tariffs – which are taxes paid by Americans and not China – will remain in place, continuing to damage the American economy,” said spokesman Jonathan Gold.