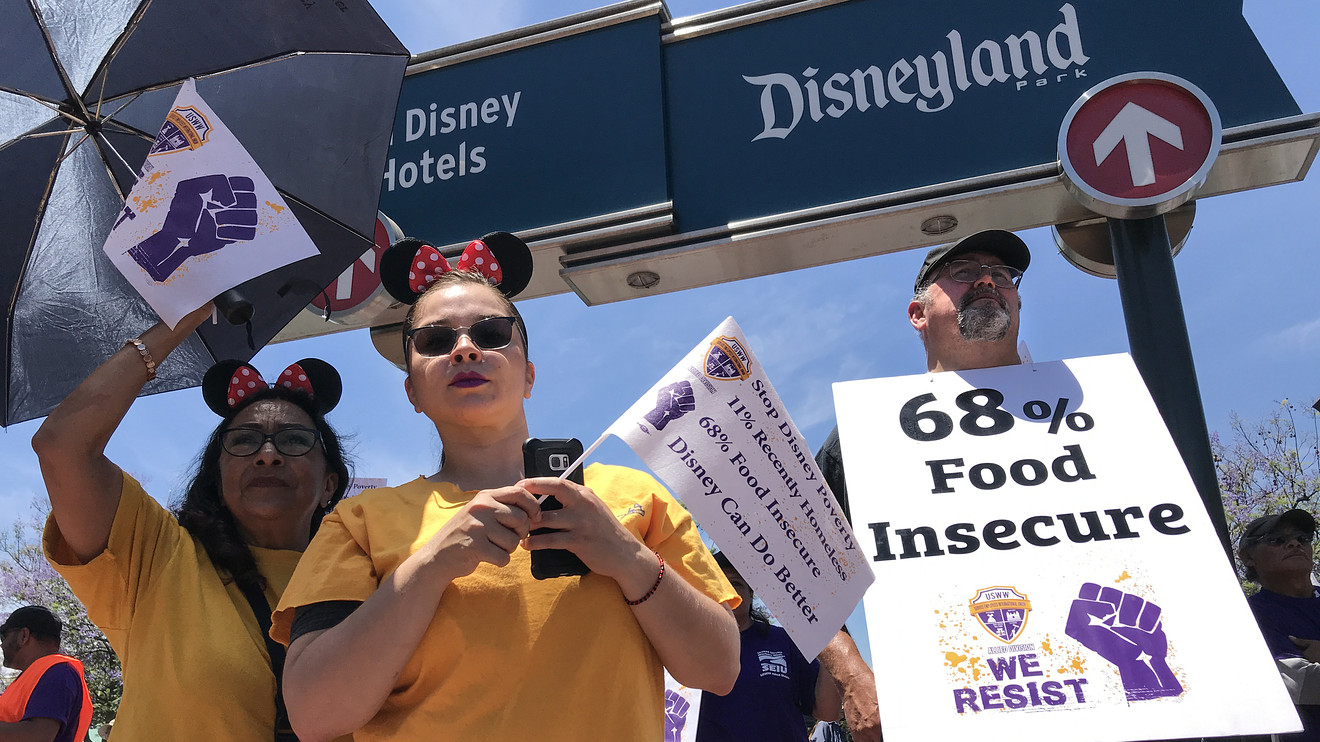 ‘At the happiest place on Earth, they are paid so poorly that they rely on food banks, sleep in cars or live so close to the bone that even a small problem could send them into a death spiral.’

That’s Disney heiress Abigail Disney explaining why she supports a bill in California that would increases taxes on companies depending on the gap between their highest paid executives and the rest of the workforce.

According to the Associated Press, the bill passed out of its first committee hearing Wednesday to stay alive ahead of a Jan. 31 deadline to pass the senate.

The proposal would only hit companies that earn at least $10 million in taxable income from business conducted in California, which includes Walt Disney DIS, +0.55% and some 2,000 other companies.

Abigail Disney, the granddaughter of Disney co-founder Roy Disney, lent her support to the bill, using her family’s business — she has not formal role — as an example of a company that needs to pay higher wages to its workers.

“If your entire reputation as a company relies on the idea of its clean floors, you had better be willing to pay your workers enough to do the job well and with dignity,” she told lawmakers this week. “Because dignity is not a perk.”

Last summer, Abigail Disney said she was “livid” after visiting Disneyland and hearing from employees what it’s like to work there.

“I went to Anaheim, and I wanted to be sure I understood the situation and the context really, really well,” she said at the time. “Every single one of these people I talked to were saying, ‘I don’t know how I can maintain this face of joy and warmth when I have to go home and forage for food in other people’s garbage.”

A Walt Disney spokesman told the AP that the company committed to a minimum wage of $15 an hour, health insurance starting at $6 a week, childcare subsidies and an initial investment of $150 million to cover college for workers.

“The truth is, Disney has made significant investments to provide for the upward mobility of our employees,” the spokesman said.