Home
Stocks
Key Words: ‘We’re all on a digital detox.’ How senators are handling device withdrawal during the impeachment trial
Prev Article Next Article
This post was originally published on this site 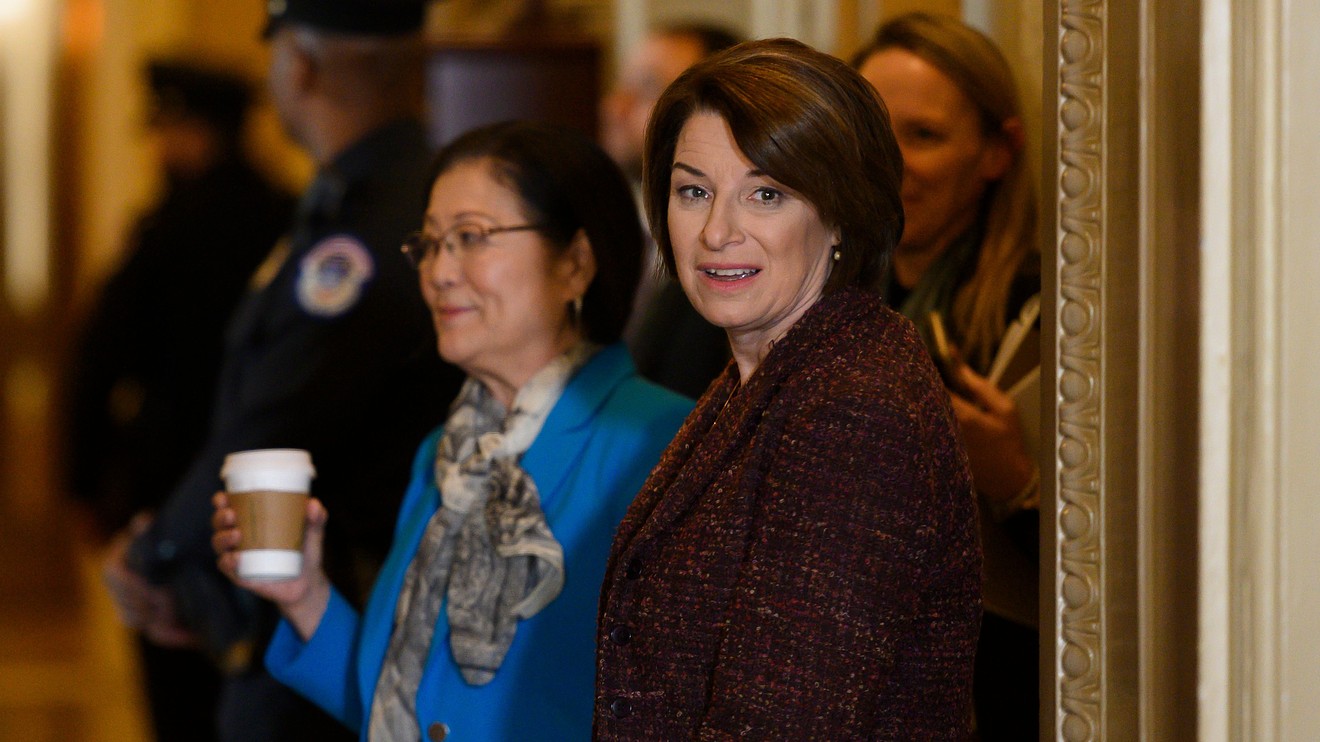 This is what happens when U.S. senators are left to their own devices, so-to-speak.

President Trump’s impeachment trial is officially underway, with senators serving as jurors. Each side gets 24 hours over three days to present its case, and the decades-old rules state that the senators must listen to each speaker in silence — and that includes a ban on cellphones in the chamber.

Technically, the phone ban is a perennial rule in the Senate, Reuters noted, but it’s being more strictly enforced during the impeachment trial — even as the chamber sticks to a schedule that could see 48 hours of arguments in six days, often running late into the night.

“We’re all on a digital detox,” Democratic Senator and presidential candidate Amy Klobuchar told Reuters during a break on Wednesday. “It meant people actually had to look at each other instead of looking down at their phones.”

But she also admitted to HuffPo that this was “not something I was used to.”

Some other senators are struggling with remaining unplugged for several hours at a time, as well.

Sen. Patrick Leahy (D-Vt.) did an impression of Gollum from “Lord of the Rings” during the first recess break on Tuesday, Politico reported, stroking his phone and saying, “Oh, my precious” when he finally got it back.

Sen. Mitt Romney (R-Utah) also admitted to Reuters that, “I do miss my electronic connection, I’ve got to tell you. No doubt about that.”

“It’s a little hard,” agreed Sen. Mazie Hirono (D-Hawaii), speaking to HuffPo. “But it makes us focus on what’s going on.”

“Many of my junior staff were concerned and alarmed. ‘How will you make it?’” said Sen. Chris Coons (D-Del.) to HuffPo. “I reminded them that I made it through all of law school without a cell phone, without an iPad. We may actually be able to focus more. It will be a needed digital cleanse.”

Indeed, disconnecting from our phones, tablets and other devices is looking more and more attractive to many Americans suffering tech fatigue — especially now that the average person spends more than 11 hours on their tablets and phones every single day.

Tweens and teens ages eight to 12 spend more than seven hours on their phones for leisure and entertainment every day, according to Common Sense Media’s latest report. When factoring in schoolwork and listening to music, that jumps to more than nine hours.

Read more: People spend most of their waking hours staring at screens

Recent health studies have warned that staring at screens and checking social media constantly is harmful to our physical and mental health, disrupt our sleep and inhibit our social skills IRL.

And many people find themselves glued to their devices for work. One in five employees (22%) confessed to checking emails in the middle of the night, according to a 2019 report, while more than half (58%) admit that one of the first things they do after waking up in the morning is check their work email from bed. We don’t even really unplug on vacation, with nearly four in five workers saying that being able to access work while out of the office makes them more comfortable taking time off.

So seven in 10 people in a 2018 GlobalWebIndex survey said they had tried to moderate their digital consumption in some way, while one in five had been on a fully unplugged digital detox.

And delebrities like Ariana Grande and Ed Sheehan have found happiness after unplugging from social media, and actress/singer Selena Gomez, who is one of the most popular influencers on Twitter TWTR, -0.44% and Instagram FB, -0.42%, takes frequent social media breaks.

Read more: Going on a social media detox like Ariana Grande could change your life