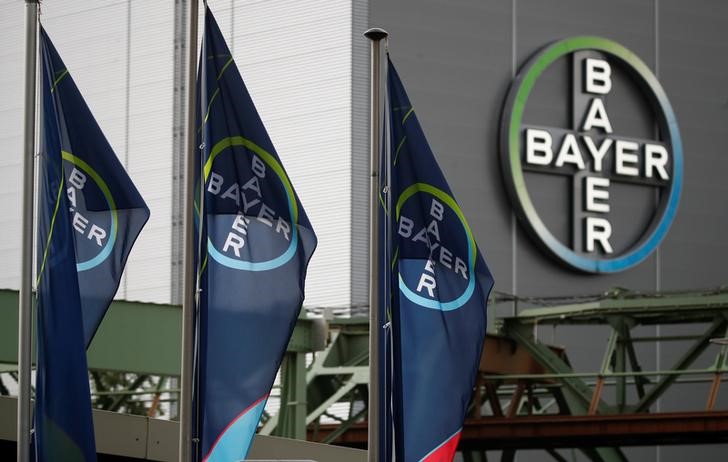 © Reuters. Logo of Bayer AG at a plant of the German pharmaceutical and chemical maker in Wuppertal

(Reuters) – Bayer AG (DE:) is set to face a fourth U.S. jury trial over allegations that its popular weed killer Roundup causes cancer, with four cancer patients in the hometown of its agricultural subsidiary Monsanto (NYSE:) scheduled to make their case beginning on Friday.

The lawsuit marks the first multi-plaintiff trial in the litigation over whether glyphosate, Roundup’s active ingredient, is carcinogenic, and is the trial outside of California. It is being held in St. Louis, where the Monsanto unit was headquartered before Bayer bought the company in a $63 billion deal in 2018.

Roundup cancer lawsuits against Bayer in the United States have ballooned to more than 75,000 since the company was hit with multibillion-dollar verdicts, as three consecutive juries found the company liable for causing cancer. Bayer is appealing those verdicts.

Bayer’s share price has tumbled since the first verdict in August 2018, and the company is currently negotiating with lawyers to settle the entire litigation.

While most plaintiffs’ lawyers have agreed to postpone trials pending negotiations, some have decided to pursue their clients’ day in court.

The case in Missouri’s Circuit Court for the 22nd Judicial Circuit of the City of St. Louis is scheduled to last several weeks, with both sides presenting extensive scientific evidence through expert witnesses.

Bayer denies all allegations that Roundup or glyphosate causes cancer, saying decades of independent studies have shown the world’s most widely used weed killer to be safe for human use and noting that regulators around the world have approved the product.

“At the end of the day, this trial should come down to the weight of the science, and we remain confident in the extensive scientific record and regulatory assessments that support the safety of our glyphosate-based herbicides and that they do not cause cancer,” the company said in a statement.

The case involves the claims of Bryce Batiste from Louisiana, Ann Meeks from Florida, Glen Ashelman from Pennsylvania and Christopher Wade, a St. Louis resident. All four have been diagnosed with non-Hodgkin’s lymphoma, a blood cell cancer that plaintiffs in the litigation allege is caused by Roundup.

Some legal experts said Bayer could benefit from a home advantage in the St. Louis trial, where Monsanto has century-old roots. But juries in the city are also known to dole out massive damages awards against large corporations.