Home
Breaking News
U.S. Extends Clampdown on Iran With Sanctions on Energy Firms
Prev Article Next Article
This post was originally published on this sitehttps://i-invdn-com.akamaized.net/content/pic473a54d6cc3cba26ec89a59099e80264.jpg 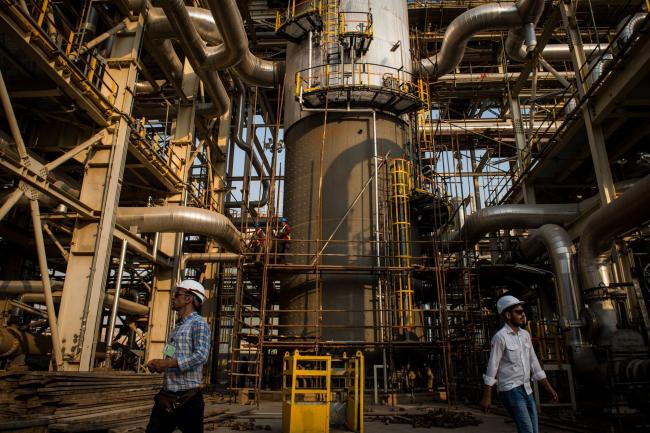 (Bloomberg) — The U.S. sanctioned four companies that it says have traded hundreds of millions of dollars worth of Iranian petroleum and petrochemicals in its latest effort to clamp down on the Islamic Republic’s revenue sources.

The move is a continuation of the White House’s aggressive strategy to penalize firms dealing with Iran, a country it nearly went to war with earlier this month. Last July, It sanctioned Zhuhai Zhenrong Co., a secretive company with links to the Chinese military and a history of taking Iranian crude and fuel. A couple of months after that it threw global shipping markets into disarray after it penalized a unit of COSCO Shipping Corp.

“Iran’s petrochemical and petroleum sectors are a primary source of funding for the regime’s global terrorist activities and enable its persistent use of violence against its own people,” Treasury Secretary Steven Mnuchin said in the statement.

In 2019, Triliance Petrochemical ordered the transfer of the equivalent of millions of dollars to NIOC as payment for Iranian petrochemicals, , and petroleum products shipped to the U.A.E. and China after the expiration of any applicable exceptions, the Treasury Department said. In facilitating these shipments, Triliance worked to conceal the origin of these products, it added.

Triliance and Sage are based in Hong Kong, while Peakview is headquartered in Shanghai and Beneathco in Dubai. Calls to Triliance’s head office went unanswered, while a person at Beneathco declined to immediately respond to questions. Contact information for Sage and Peakview wasn’t immediately available.

All property and interests in the property of the designated companies are blocked and U.S. persons are generally prohibited from engaging in transactions with them, while foreign financial institutions that knowingly deal with them may be penalized, the department said.