Home
Breaking News
FCC to move forward on C-Band auction, may back incentives to shift spectrum: source
Prev Article Next Article
This post was originally published on this sitehttps://i-invdn-com.akamaized.net/trkd-images/LYNXMPEG0S23K_L.jpg 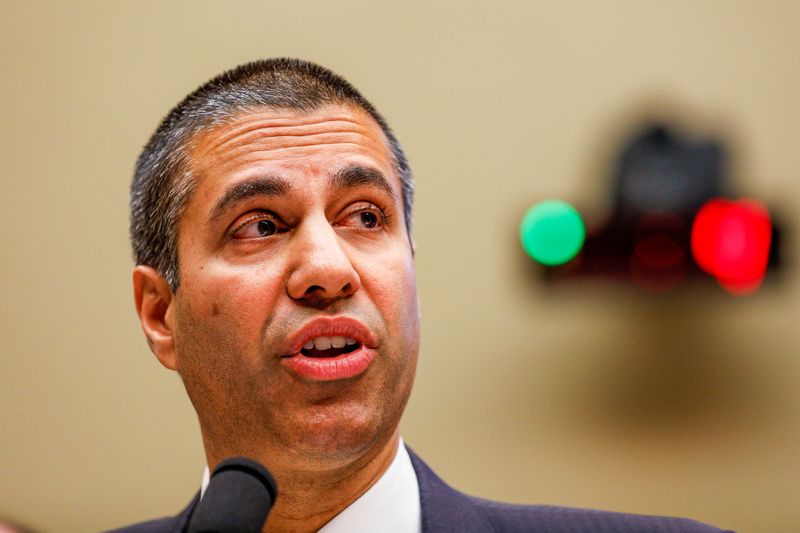 WASHINGTON (Reuters) – The Federal Communications Commission plans to move ahead in February with a planned public auction to free up spectrum in the key C-band and could endorse “low single-digit billion-dollar” incentive payments to shift existing satellite users, a person familiar with the matter said.

The C-band is a block of spectrum used by satellite company customers to deliver video and radio programming to 120 million U.S. households. It is seen as the most likely short-term source of available spectrum for next-generation 5G use.

FCC officials briefed congressional staff last week that the commission believes it could cost about $4 billion to $5 billion to relocate satellite firms and is considering proposing “low-single-digit billions” in incentive payments to speed the transition.

The FCC does not think it needs new congressional legislation to move forward, the person said, and is considering funding the payments with a surcharge paid by winners of the spectrum action.

Experts believe the C-band spectrum can be divided to maintain existing service and deliver 5G service. FCC Chairman Ajit Pai said in November he supported a public auction of 280 megahertz of the C-band.

The FCC is expected to move forward on the auction at its February meeting and decide next week whether it will endorse incentive payments, the person said.

The FCC plans to finalize auction procedures in the coming months as it aims to launch the auction by year end.

Major satellite service providers including Intelsat SA (N:), Telesat and SES SA, which form the “C-Band Alliance,” said last week they were seeking “fair compensation” to quickly clear the spectrum. They argue that without their cooperation, “this critical 5G spectrum will not be made available for at least 10 years.”

They previously proposed selling the spectrum privately to wireless carriers, arguing a private sale would make the spectrum available faster for 5G. A spokesman for the C-Band Alliance said low-single-digit-billion incentive payments “is not going to do it.”

Another satellite company, Eutelsat SA (PA:), in a letter last Thursday to the FCC, proposed up to $7 billion in transition funds to “quickly” make spectrum available for 5G, including $4.5 billion in relocation costs.

Democratic U.S. Senator Maria Cantwell said in December a Republican bill approved by the Commerce Committee to set C-Band auction rules could give the satellite companies a “windfall of up to $20-30 billion of the spectrum auction proceeds.”

A bill sponsored by Cantwell would limit payments to providers for costs they incur in relocating at up to $5 billion.