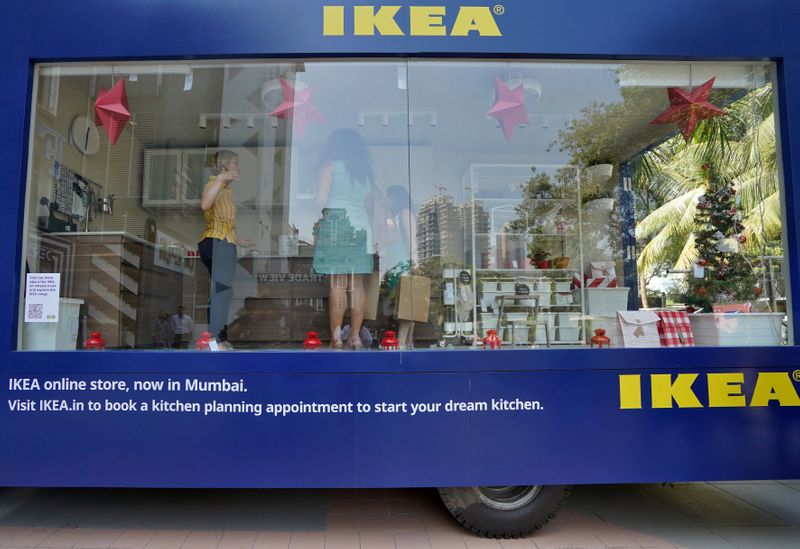 By Aditya Kalra and Chandini Monnappa

NEW DELHI/BENGALURU (Reuters) – India on Saturday raised taxes on imports of goods such as electronic items, toys and furniture, aiming to give impetus to domestic manufacturing in a move that will hit Sweden’s IKEA and other foreign firms.

The measures, announced by Finance Minister Nirmala Sitharaman in her 2020-21 budget, come amid criticism from some companies that India has increasingly resorted to protectionist rules that discriminate against foreign companies.

Listing the new taxes, the government said they were in line with Prime Minister Narendra Modi’s “Make in India” program aimed at promoting domestic industry.

Taxes on imports of items including kitchenware, fans and small electrical appliances will be doubled to 20%, while the levy on furniture including seats, lamps and mattresses will be raised to 25% from 20%.

IKEA’s India CEO Peter Betzel said the company was disappointed with the increase. “We are further evaluating the impact of the hike on our total business,” he said. IKEA, which has committed more than 1.5 billion euros ($1.7 billion) in India investments, imports roughly 75% of goods sold in the country.

Sitharaman defended the decision, saying the rationale was that if certain goods were being manufactured locally at “equal quality, if not better, (then) we had no reason to import.”

Taxes on imported toys would be tripled to 60%, a move one industry executive said could hit imports of toys made by firms such as Lego, Hasbro (O:) and Mattel (O:), and boost smuggling of unbranded toys from abroad.

The new tariffs also come as India and the United States try to resolve trade differences and have been at odds over certain tariffs. Washington has been urging India to not impose trade barriers that restrict growth of American firms.

The government also said a tax of 5% will be imposed on imported medical device imports to fund health infrastructure. The measure could hit firms such as Abbott (N:) which are already battling price caps imposed by the government.

“It would make some imported medical devices costlier and that increase will likely be passed on to consumers,” said an India-based executive of foreign medical device company.

The duty on shelled walnuts will be raised to 100% from 30% while certain car and smartphone parts will also face higher import taxes.