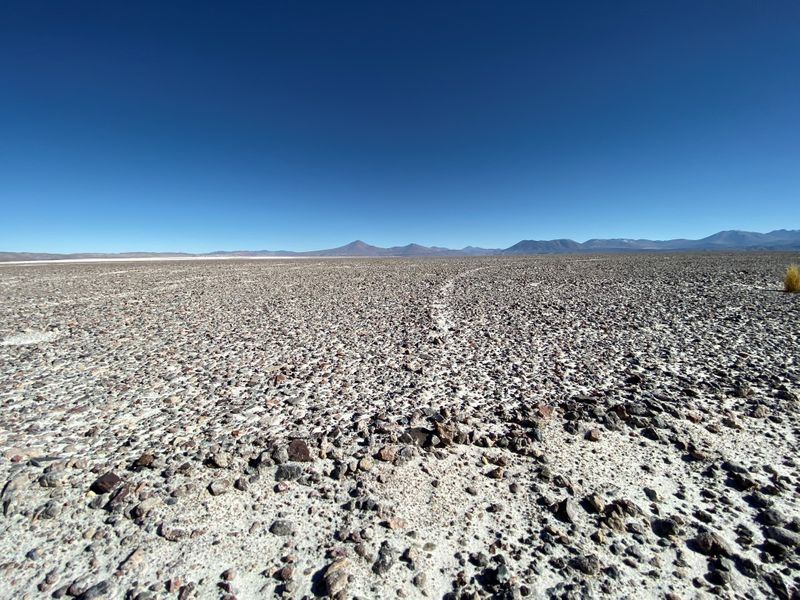 SANTIAGO (Reuters) – German automakers Volkswagen (DE:) and Daimler have launched a study to push for more “sustainable” lithium mining in Chile, according to lobbyist filings reviewed by Reuters, a sign of growing supply chain concerns ahead of an expected electric vehicle boom. Chile’s Atacama salt flat is by far the biggest source of supply of the ultralight battery metal in South America’s so-called “lithium triangle.” The region, whose fragile ecosystem relies on a limited water supply, is home to the globe’s top two producers, U.S.-based Albemarle and Chile’s SQM.

But concerns over sustainability have long plagued Atacama’s miners, which extract the metal from pools of brine beneath the world’s driest desert. Residents and environmental groups worry about potential damage to a regional ecosystem home to an ancient indigenous culture, lagoons inhabited with rare flamingos and a booming tourism industry.

“This project is driven by the Volkswagen and Daimler companies,” the filings read. “The growing importance of batteries has made the sustainability of lithium a key priority for these companies.”

Volkswagen and Daimler did not immediately respond to requests for comment.

Reuters reported exclusively on Monday that Volkswagen had visited the salt flat in January, amid a broader push to encourage sustainable production of key links in the EV supply chain.

The filings suggest work has already begun on the “feasibility study,” commissioned by Volkswagen and Daimler, including talks with local communities, regulators and miners.

The goal of the meetings, according to the filings, is to develop a “joint action plan” and in time, “implement prioritized actions” to address the growing concerns about lithium mining in the region.

The water usage issue and concerns about sustainability have emerged as a key vulnerability for Chile as a lithium mining hot spot. Australia, the world’s No. 1 producer of the white metal, produces its lithium from hard rock, not brine.