Home
Breaking News
Can a 'numbers guy' with insurance DNA finally fix AIG?
Prev Article Next Article
This post was originally published on this sitehttps://i-invdn-com.akamaized.net/trkd-images/LYNXMPEG1B12G_L.jpg 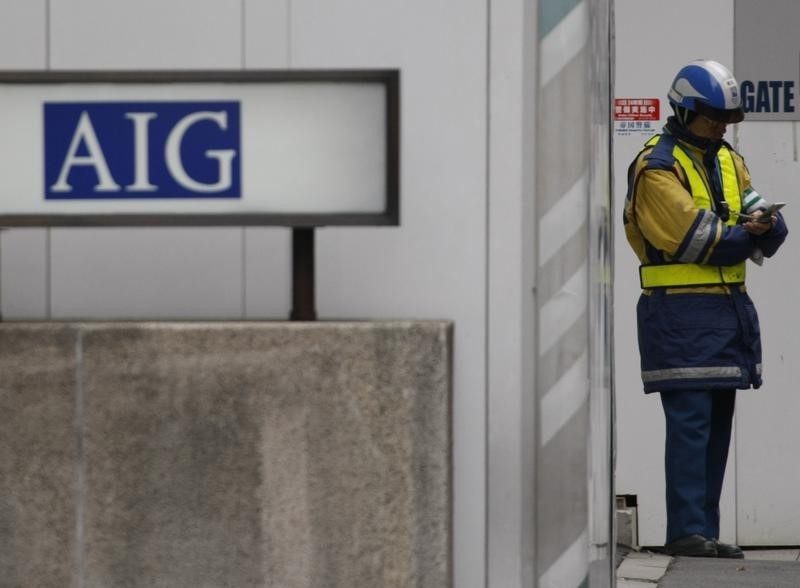 NEW YORK (Reuters) – Peter Zaffino sat at 2 World Trade Center poring over financial reports on the morning of Sept. 11, 2001, when the first plane struck a neighboring building. Zaffino, known by colleagues for his laser-like focus, remained at his desk as staff began fleeing.

It was not until a fire warden pleaded with Zaffino – who was then an executive at reinsurance brokerage Guy Carpenter – that he finally left, a person familiar with the situation said.

Zaffino, 53, is now poised to become the next chief executive of American International Group Inc (N:), one of the largest U.S. insurers, after being named president in December.

Current CEO Brian Duperreault, 72, who has not said that he is leaving, hired Zaffino as AIG’s chief operating officer in 2017 and soon after also named him head of AIG’s general insurance business.

Reuters spoke to 11 associates who offered a portrait of what Zaffino may be like as AIG’s next CEO, as is widely expected.

They said Zaffino is as rigorous about underwriting as he is enthusiastic about revenue growth. He expects his team to rattle off performance statistics on demand while knowing how they align with the company’s goals.

AIG’s next CEO will be the seventh since 2005. The company is in the midst of a turnaround launched by Duperreault nearly three years ago.

Zaffino is described as a hard-driving “numbers guy” who digs deep into raw data to evaluate business lines instead of relying on managers’ reports.

Added another person who knows Zaffino and who spoke on condition of anonymity: “You can’t outwork him. He’s on the job 24-7.”

The person described Zaffino as always “on,” coaching his deputies during short car trips between events at off-site management meetings.

Zaffino is fiercely competitive and disciplined, characteristics that date back to when he played as a Boston College soccer goalie and trained with the U.S. Men’s national team, they said.

Zaffino grew up as his father, longtime insurance executive Salvatore Zaffino, rose through the ranks of the industry, exposing him to industry leaders.

An operating chief is generally next in line for the CEO job, executive consultants said. That does not always happen, but naming that person president typically signals an imminent transition, perhaps within a year.

AIG has struggled to right itself after accepting a $182 billion U.S. taxpayer bailout in 2008 to save it from collapse. Since then, the company has sold off big chunks to pay back the debt plus a $22.7 billion return. It also had to work through hefty losses from claims occurring in prior years that led to more than $11.2 billion in unexpected reserve increases since 2015, most of which occurred under prior leadership.

Analysts and investors want Duperreault to be the last CEO whose chief responsibility is fixing old problems instead of finding ways to increase revenue. When AIG reports 2019 earnings on Thursday, Wall Street is hoping it will have significantly improved commercial underwriting profit, and is on track to meet a double-digit return-on-equity goal by 2021.

In May, AIG reported its first underwriting profit in general insurance since the financial crisis, a key goal.

Before joining AIG, Zaffino accumulated a wealth of experience as CEO of Marsh & McLennan Companies Inc’s (N:) reinsurance arm and its retail insurance brokerage. He was also an executive for a former General Electric Co (N:) subsidiary that focused on alternative risk insurance and reinsurance, after launching his career at Hartford Financial Services Group Inc (N:).

Zaffino has been the point man to execute those goals, partly by mitigating losses in commercial property and casualty businesses and relying more on reinsurance while also modernizing technology and processes. He also helped to recruit a number of executives.

Nonetheless, AIG’s stock has dropped more than 11% since the current management team arrived. Analysts say whoever runs AIG next will have to fix that, too.

“They want things to happen right now,” said Piper Sandler analyst Paul Newsome, of AIG’s executives. “If you are working in that group, you are under pressure to do it right, do it now, and do it big.”