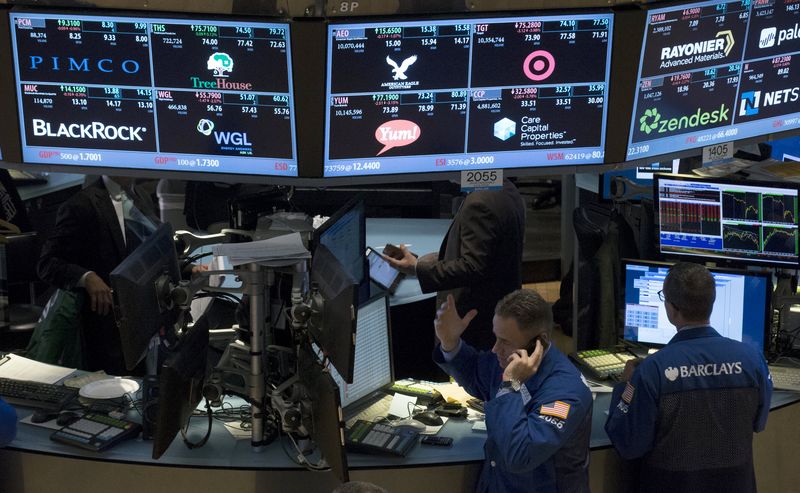 Investing.com – U.S. stocks are set to open higher Wednesday, continuing the recent positive trend as investors take heart from signs the coronavirus outbreak might be peaking.

The death toll from China’s coronavirus, officially called Covid-19, now exceeds 1100, but there have been signs the outbreak may be peaking at the epicenter of the crisis.

Authorities in Hubei, the province where the outbreak likely originated, said there were an additional 1,638 confirmed cases of the virus Wednesday. That is almost one-third less than the previous day’s new cases. However, reports from outside China suggest that this may be due more to changes in China’s way of counting. China’s National Health Commission said last week that it would no longer count new cases as confirmed until patients started showing symptoms of the disease. China’s own studies suggest that people can remain asymptomatic for up to 24 days after catching the virus.

Both the S&P and Nasdaq again closed at record high levels Tuesday, posting gains in six of the last seven trading sessions and having their best months since June.

The large-cap tech companies, which have been behind a lot of the recent gains, will be in focus Wednesday following the announcement of a regulatory probe into previous deals by these firms. The move raised fears over a more aggressive regulatory crackdown on big tech.

Boeing (NYSE:) is also expected to be in the spotlight after the aircraft maker reported late Tuesday that it received no new orders for commercial jets in January. By contrast, its major rival Airbus (PA:) received 274 orders.

Elsewhere, the U.S. earnings season may be coming to an end, but there are still some well-known names reporting.

Shares in Lyft (NASDAQ:) traded over 4% lower after hours despite reporting late Tuesday more than $1 billion in quarterly revenue. However, the ride-hailing company didn’t move up its estimates for making a profit, a disappointment in the light of Uber’s hopes of becoming profitable at an underlying level by the end of this year.

Shares in Bed Bath & Beyond (NASDAQ:) slumped 25% after announcing late Tuesday that same-store sales declined in December and January. The company, whose stock is heavily shorted, said it was facing inventory challenges and issues attracting customers to its stores.

CVS Health Corp (NYSE:) reported fourth-quarter earnings that beat analysts’ forecasts and revenue that topped expectations. These numbers may have impressed, but investors in CVS, as well as other stocks tied to healthcare, will be keeping an eye on developments in the Democratic primaries. This is especially with respect to Sen. Bernie Sanders, who won in New Hampshire on Tuesday and is running on a platform of single-payer health care.

Cisco (NASDAQ:) reports quarterly results after the bell Wednesday. The networking giant is expected to report a profit of 76 cents per share on revenue of about $12 billion, according to analysts’ forecasts compiled by Investing.com.

The economic calendar is pretty bare Wednesday, but Federal Reserve Chairman Jerome Powell will be back on Capitol Hill for the second half of his semiannual Congressional testimony.

Powell will start speaking to the Senate Banking Committee at 10:00 AM ET (1500 GMT), after testifying before the House Financial Services committee Tuesday.

Elsewhere, the oil market has pushed higher Wednesday, rebounding a touch after recent losses. The U.S. government cut its forecast for world oil demand this year by 300,000 barrels a day, due to the virus outbreak, while the latest OPEC monthly report followed suit by cutting its forecast by 230,000 barrels a day..

The Energy Information Administration will report the latest weekly figures for U.S. oil supplies at 10:30 AM (15:30 GMT). Analysts are expecting the EIA to report a rise in inventories of about 3 million barrels, according to forecasts compiled by Investing.com.

Late Tuesday, the American Petroleum Institute said that according to its measure crude stockpiles rose by 6 million barrels for the week ended Feb. 7.