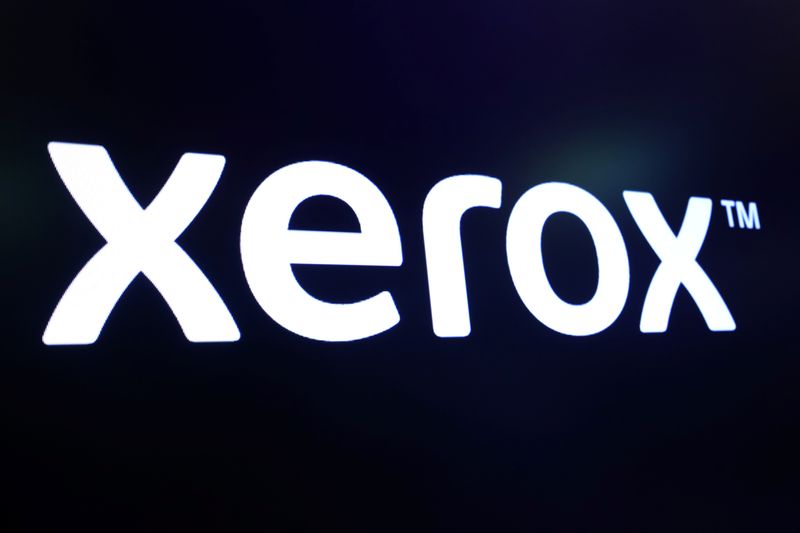 By Krystal Hu and Greg Roumeliotis

(Reuters) – U.S. printer maker Xerox Holdings Corp (N:) is hosting a dinner for HP Inc (N:) shareholders this week as it seeks investor support to overcome the personal computer maker’s resistance to its $35 billion takeover bid, according to people familiar with the matter.

The charm offensive comes after Xerox raised its cash-and-stock bid for HP last week by $2 to $24 per share ahead of a tender offer it plans to launch in early March. It is also asking HP shareholders to replace HP’s board directors with Xerox’s nominees at the company’s annual shareholder meeting later this year.

HP, whose shares ended on Friday at $22.37, is expected to dismiss the sweetened offer as inadequate when it unveils its most recent quarterly earnings on Feb. 24. It told investors last week it wants them to have “full information” on the company before responding publicly to Xerox.

Xerox has invited some HP shareholders to a dinner at a restaurant in the Riverside neighborhood of Greenwich, Connecticut on Feb. 18, the sources said. Xerox CEO John Visentin is expected to attend, one of the sources added.

Enough HP shareholders backing HP CEO Enrique Lores could embolden the company to remain independent or hold out for a better deal.

Other such meetings are possible in the coming days, said another of the sources, who asked not to be identified because the meeting is confidential.

Xerox and HP did not immediately respond to requests for comment.

Xerox has said it expects the combination with HP, which has four times its market capitalization of about $8 billion, to yield approximately $2 billion in cost synergies. The two companies focus on complimentary segments of the printing market.

The printing industry is in decline as companies and consumers turn to digital documents to save money and help the environment. This has put pressure on companies in the sector to consolidate and reverse their revenue decline through acquisitions that can boost their market share.

HP, which separated from servers and networking equipment provider Hewlett-Packard Enterprise Inc (N:) in 2015, has participated in this consolidation, acquiring Samsung Electronics Co Ltd’s (KS:) printer business for $1.05 billion in 2017.

HP has been reluctant to engage in deal discussions with Xerox since November, when the latter launched its takeover campaign after reaching a settlement with Fujifilm Holdings Corp (T:) that resolved a legal dispute over their 57-year-old joint venture and a previous attempt to merge, yielding a $2.3 billion after-tax payoff for Xerox.

HP did negotiate with Xerox last year at the invitation of billionaire investor Carl Icahn, a top Xerox shareholder who has since also acquired a stake in HP, according to the sources. The talks stalled after the companies failed to agree on the amount of confidential information they shared with each other, the sources said.

HP relies on its desktop and notebook personal computers business for the majority of its net revenue, but gets the bulk of its earnings from its printing hardware and supplies division.

It has disputed the value of the cost synergies that Xerox has put forward, and argued that its sale to Xerox would saddle the combined company with too much debt. HP has also raised questions on the impact on Xerox’s supply chain of losing Fujifilm as a partner.

HP is also mindful of large acquisitions given its fateful deal for British software company Autonomy almost a decade ago. HP bought Autonomy for $11.1 billion in 2011 as the centerpiece of its unsuccessful pivot to software. A little over a year later, it wrote off $8.8 billion, $5 billion of which it put down to accounting improprieties, misrepresentation and disclosure failures.

Xerox’s stock has rallied under Visentin, a former Hewlett-Packard and IBM Corp (N:) executive with ties to the private equity industry who took over as Xerox CEO in 2018.

Thanks to an operational restructuring program dubbed ‘Project Own It’, Visentin has managed to take out costs and is seeking to return Xerox to revenue growth by 2021. He has also boosted the company’s stock through share buybacks.

HP has also announced a cost-saving program worth more than $1 billion that could result in its shedding about 16% of its workforce, or about 9,000 employees, over the next few years.