Home
Breaking News
Germany Demands Compromise From All Sides in EU Budget Talks
Prev Article Next Article
This post was originally published on this sitehttps://i-invdn-com.akamaized.net/content/pica1eeb9c37b9e4c95ec62a806203f0a89.jpg 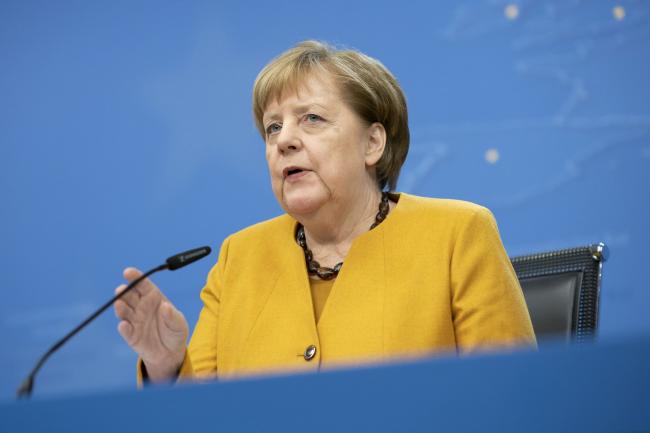 German Chancellor Angela Merkel wants every country involved in this week’s European Union budget talks to be prepared to compromise in order to reach an agreement.

“Our goal has always been that this budget will also support a process of modernization,” chief spokesman Steffen Seibert told reporters Monday. To achieve this, it “will require a willingness from all sides to compromise.”

EU leaders are due to meet Thursday for a summit in Brussels. Agreement on the size of contributions is needed before any decisions can be taken on how the budget will be spent, and the conditions attached to any disbursements.

Merkel would be willing to increase her country’s contribution to the budget to more than 1% of gross domestic product if the other member states agree to set new financial priorities, Spiegel reported last week. A finance ministry spokesman responded by saying the government hasn’t changed its position on Germany’s budget contribution.

Some EU members are still far apart on the issue. While countries like Germany, the Netherlands, Sweden and Denmark advocate stricter budget rules, East European member states such as Poland and Hungary are demanding more subsidies.