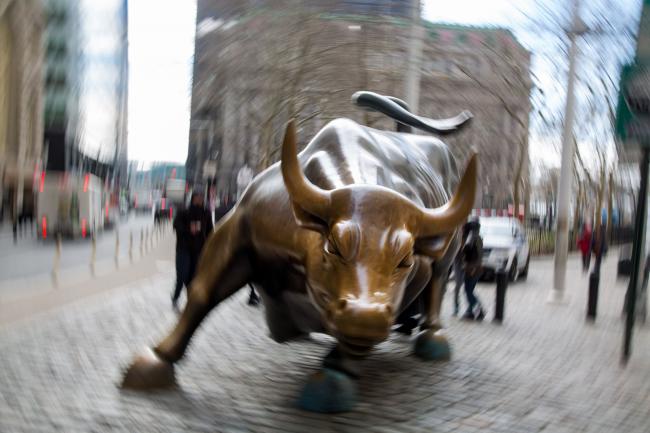 (Bloomberg) — The may have lost more than 7% in the past four days, but RBC Capital Markets says options markets aren’t panicking yet.

“We are actually seeing some bullish sentiment, with traders getting longer or monetizing hedges they’ve had on,” Amy Wu Silverman, an equity-derivatives strategist at RBCCM, wrote in an email Tuesday. “The options market does not suggest all out panic.”

For one, while implied volatility for the U.S. stock market has surged, gauges tracking longer-term swings haven’t risen as much. That indicates that the concerns are mostly for the short term — at least for now.

Outwardly, of course, it hasn’t been a good week for bulls as worries about the spread of the coronavirus outside of China increase. The Cboe Volatility Index closed Tuesday at 27.85, its highest level since December 2018, when turmoil in Washington and concerns that Federal Reserve policy might be too hawkish sent stocks tumbling, though it fell 5.9% to 26.21 as of 8:20 a.m. in New York on Wednesday. The S&P 500 Index itself has lost 7.2% in the past four days, its worst such performance since Christmas Eve that year.

Wu Silverman also notes that some investors have been selling near-the-money put options to fund levered multiples of tail puts.

The other big thing she is watching: factor performance, particularly in stocks with positive price momentum and those seen as having relatively low valuations. So far, she sees momentum continuing to do well — which is consensus positioning — but on Feb. 20 she recommended trades like buying call options on the iShares exchange-traded fund to position for a potential change to value.

“If we start to see a rotation here, then it flags a major shift in the market’s concerns for growth,” she said Tuesday.