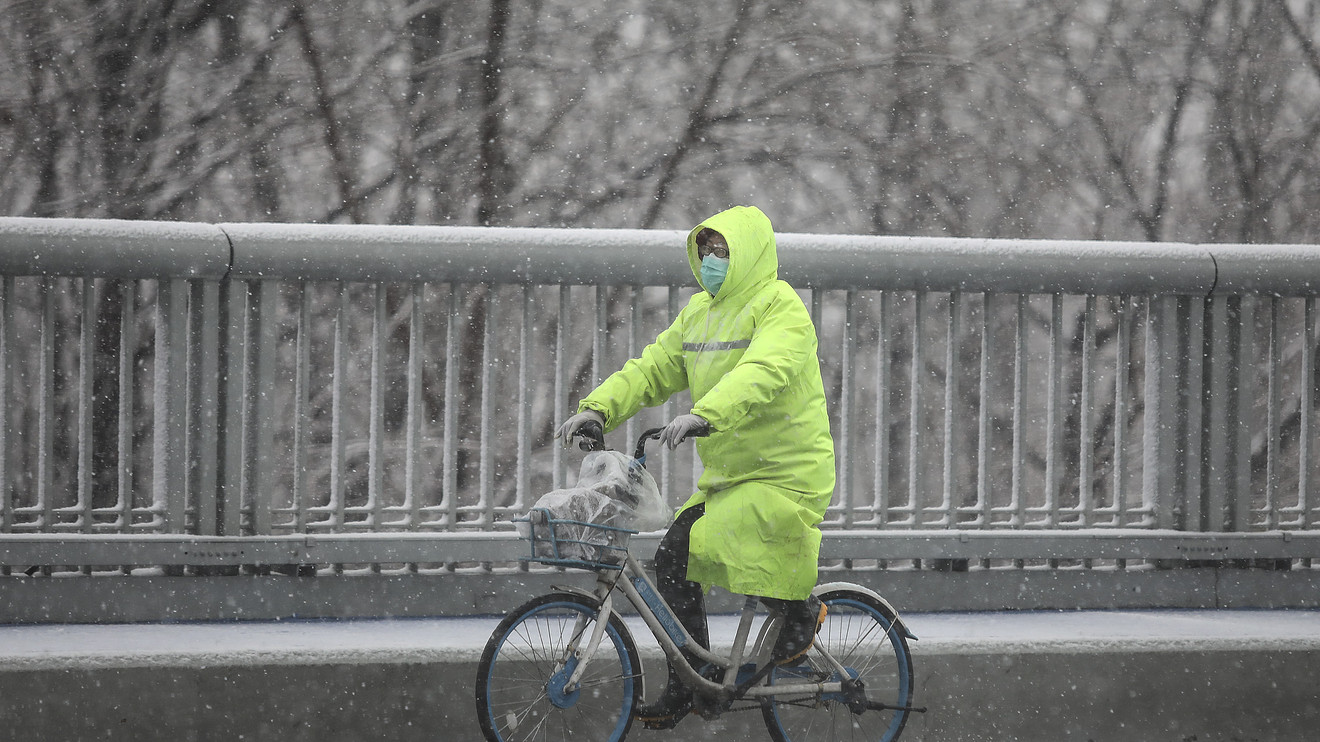 The bruising selloff in equity markets this week has had a chilling effect on the initial public offering market, as companies put their plans on ice and await more favorable conditions.

The Dow Jones Industrial Average DJIA, -3.54%, the S&P 500 SPX, -2.98%  and the Nasdaq Composite Index COMP, -2.35%  are all on track for their biggest weekly declines since the 2008 financial crisis as investors spooked by the rapid spread of the COVID-19 coronavirus around the world dump their holdings.

There are now more than 83,704 cases of COVID-19 and at least 2,859 deaths, according to the latest figures from the Johns Hopkins Whiting School of Engineering’s Centers for Systems Science and Engineering. About 36,000 people have recovered.

China continues to bear the brunt of cases and deaths, but the first cases emerged Friday in Brazil, Georgia, New Zealand and Norway.

Against that background, just one company braved the U.S. IPO market this week.

“IPOs that should be under way by now have been put on hold,” said Kathleen Smith, principal at Renaissance Capital, a provider of institutional research and IPO-related exchange- traded funds. She cited as examples Warner Music, J.Crew’s Madewell, wood substitute maker Azek and chemicals company Atotech.

Read now: Here are 5 reasons the stock market is having its worst decline since 2008, and only one of them is the coronavirus

Also: 5 things to know about J.Crew spinoff Madewell and its upcoming IPO

Duncan Davidson, general partner at early-stage venture fund Bullpen Capital, which specializes in technology companies, said IPOs will take a breather until the selling has subsided, but that he is not seeing signs of an industry in a state of panic.

See: Here’s how the 30 Dow industrials companies are prepping for the impact of the coronavirus

Also: Diary of a quarantined American in coronavirus-era China

The market is still digesting the troubled IPO of mattress company Casper Sleep Inc. CSPR, -3.10%, which Davidson described as Strike 2 for tech IPOs, with the WeWork deal that collapsed last year acting as Strike 1. Casper has stumbled since going public earlier this month amid concerns about its continued losses and uncertain path to profitability. The stock is currently trading about 28% below its IPO issue price.

Casper and WeWork are two examples of “fake tech” companies that have created a bubble that’s about to pop, he said. Casper is an alternative mattress company, while WeWork is a real-estate company, but both tried to persuade investors they belonged in the tech space.

The final blow would be for the next real tech company to have a failed IPO, although a major selloff of a big tech player like a Tesla Inc. TSLA, -6.37%  or Apple Inc. AAPL, -2.86%  would equally dent sentiment, he said. Davidson is expecting companies to wait until May before attempting a deal.

“The right company should do well, because the market is starved of new properties and buybacks have reduced the stock of shares,” he said.

Meanwhile, the week’s sole IPO, biotech Passage Bio PASG, +19.97%, was performing strongly on Friday, even after the deal priced at the high end of a $16 to $18 price range, and was upsized to 12 million shares from 10 million.

The preclinical company raised $216 million with proceeds to be used to fund clinical development of therapies for rare, monogenic central nervous system disorders.

“Our vision is to become the premier genetic medicines company by developing and ultimately commercializing therapies that dramatically and positively transform the lives of patients suffering from these life-threatening disorders,” the company said in its IPO filing documents.

The stock is listed on Nasdaq under the ticker symbol “PASG.” JPMorgan, Goldman Sachs and Cowen were lead managers on the deal.

Don’t miss: The Fed can’t stop coronavirus from slamming the economy, but it could ease the pain