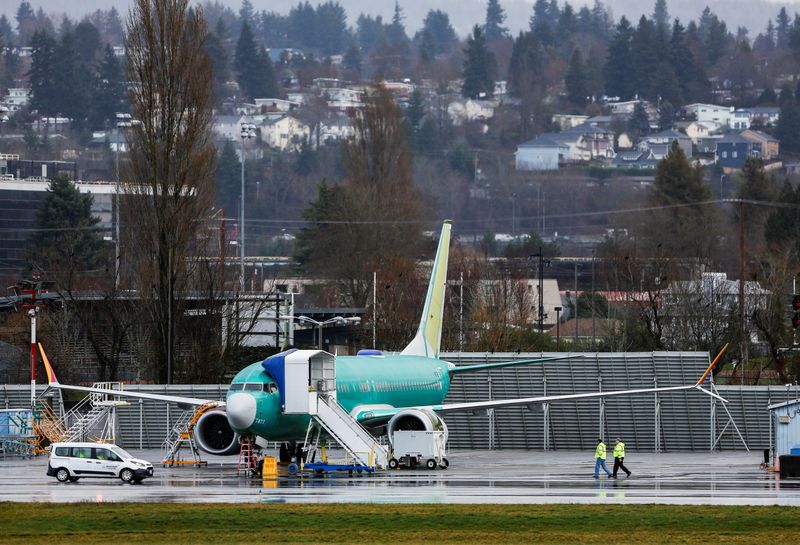 WASHINGTON (Reuters) – Boeing (NYSE:) Co’s proposal to leave wiring bundles in place on the grounded 737 MAX has not won the backing of U.S. aviation regulators, a person briefed on the matter told Reuters.

Last month, Boeing told the Federal Aviation Administration (FAA) it does not believe it needs to separate or move wiring bundles on its grounded 737 MAX jetliner that regulators have warned could short circuit with catastrophic consequences.

The source said the FAA told Boeing on Friday that it did not agree with the planemaker’s argument that the planes’ wiring bundles meet safety standards and now it is up to Boeing to decide how to proceed.

The FAA said Sunday it “continues to engage with Boeing as the company works to address a recently discovered wiring issue with the 737 MAX. The manufacturer must demonstrate compliance with all certification standards.”

Boeing said Sunday it was in ongoing discussions with the FAA over the issue. Boeing could opt to make a new proposal or move the bundles or try to convince the FAA to reconsider its position, but a U.S. official said it was “unlikely” the FAA would reconsider.

Boeing and the FAA first said in early January they were reviewing a wiring issue that could potentially cause a short circuit on the 737 MAX, and under certain circumstances lead to a crash if pilots did not react in time.

There are more than a dozen different locations on the 737 MAX where wiring bundles may be too close together. Most of the locations are under the cockpit in an electrical bay.

If the bundles pose a potential hazard, regulations would typically require separating the bundles or adding a physical barrier.

Boeing has noted in talks with the FAA that the same wiring bundles are in the 737 NG, which has been in service since 1997 and logged 205 million flight hours without any wiring issues.

New safety rules on wiring were adopted in the aftermath of the 1998 Swiss Air 111 crash.

A company official told Reuters in January Boeing had been working on a design that would separate the wiring bundles, if necessary. Moving the bundles could pose further delays to the return of the MAX, however, a key certification test flight is not expected until April or later.