Home
Stocks
Mnuchin says broad economic response to coronavirus will have to wait, backs smaller plan
Prev Article Next Article
This post was originally published on this site 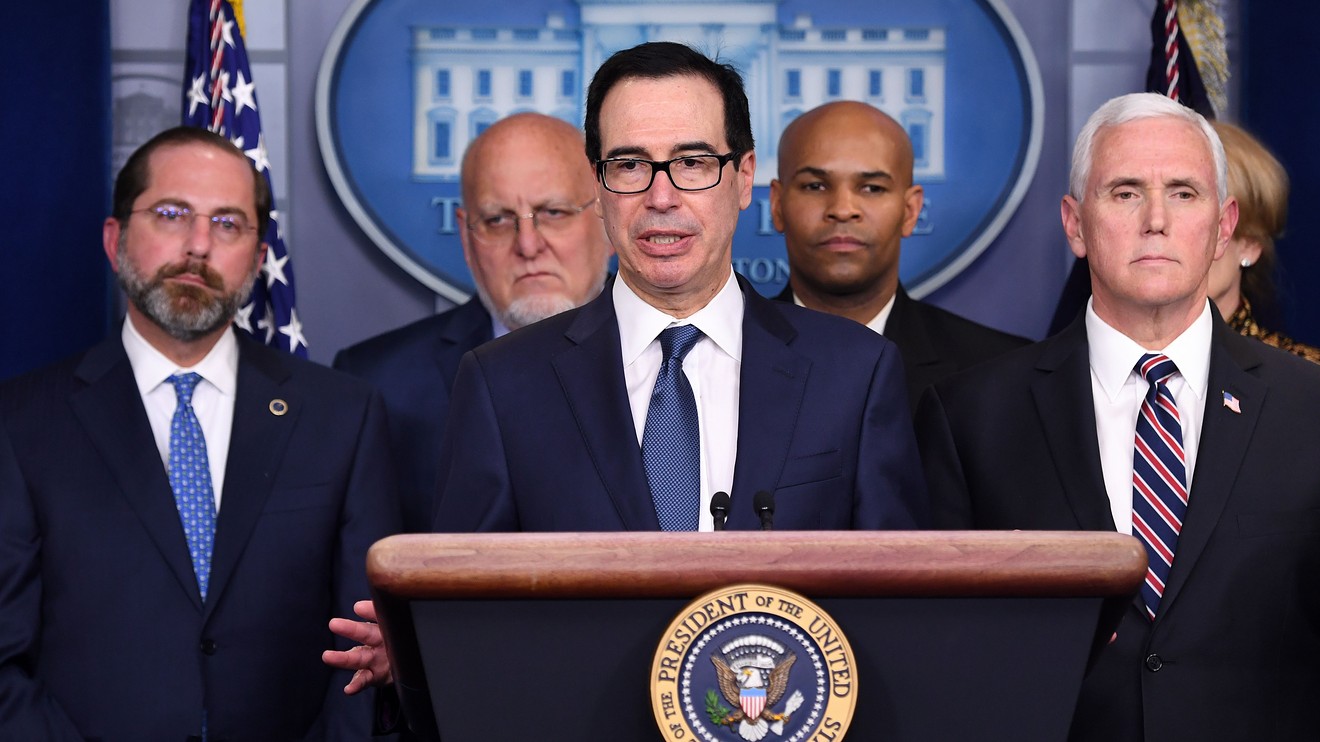 “The president very much wants to consider a stimulus bill, whether it is through a payroll tax or otherwise. We realize that may not get done this week, so we want to get done what we can do this week and we will come back,” Mnuchin said, during a House Appropriations subcommittee hearing.

Read: Would a payroll-tax cut work?

Mnuchin said the smaller measure was a little bit like disaster relief.

The measure would make sure that benefits get to small and medium-sized businesses. He said this was bipartisan legislation that could pass very quickly. Congress is scheduled to be on recess next week.

Meanwhile, House Democrats plan to unveil details of proposed legislation later Wednesday, lawmakers and aides said, according to a Wall Street Journal report. The House plans to vote on the measure Thursday.

President Donald Trump said he would discuss the coronavirus pandemic at 9 p.m. Eastern.

“This is a little bit like a hurricane and we need to cover these outside-of-normal expenses,”Mnuchin said. That includes costs for workers who are required to self-quarantine.

The White House is also looking to include authorization to expand lending to small businesses, he added.

Mnuchin also confirmed reports the administration was planning to extend the April 15 tax-payment deadline for certain taxpayers and small businesses. This step doesn’t require congressional approval. The Treasury Secretary said pushing back some payments could add $200 billion of liquidity into the economy.

The Treasury Secretary told lawmakers the White House is looking to use loan guarantees to help the airline, hotel and cruise-line industries hurt by the COVID-19 outbreak.

“The president feels very strongly we need to protect industry,” Mnuchin said. These loan guarantees are not “bailouts,” he added.

There have been reports the White House also wanted to help oil, natural gase and shale companies, but Mnuchin only said “other” industries might be included.

U.S. equity benchmarks tumbled Wednesday on investor disappointment that a broader package was not going to be forthcoming soon. The Dow Jones Industrial Average DJIA, -5.86%   closed down 1,465 points, or 5.9% to 23,553.22.