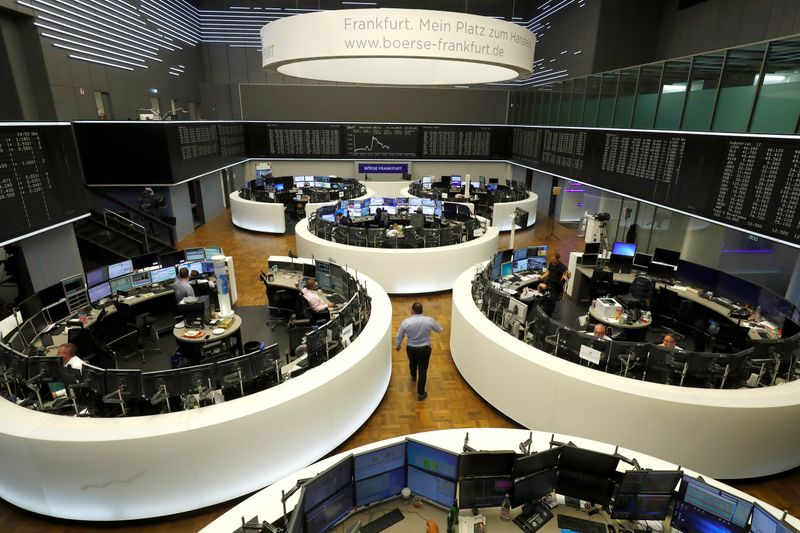 LONDON (Reuters) – Borrowing costs for junk-rated European companies have nearly tripled in less than a month, and with the market for new debt issuance shuttered, there could be a lot more pain in store for firms needing to raise fresh money to redeem debt.

The yield on the iBoxx euro liquid high-yield index, which tracks 250 corporate bonds with sub-investment grade ratings, spiked to a seven-year high on Monday of just over 7%, according to Refinitiv data.

On Feb. 20, when the spread of coronavirus was just starting to spook investors, the average yield on the index was 2.69%, less than 100 basis points off record lows set in 2017.

Now, just halfway through March, the yield is on course for its biggest monthly rise since October 2008, when markets were dealing with the effects of investment bank Lehman Brothers’ collapse.

Many individual issues are faring even worse — yields on 2027 subordinated bonds from Legoland owner Merlin Entertainments have shot up to nearly 10%, up more than 6 percentage points in three weeks, according to Tradeweb.

But even these levels may not tell the whole story. With liquidity drying up in these riskier assets, funds trying to offload any sizeable holdings are having to sell at lower prices than quoted on trading platforms, market players said.

“What we’re hearing is that, what we’re seeing on the screens, that’s just indicative,” said an official at a high-yield debt syndicate at a European bank.

There is likely more to come, with Deutsche Bank (DE:) revising targets for the European high-yield market on Monday to recession levels at a spread of over 1,000 basis points.

That will exacerbate stress for asset managers in the sector — JPMorgan (NYSE:) said European high-yield funds it tracks have lost close to 6% of their assets in the past two weeks, with outflows topping 4 billion euros.

The problem could go beyond soaring borrowing costs. With the European market for high-yield bond sales shut since Feb. 20, it is difficult to gauge who will be able to borrow when the market eventually reopens and at what price deals will get done.

“The high-yield and leveraged loan market is pretty well shut for the next bit. I think it’s very difficult to take any comfort in what’s going to happen in the market on a day to day basis,” said a senior banker who arranges bond sales for junk-rated companies.

Names with significant amounts of debt due for repayment next year include Germany’s Thyssenkrupp (DE:), Telecom Italia (MI:) and shipping giant CMA CGM, according to 9fin, a data provider focused on high-yield markets.

Around 38 billion euros of debt by junk-rated corporates and financial issuers in European currencies will mature by the end of 2021, according to Fitch Ratings.

Philip Hertz, restructuring partner at law firm Clifford Chance, said industries damaged by coronavirus and with debt falling due in the next six to 24 months are the ones to watch.

The cost of insuring against high-yield European borrower defaults has risen to eight-year highs in recent sessions.