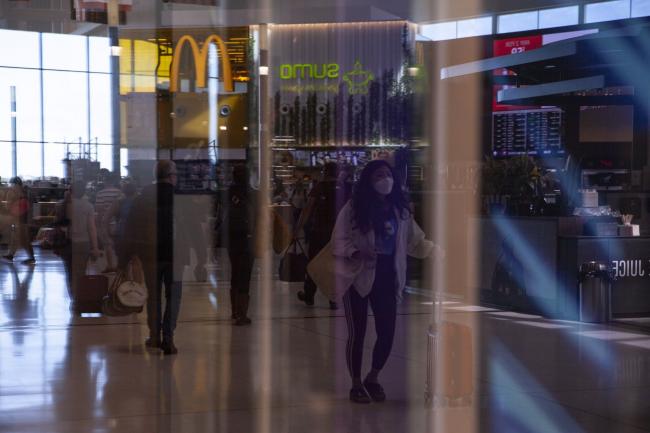 U.S. equity futures fluctuated on Tuesday and European stocks dropped as investors struggled to find their feet after the biggest plunge on Wall Street since 1987. The dollar jumped, while Treasuries retreated with gold.

It was another day of volatility, with contracts on American share gauges at one point rising by their daily limits in the wake of the biggest sell-off since the Black Monday crash. They went on to swing between gains and losses as new signs of stress emerged in short-term funding markets, where the premium for getting dollars against the euro exploded to the widest since 2011.

The itself surged against almost all its major peers as the yield on Treasuries rose after plummeting almost a quarter percentage point Monday. European bonds tracked that drop, while the Index swung from a big gain to big loss. Equities in Asia endured a similarly volatile session.

American stocks slumped into the closing bell on Monday after President Donald Trump warned of a possible recession, with economic disruption from the coronavirus potentially extending into summer. In the latest attempts to stem the spread of the virus, Hong Kong was set to issue its second-highest travel alert for residents and extend quarantine measures for people coming from abroad. The Philippines became the first country to shut its financial markets, though it aims to reopen Thursday.

“A bear market does not preclude rallies,” said Eleanor Creagh, market strategist at Saxo Capital Markets. “In fact, the biggest rallies can be in bear markets — erratic swings are exacerbated by the present high-volatility regime and strained liquidity conditions. With remaining significantly above the long-term equilibrium, alarm bells are still sounding and traders should be wary of relief rallies.”

After the Federal Reserve and other central banks dramatically stepped up efforts to stabilize capital markets and liquidity, traders are looking to fiscal authorities for action. While Congress is still working on a package, New Zealand announced a NZ$12.1 billion ($7.3 billion) plan and Australia’s government is preparing to scale up just days after announcing a A$17.6 billion ($10.7 billion) initiative.

Elsewhere, Australian stocks posted their biggest jump since 1997 while benchmarks in Hong Kong and China saw more muted moves. The yuan weakened, with economists starting to forecast a contraction in China’s economy for the current quarter. Emerging-market shares fell and oil fluctuated.

These are the main moves in major assets: