Home
Stocks
Capitol Report: Small businesses could get $300 billion in relief under coronavirus aid plan, as McConnell eyes Monday vote
Prev Article Next Article
This post was originally published on this site 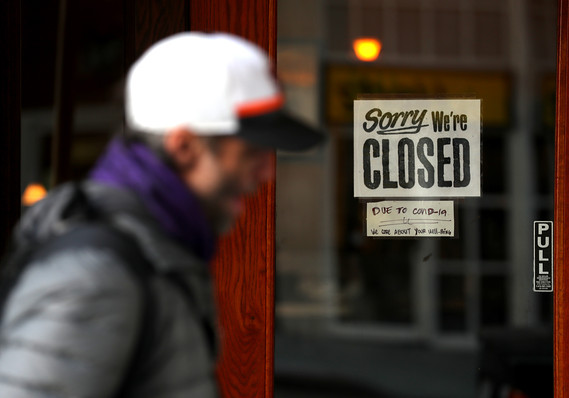 A pedestrian walks by a “closed” sign on the door of a restaurant on March 17 in San Francisco.

Small businesses hit by the coronavirus pandemic could get billions of dollars in relief under legislation being debated on Capitol Hill, as the Senate’s top Republican is eyeing a vote as soon as Monday.

A bill unveiled late Thursday by Senate Majority Leader Mitch McConnell would provide about $300 billion to help small business, mainly in the form of loans. If employers keep workers on payroll, the loans would be forgiven, according to a summary of the plan from Sen. Marco Rubio, the Florida Republican who heads the small business committee.

Opinion: The owner of this small business pleads for help — and explains why disaster loans aren’t the answer.

Restaurants and other types of small businesses around the country have been forced to scale back operations as state and federal authorities have ordered steps to contain the spread of the virus.

On Friday, President Donald Trump was scheduled to meet with small business leaders via telephone.

The ultimate dollar amount of small-business aid contained in the Senate bill could change over the coming days. McConnell has been meeting with top Democrats including Minority Leader Chuck Schumer of New York, who is seeking among other things more money for hospitals in the measure.