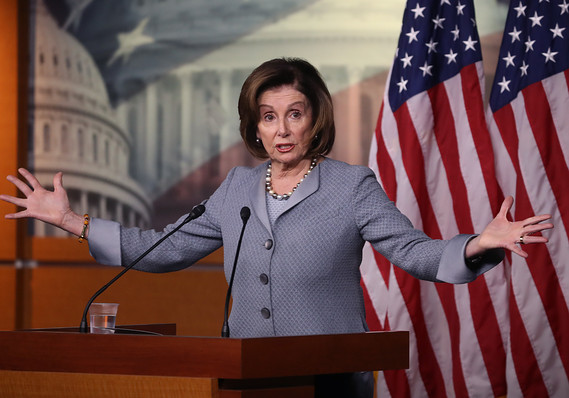 U.S. House Speaker Nancy Pelosi on Thursday predicted speedy passage for a $2 trillion economic package aimed at cushioning the effects of the coronavirus on Americans, as she planned a vote for Friday.

“I feel certain that we will have a strong bipartisan vote,” the California Democrat said at a news conference.

The Friday vote in the House would come in the wake of the late-Wednesday passage by the Senate of the massive coronavirus-aid bill, which contains direct payments to many Americans, aid for battered industries and expanded unemployment benefits, among many other provisions.

Read: What the $2 trillion stimulus means for you — and how the ‘recovery rebates’ will be calculated.

The Speaker said she expected the measure to pass on a voice vote, which involves members who are present yelling “aye” or “no.” Not all members must be in the House chamber for such a vote.

Pelosi backed off an earlier plan for a so-called “unanimous consent” vote that also would not have required members to be in the Capitol. Under that option, just one lawmaker’s objection would prevent a bill from passing. “I don’t think we will get unanimous consent,” she said.

House Minority Leader Kevin McCarthy, a California Republican, poured cold water on the unanimous-consent option on Wednesday, saying it was the wrong vehicle for a $2 trillion bill.

U.S. stocks DJIA, +5.67%   rose sharply Thursday, despite a Labor Department report that showed unemployment claims soared to a record 3.28 million last week, as the coronavirus pandemic shut down businesses across the nation.