Home
Stocks
In One Chart: Two. Trillion. Dollars? Here’s where all that coronavirus stimulus money is going
Prev Article Next Article

Yes, it’s hard to wrap your brain around how much money $2 trillion really is.

That’s where cost-estimating website HowMuch.net comes in. President Trump last week signed a $2 trillion bill to boost the economy during the coronavirus shutdown. The headline number for many was the $1,200 check that will give a lifeline for a big chunk of the population.

But there’s so much more going on here.

“It’s hard to imagine just how much money is at stake, much less where it’s going and who is going to benefit,” HowMuch.net editor Juan Carlos Sanchez wrote, referring to this detailed chart: 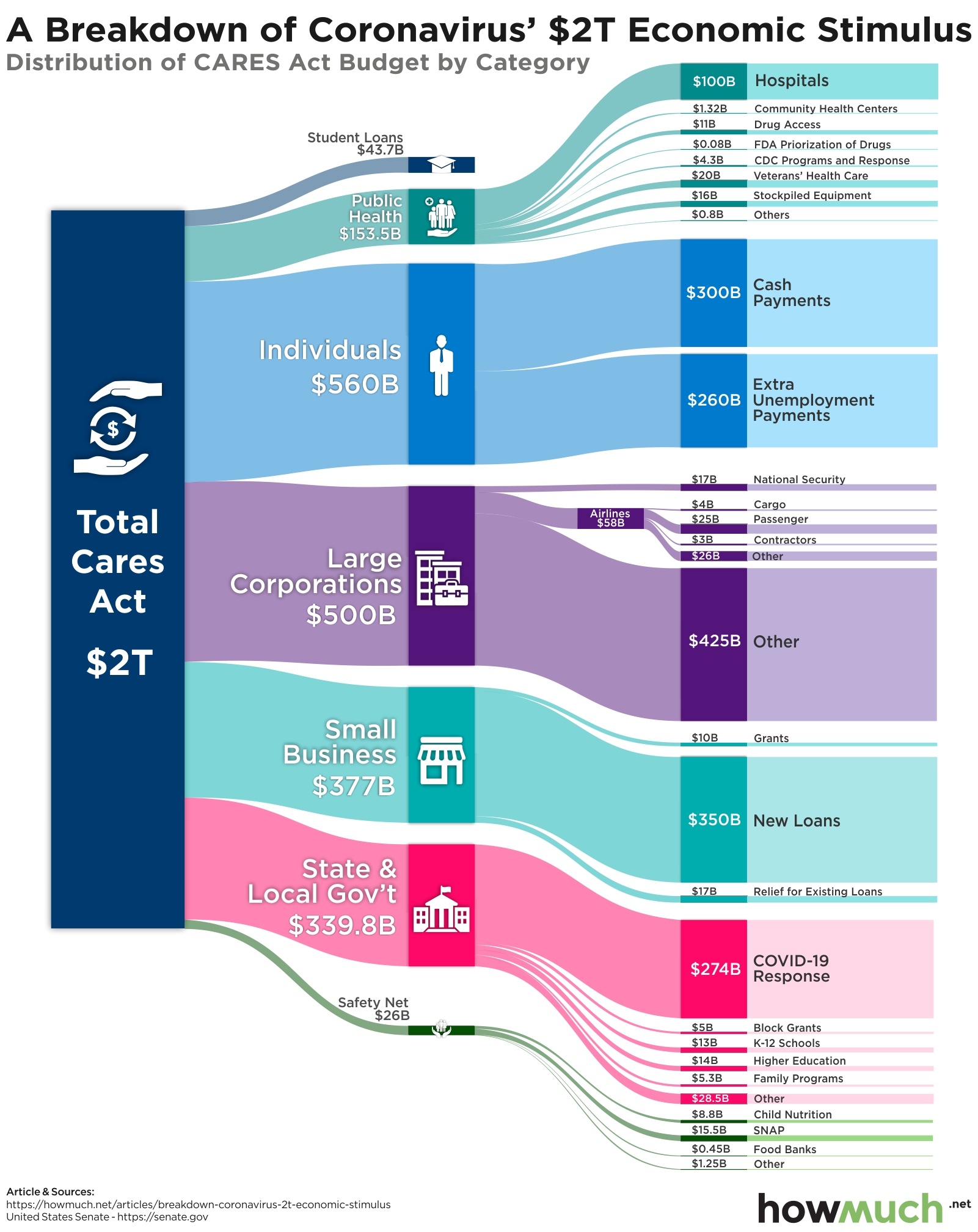 As you can see, individuals receive the biggest boost from this sweeping package, with about $560 billion going directly in to their pockets as cash payments or additional unemployment benefits. The big companies get $500 billion, with $58 billion to help the crushed airline sector.

Read: What the $2 trillion stimulus means for you

Small businesses will get $350 billion in guaranteed loans that can be forgiven provided they don’t lay anybody during the weeks and months ahead. Congress also appropriated money for a variety of different situations, including extra funding for hospitals and relief for student loans.