Home
Breaking News
Democrats urge U.S. Treasury not to delay $25 billion in grants to airlines
Prev Article Next Article
This post was originally published on this sitehttps://i-invdn-com.akamaized.net/trkd-images/LYNXMPEG304OA_L.jpg 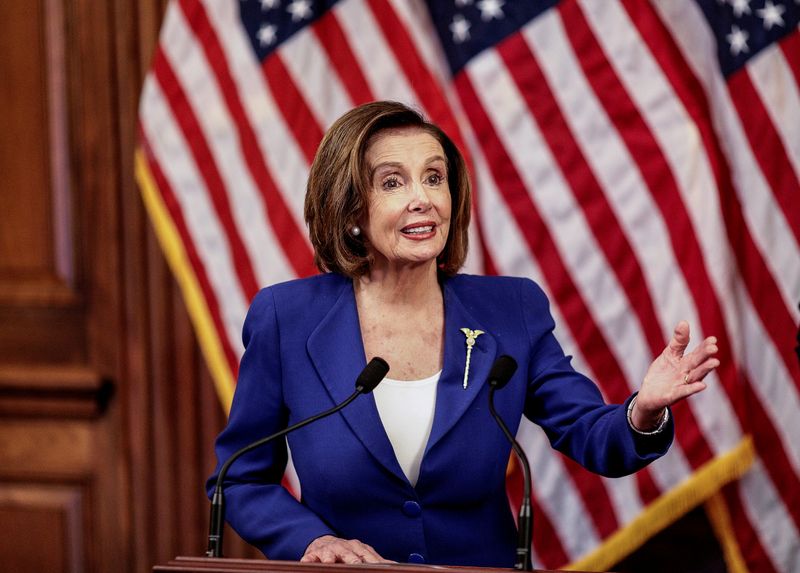 “We do want them to honor what our conversation was, which is this is just a stopping-off point for the check. It goes to the airline and directly to the employee,” Pelosi told reporters on a conference call. “We just don’t want to hold it up.”

Major aviation unions and some airline officials are concerned the U.S. Treasury will demand too much in warrants or equity as a condition of the grants for airline payroll costs.

Treasury on Monday told airlines to propose financial instruments as part of their applications for grants that they want to see by Friday. Treasury did not immediately respond to a request for comment on Wednesday.

The legislation requires equity, warrants or other financial compensation for taxpayers for the $25 billion in loans, but gives Treasury Secretary Steven Mnuchin discretion over whether to seek compensation for the grants.

Representative Peter DeFazio, who chairs the House Transportation and Infrastructure Committee, said on the call that Mnuchin should opt for “something reasonable” on grants.

“If Mnuchin wants to condition those (loans) more, fine — take your pound of flesh. But don’t slow down the payroll assistance, which is what he is in the process of doing right now,” DeFazio said.

A group of unions representing more than 100,000 flight attendants urged Mnuchin in a letter on Wednesday not to exercise his authority to demand warrants or equity as a condition for the $25 billion in grants.

“If the airlines were required to pay back the grants in full with an equity position of $25 billion, that would give the government the equivalent of a 40% stake in airlines in exchange for keeping workers on the payroll for six months,” the letter said, adding it “effectively renders the payroll grants a poison pill that will cost us our jobs.”

Pelosi said Democrats agreed that “taxpayers should get a good return on (their) loans to the airlines.”

American Airlines (O:AAL) has said it expects to be eligible for $12 billion of the $50 billion in loans and grants.