Home
Stocks
Their Stories: Cameroonian musician Manu Dibango was an international symbol of African music
Prev Article Next Article
This post was originally published on this site 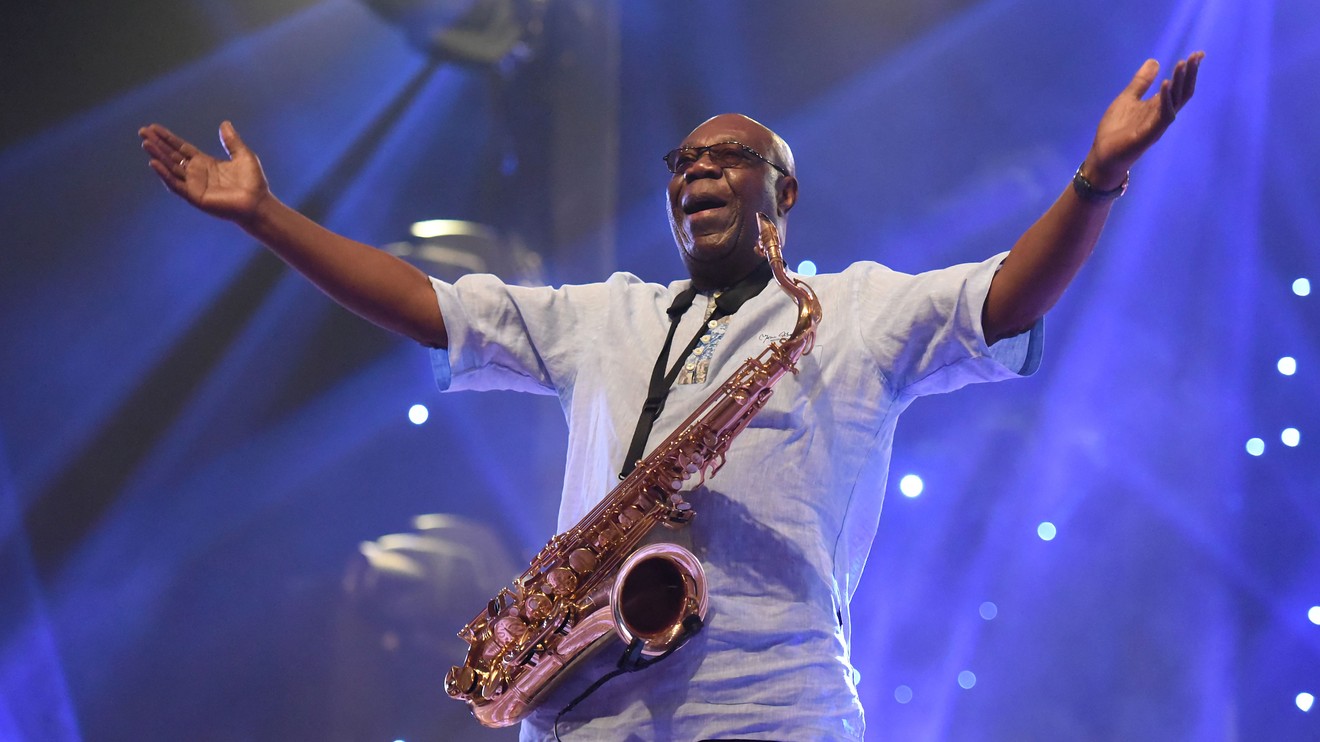 When Manu Dibango left Cameroon as a teenager in the late 1940s to study in France, he paid for his rent with three kilos of coffee.

Just under half a century later, the experience lent him the name of his autobiography, “Three Kilos of Coffee.” Published in 1994, it told the story of an extraordinary life of one of the first African musicians to reach the Top 40 American charts; of a man who had one foot in Europe and one in Africa, fusing his music in both; and of a pioneer of Afro-funk, whose influence reached everyone from Michael Jackson to Rihanna.

On March 24, Dibango, or “Pappy Grove” as he was known, died from complications from COVID-19 in Paris. He was 86 and leaves behind his son Michel and daughters, Georgia and Marva. His wife Coco, a former model and actress, died in 1995.

Emmanuel N’Djoke Dibango grew up straddling different identities. Born under French colonial rule in the Cameroon city of Douala, his parents came from separate ethnic groups: his father, a civil servant, was Yabassi; his mother, a dressmaker, was Douala. Music, however, tied the family together, with song a central part of his upbringing.

As Dibango later put it in an interview for The UNESCO Courier magazine in 1991: “The piano plus Protestantism add up to jazz… In jazz you always find traces of gospel, the religious melodies which American blacks transposed into their music.”

Jazz, he said, provided “a kind of freedom, fresh scope for the imagination.”

As a young man in France, Dibango started performing in cabarets and jazz clubs, to the consternation of his parents who had sent him there to study (they cut his allowance in protest). In Brussels, he was hired to play saxophone by the legendary Congolese musician Joseph Kabasele, nicknamed “Le Grand Kallé,” for his group African Jazz.

It wasn’t until 1973, however, that Dibango reached international fame with his song “Soul Makossa,” which translates to “I Will Dance” in the Douala language.

Originally created as a B-side for an anthem celebrating the Cameroon soccer team, “Soul Makossa” was discovered in a Brooklyn record shop by famed DJ David Mancuso, who started playing it at the Loft club. Soon the song was everywhere, breaching the American Top 40 — a feat at the time for an African musician.

More stories: The first New York City nurse known to die of the coronavirus, Kious Kelly, brought empathy and joy to his job

And: Ken Shimura, one of Japan’s most famous comedians, dies at 70 after contracting the coronavirus

“To understand why Manu was special, it is important to understand the political context in which ‘Soul Makossa’ came out,” said Ugandan journalist and author Charles Onyango-Obbo. “It was the Cold War, and Africa was caught between inept brutal military dictatorships and corrupt one-party dictatorships. They were gloomy times, and along comes ‘Soul Makossa,’ which had a unique cheerfulness and cosmopolitanism to it. It was just what people needed, because it brought warmth to people’s lives.”

“It helped, of course, that he looked cool. He was Isaac Hayes without the beard,” added Onyango-Obbo. “At that time if folks wanted to be cool, not be political sellouts, and have some Pan-African creds, the Makossa Man was the badge they carried.”

The song had a vast influence on music makers across the world, including Michael Jackson, who Dibango accused in 2009 of stealing a riff from “Soul Makossa” for his song in the “Thriller” album “Wanna Be Startin’ Somethin’” They settled out of court. Dibango also sued singer Rihanna for allegedly using the same riff in her hit “Don’t Stop the Music,” before withdrawing the claim.

Since the 1970s, Dibango — who was instantly recognizable in later years for his bald head, colorful-patterned shirts, and dark rectangular glasses — had collaborated and played with musical talents from Herbie Hancock to Sinead O’Connor.

Much of his success came from his ability to merge different cultures. “When you’re a musician, you don’t say to yourself when you get up in the morning, ‘I make African music,’ you say ‘I want to make music.’ And that’s that,” he said in an interview in The Courier. “I treat music like painting, and I learned to orchestrate and mix sounds and instruments to marry colours together.”

Dibango, a talented multi-instrumentalist who was able to play the piano, mandolin and vibraphone, as well as the saxophone, left his mark for many future African artists.

“He was a pioneer. He created a space for African traditional instruments in the modern-day orchestra and also the world jazz scene. He made us hear music in a different way,” said Cameroon rap artist Jovi. “I think that helped open our minds a little more and also made us proud of our origins.”

Lovano, who played at various jazz festivals alongside Dibango, was above all taken in by his compositions: “He didn’t just play the melody, he didn’t just play the theme of the song, he had different elements within his bands. It was that real question-and-answer dialogue that he had in his music that really captured me. It was beautiful.”

Beyond that, insisted Lovano, “he was just a really sweet guy.”

For the Grammy-Award winning Cameroon jazz bassist Richard Bona, Dibango played the music of his childhood, leaving an imprint for decades to come.

“Growing up in Cameroon, we were always singing and dancing to ‘Soul Massoka.’ It was and always will be like a hymn for us,” he said. “Manu Dibango is definitely a symbol of African music. And we are all Manu’s children.”