Home
Stocks
Their Stories: Fountains of Wayne co-founder Adam Schlesinger is remembered as a transcendent talent
Prev Article Next Article
This post was originally published on this site 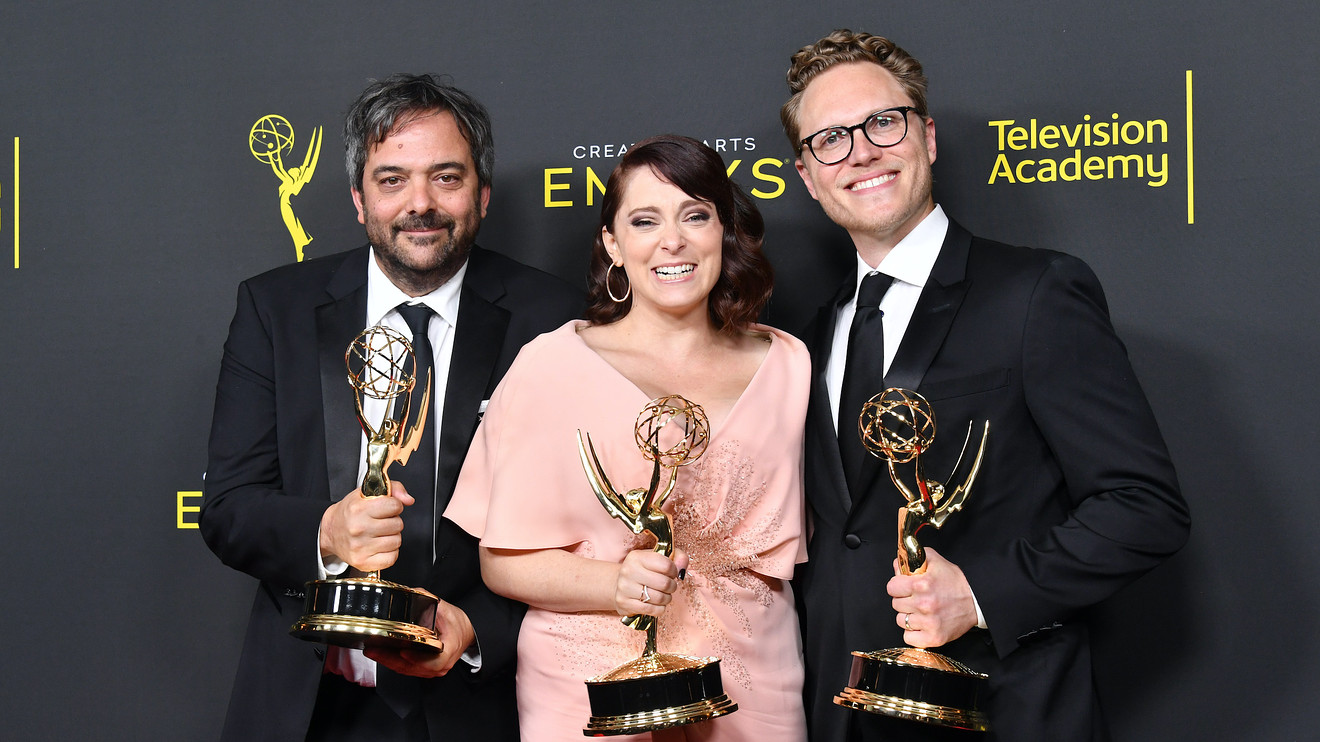 In the 1999 song “Prom Theme,” American rock band Fountains of Wayne look back on high school with the regret of hindsight:

We’ll vanish in the haze

We’ll never be the same

Fountains of Wayne co-founder Adam Schlesinger, who died in New York on April 1 from complications from COVID-19 at the age of 52, often wrote songs about run-of-the-mill characters dealing with life’s disappointments. He had no known underlying health conditions.

But while many topics were drawn from Schlesinger’s own experiences and upbringing in suburban New Jersey, in death, at least, it is now certain that Schlesinger will not vanish in the haze. Nor will he be forgotten.

Instead, the musician is being heralded, belatedly, as a titan in his industry.

“Adam Schlesinger excelled at vivid, detailed songwriting about everyday American schmoes, with sharply observed lyrics and golden melodies,” said Simon Vozick-Levinson, deputy music editor at Rolling Stone. “His best songs could be hilariously funny or sweetly heartfelt, and they were often both at once.”

Fountains of Wayne has surged back into the Billboard charts, with on-demand streams jumping 400% from April 1 to 4, over the prior four days.

Celebrities, meanwhile, have rushed to celebrate the songwriter: “You’re never just a kid from somewhere when you’re a kid from Jersey,” tweeted Jon Bon Jovi. “The music world lost a good one.”

Born in Manhattan, Schlesinger was raised in Montclair, N.J. He met his future Fountains of Wayne bandmate, and most important creative collaborator, Chris Collingwood, when both were undergrads at Williams College in Massachusetts.

Fountains of Wayne only had one major hit, “Stacey’s Mom,” which reached number 21 on the Billboard Hot 100 chart in 2003. The song, about a teenage boy consumed with desire for his friend’s mother, starred supermodel Rachel Hunter in the music video. In a performance destined to cause a stir, Hunter does a fantasy strip tease on the kitchen counter and undergoes an all-but-naked massage in the garden.

Critics, however, celebrated their other, less well-known, songs—many of which were filled with witty lyrics about misfortune and setbacks in the suburbs.

As music journalist Rob Tannenbaum put it in the New York Times, their sympathetic songs about Gen X misfits made them feel “like an earthbound Beach Boys serenading the suburbs rather than the sea.”

Schlesinger, who is survived by his two daughters, Sadie and Claire, and his partner Alexis Morley, was celebrated by the movie, theater and music industries. In his lifetime, he not only won three Emmys and a Grammy, but was also nominated for two Tony Awards and an Oscar.

“He was a total charmer,” Parisian singer Dominique Durand, one-third of indie-pop band trio Ivy, which Schlesinger formed in the 1990s, told Rolling Stone. “Very witty, very worldly. And he had an absolutely insatiable passion for music. We would talk all night… about lyrics and melodies and guitar licks.”

Schlesinger, tellingly, was undaunted by journeyman songwriting, viewing his work more as a craft than art. Jobs ranged from creating catchy lottery jingles to writing showbiz music for TV shows, including, most successfully, his longtime collaboration with Rachel Bloom for the musical comedy series “Crazy Ex-Girlfriend,” for which they won an Emmy.

“One example of how Adam might have affected your life: over the past few years, many people told me that they have used ‘Gettin’ Bi’ to come out,” wrote Bloom in a post on Instagram, referring to a song Pete Gardner performs on the series, in which his character comes out as bisexual. “Well, that song was all Adam.”

“He is irreplaceable,” she added.

Schlesinger beat hundreds of applicants to write the theme song for the 1996 Tom Hanks-directed movie “That Thing You Do!” Set in the swinging ’60s, it follows a band’s road to stardom: as such, the title song not only had to sound convincingly of a bygone era, but, critically, be convincingly good.

Schlesinger was nominated for best original song at both the Golden Globes and at the Oscars for “That Thing You Do.” He also wrote the central song for the 2007 Hugh Grant/Drew Barrymore rom-com “Music and Lyrics,” about an ’80s pop-star has-been who falls for his lyric-writing partner.

Read more stories of the lives lost to COVID-19

A musical production of comedian Sarah Silverman’s memoir “The Bedwetter,” on which Schlesinger had collaborated for seven years, was due to premiere Off-Broadway in April. (The production has been delayed due to the coronavirus pandemic.)

“Adam was an astonishing songwriter and composer and one of the funniest people you could know,” Silverman wrote on Instagram. “His songs are funny and poignant, and often—despite himself—stunningly heartfelt.”

“My heart is broken,” she said.