Home
Stocks
In One Chart: This chart shows the most open economies after the coronavirus lockdowns
Prev Article Next Article
This post was originally published on this site

The coronavirus pandemic and the ensuing lockdowns have led to unprecedented pain for the global economy.

In the U.S., the unemployment rate skyrocketed to nearly 15% as purchasing managers indexes across the globe skidded to record lows. As countries now loosen restrictions, here’s a look at which economies are the most open. 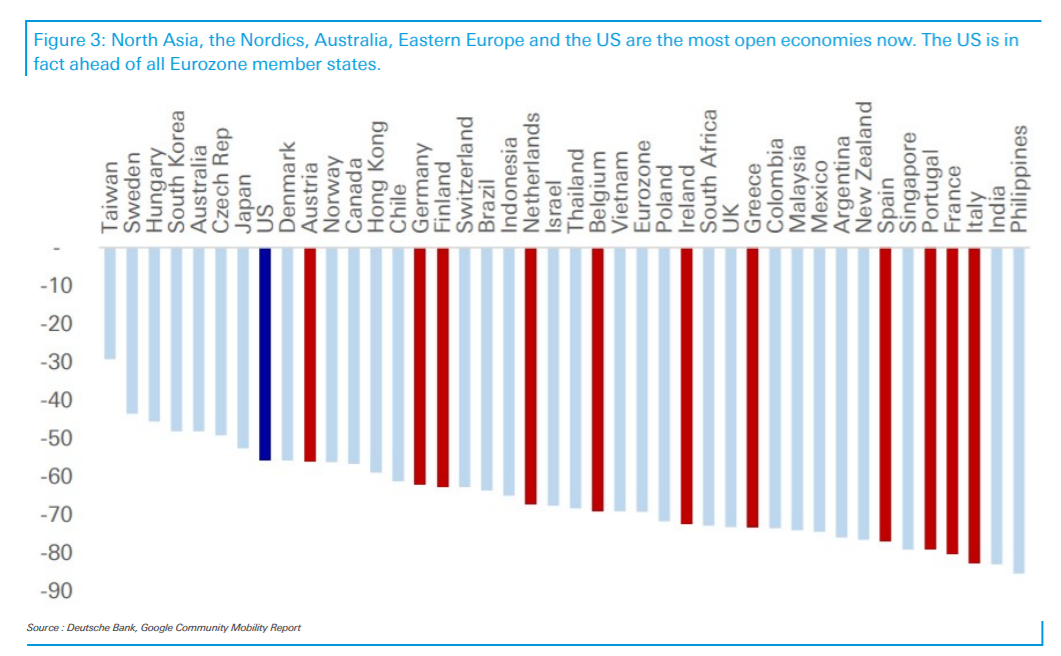 The chart was produced by Deutsche Bank using the Google mobility data that measures traffic against historical patterns. Of the world’s major economies — with China notably excluded as Google’s services are banned there — Japan and the U.S. are the most open.

Spain, France and Italy, all of which were hit hard by the virus and have the most deaths per capita, are among the most shut.

The least affected economy measured, Taiwan, is still relatively closed down. And even as countries increasingly permit activity, consumers are still wary of going out with the virus still spreading.

According to the Johns Hopkins tracker based on government reports, there have been over 4 million confirmed coronavirus cases, leading to 286,355 deaths.