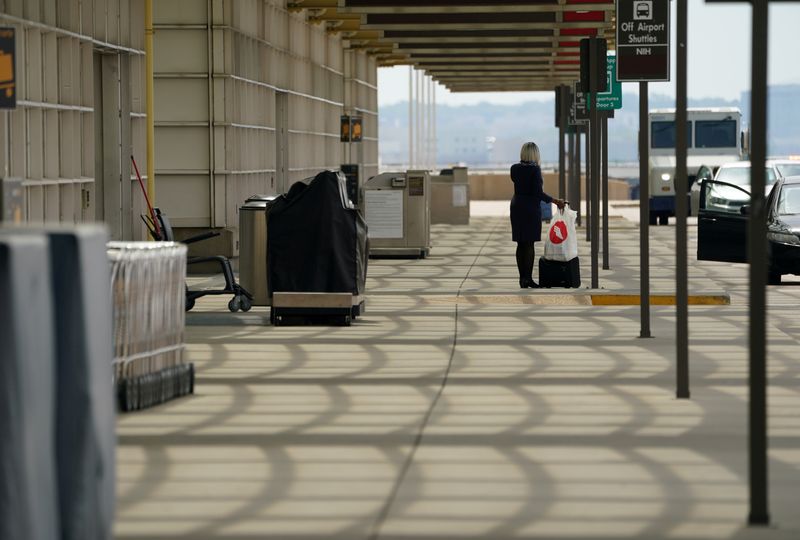 Separately, the department again urged airlines to comply with legal obligations to refund tickets if they cancel flights. The department typically gets about 1,500 complaints and inquiries a month and is now getting them at a rate of 20,000 per month.

U.S. travel demand has fallen by about 94%, while carriers are still flying around 30% of flights. Airlines for America, a trade group representing American Airlines (O:AAL), Delta Air Lines (N:DAL), United Airlines (O:UAL), Southwest Airlines (N:LUV), and others said airlines are burning at least $10 billion a month and averaging just 17 passengers per domestic flight.

“The department is asking all airlines to revisit their customer service policies and ensure they are as flexible and considerate as possible to the needs of passengers who face financial hardship during this time,” Transportation Secretary Elaine Chao said, adding the department is working to “ensure that airlines’ policies and practices conform to DOT’s refund rules.”

The department in early April issued a notice to airlines reminding them of their obligations. The department said Tuesday that airlines ” can offer consumers alternatives to a refund, such as credits or vouchers, so long as the option of a refund is also offered and clearly disclosed if the passenger is entitled to a refund.”

Some passengers complain airlines have not been upfront about their ability to get a refund, while others say airlines have tried to get consumers to accept vouchers first before eventually cancelling flights.

The department has been granting airlines waivers to cancel some additional flights and denying others. The department cited “the continued lack of demand for passenger air service” in announcing the new ability to suspend more flights.

Airlines can submit lists of up to 5% of required destinations they believe are no longer reasonable for them to continuing serving. The government will ensure each U.S. destination currently receives service will continue to be served by at least one carrier.

The airline group said last week it is complying with all legal obligations to refund tickets.

“If air carriers refund all tickets, including those purchased under the condition of being non-refundable … this will result in negative cash balances that will lead to bankruptcy,” the group told Congress.