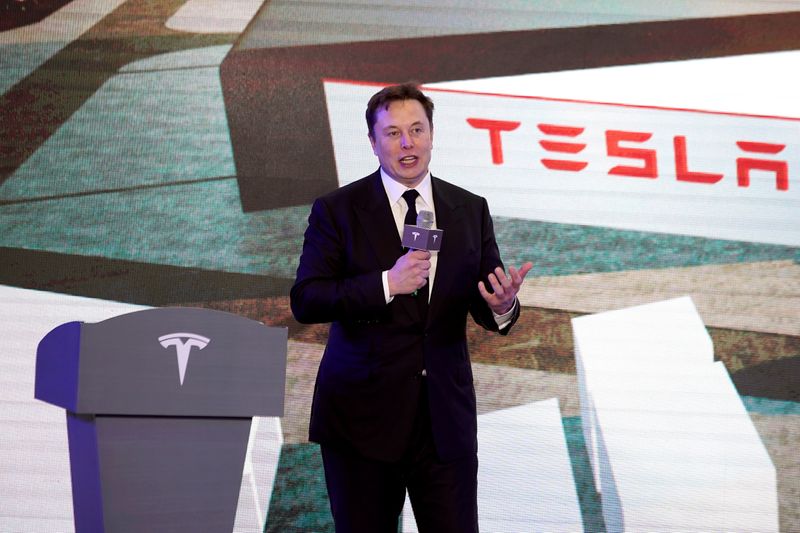 AUSTIN, Texas (Reuters) – Texas Governor Greg Abbott said on Tuesday that he spoke with Elon Musk, the chief executive of Tesla Inc (O:TSLA), in recent days about a potential move of the company’s electric vehicle assembly plant to the Lone Star state.

Abbott’s remarks came just came three days after Musk threatened to move Tesla’s headquarters and future operations to either Texas or Nevada, after officials in the California county where Tesla’s only U.S. vehicle factory is located said the plant could not reopen because coronavirus lockdown measures remained in place.

Abbott said during an interview with the Wichita Falls CBS affiliate that he thinks Texas is a perfect fit for Tesla (O:TSLA). A spokesman for Abbott confirmed to Reuters the governor spoke with Musk over the weekend.

“I’ve had the opportunity to talk to Elon Musk and he’s genuinely interested in Texas and genuinely frustrated with California,” Abbott said. “We’ve just got to wait and see how things play out.”

Abbott did not provide details of the conversation. John Wittman, the governor’s communications director, said there was not yet any discussion of incentives to entice Tesla away from California.

Tesla did not immediately reply to a request for comment.

Musk last Thursday had told employees that limited production would restart at the Tesla factory in Fremont, after California Governor Gavin Newsom said that manufacturers in the state would be allowed to reopen under an easing of coronavirus containment measures. But officials in Alameda County, where Fremont is located, said its own lockdown measures had not been lifted and the factory could not yet reopen.

Musk on Saturday tweeted: “If we even retain Fremont manufacturing activity at all, it will be dependen (sp) on how Tesla is treated in the future.”

President Donald Trump weighed in on Tuesday, tweeting that California should let Tesla get back to work.

On Monday, Musk said production was resuming at the factory in defiance of the county order and that if anyone had to be arrested, it should be him. On Tuesday, employee parking lots that were deserted on Friday were packed with cars. Trucks could be seen driving in and out of the factory grounds.

Musk is no stranger to Texas. His SpaceX spacecraft manufacturer has a launch site in the southern tip of the state near the village of Boca Chica.

Richard Cortez, the top executive in Hidalgo County just to the west of the SpaceX launch site, urged Musk in a letter to consider the area for Tesla, saying the region’s heavy presence of automotive plants straddling the U.S.-Mexico border could quickly meet the electric car maker’s needs.

Cortez, in an interview with Reuters, underscored that manufacturing plants in his county have never been under any orders to close because of the coronavirus pandemic.

In addition to its vehicle plant in California, Tesla has a battery plant in Sparks, Nevada, and a factory in Buffalo, New York, that produces solar panels and other energy generation and storage products.