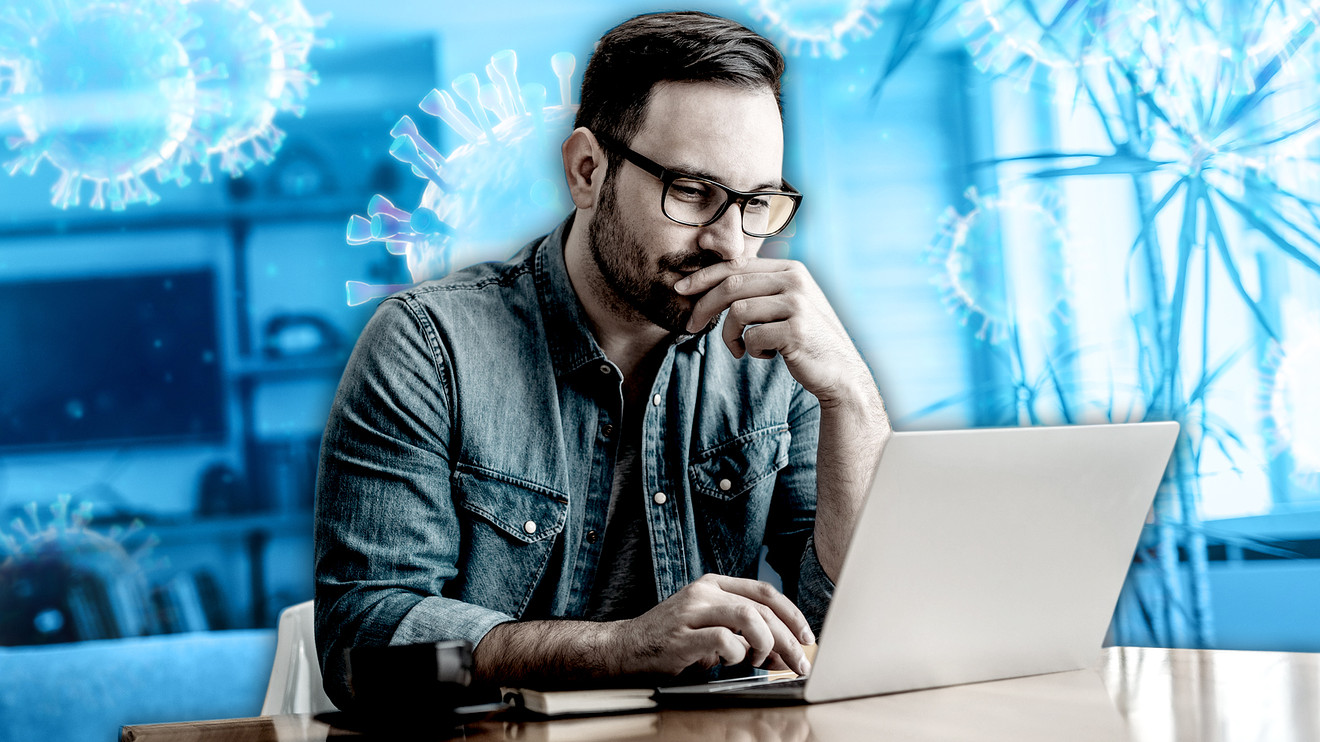 If you rebuild the workplace after COVID-19, will the workers ever come back?

In Silicon Valley, the answer from many tech companies is that many won’t, and maybe that’s a good thing.

That just may be the beginning: At least six prominent tech companies are considering permanently moving a large slice of their workforces to work-from-home status, their chief executives told MarketWatch this week.

“It’s hard to not see 20% to 40% of our workforce be remote,” Slack CEO Stewart Butterfield told MarketWatch in an interview Thursday on — appropriately enough — a Zoom ZM, +4.12% video call.

“We need to make real-estate decisions long in advance, two to three years, and are in the speculative conversation now if we have 30%, 40% fewer desks,” Butterfield said in discussing conversations he was having with fellow Slack executives this week. “We may make the office more of a hotel.”

Don’t miss: Companies reveal their plans for what work will look like when America returns to the office

The COVID-19 pandemic forcing those who could work from home to do so has led to a surprising result — improved productivity. U.S. workers were 47% more productive in March and April than in the same two months a year ago through cloud-based business tools, chat applications and email, according to an analysis of 100 million data points from 30,000 Americans by workplace-monitoring company Prodoscore.

“I was pretty wrong about this. I thought productivity was going to plunge, but it has been very good,” Okta Inc. CEO Todd McKinnon OKTA, +2.41% added, as the company considers a new dynamic work initiative. He said he could see Okta following Twitter’s path “until there is a vaccine or a treatment.”

As small businesses and nonessential services slowly begin to reopen, tech CEOs like Butterfield and McKinnon OKTA, +2.41% are in internal discussions about fundamental changes to their workforces with far-reaching social implications. Not only are they open to letting a majority of employees work remotely; they’re vastly scaling back travel and attendance at conferences, hiring talent from all parts of the country, reducing office space and using the office as a place to socialize as much as work.

The financial impact on cities like San Francisco and Seattle, where tech is the chief economic engine, could be devastating. Use of commercial real estate and public transit are likely to decline. Restaurants, bars and other gathering spots could be endangered. And then there is the toll on workers, many of whom feel increasingly isolated and stressed, worried about the security of their jobs even as they log long shifts at home.

But that is the collateral damage from a new workforce that could also save companies billions of dollars in operational costs; greatly reduce traffic and liability related to sick employees; and enhance productivity from a workforce that eats, sleeps and lives at its diffuse, de facto offices. Tech is uniquely positioned to take advantage of working conditions turned upside down and sideways because it has the technical resources to support a decentralized workforce, and a significant slice of its employees already worked remotely.

See also: Twitter employees can work from home as long as they wish

“Twitter will cause a snowball of other organizations going forward,” said Levie, who has weaned on the management style of former Intel Corp. INTC, -1.35% CEO Andy Grove, who weaved through offices to get an up-close look at workers. “We may not go back to work the same way [at Box]. Things are faster, more action-oriented with remote workers. With videoconferencing, I can check in on customers in the U.S., Japan and Europe in one day.”

“Our salespeople meet five to eight customers a day now [via videoconferencing] versus the one it took them three days [to see in the past] because of travel,” he added.

A major reason for improved productivity is that people have had little else to do during the shelter-at-home directive and felt pressure to produce to retain their jobs, countered Shane Metcalf, chief culture officer at 15Five, an enterprise technology company.

“One of the shadow side effects is that employees are working longer hours, and feel as if they’re always on call,” he said. “They are stressed.”

To be sure, not everyone will follow Twitter’s lead. Some, like Apple Inc. AAPL, -0.59%, Nvidia Corp. NVDA, +5.73% and Amazon.com Inc. AMZN, +0.87%, have devoted billions of dollars to sparkling new facilities that will always house thousands of employees. And some people want to return to an office, pointed out PagerDuty’s Tejada.

Added Butterfield: “Some employees are going insane [because they] are cooped up alone in an apartment or have kids and want to go back to work. The majority want to be in the office.”

“We don’t believe that ‘office-less globally’ is in our company’s best interest to build strong company culture or long-term productivity. Like most things in life, the best answer is typically something that moderates between two extremes,” Vonage Holdings Corp. VG, +3.04% CEO Alan Masarek told MarketWatch via email. None of the company’s 2,400 employees will be required to come back to the office “until they are comfortable doing so.”

“Some elements of this work-from-home scenario will not go away,” Cisco CEO Chuck Robbins said during a conference call with analysts Wednesday following the company’s quarterly earnings announcement. For example, Webex hosted more than 20 billion meeting minutes in April, compared with 14 billion in March and 7 billion in February.

“The pandemic has created a permanent shift in the way people are working, and while not every organization will go 100% work from home forever, there will certainly be more support for virtualized environments,” Masarek said.

One company going all-in virtually is Dialpad because, quite simply, it can. CEO Craig Walker, who helped develop Google Voice technology, was leaning that way before the pandemic forced most of the economy to shut down. He wants the communications-software firm’s 400 employees to work from home four or five days a week, he said, and he plans to halve office space to accommodate a staggered work schedule.

No matter what path companies take, they agree it will not be the same. Some employees will exclusively work from home, while others will opt for the office. And others may do both.

“It’s back to a whole new way of work — like back to the future,” says Quick Base CEO Ed Jennings, who took over the $1 billion, 500-person company this week, but has yet to visit headquarters.

Still, he’s already re-imagining what it will look like in the future — with more open space, partitions and collaboration spaces.

“It is hard to create depth of relationship when you communicate strictly via virtual meeting,” Jennings said. “Employees say these days they get things done so much faster at home. The question is whether that is sustainable.”