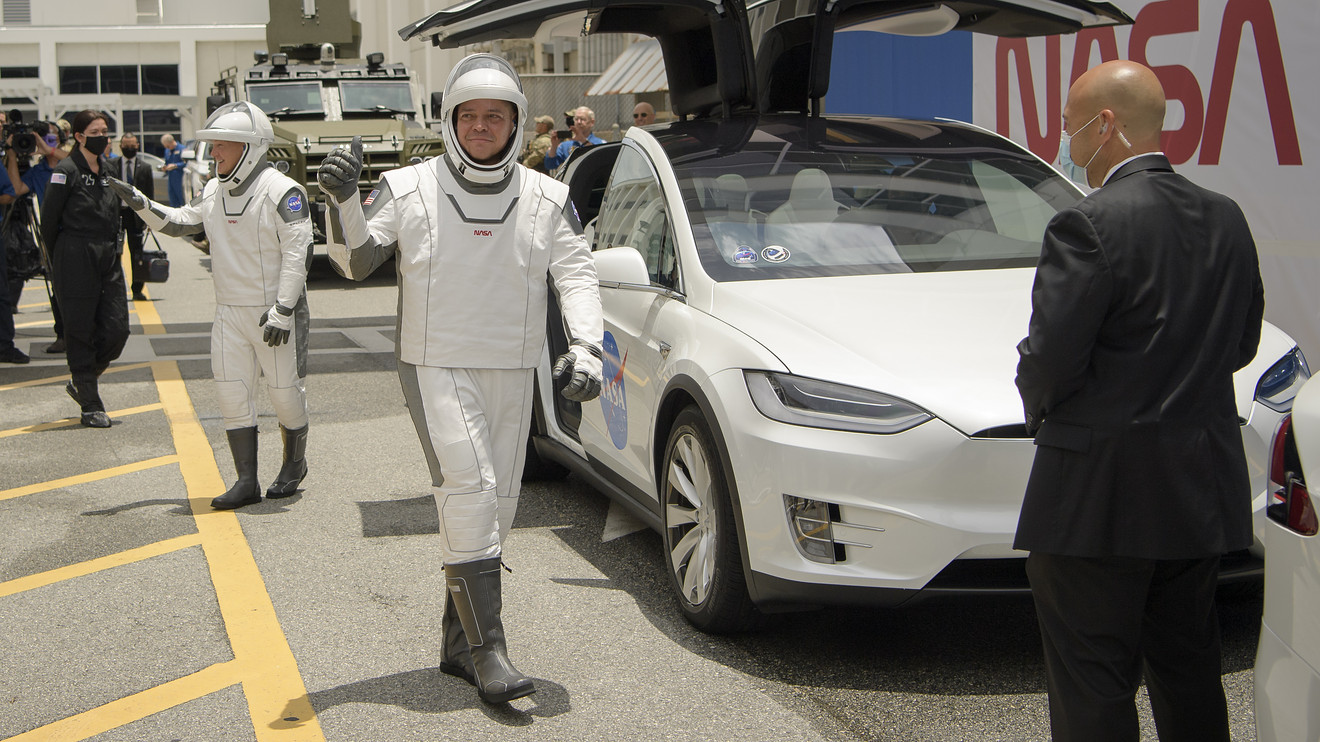 As was the case Wednesday, when the highly anticipated launch from the Kennedy Space Center of a SpaceX rocket in cooperation with NASA was scrubbed, the weather forecast for Saturday on central Florida’s Atlantic coast makes the rescheduled launch a 50-50 proposition.

The launch is set for Saturday at 3:22 p.m. Eastern time, and the destination is the International Space Station.

“We can see raindrops on the windows,” astronaut Doug Hurley said as he and flight-crew partner Bob Behnken received the news that weather had prevented a liftoff Wednesday, according to a NASA blog. “We understand everybody’s probably a little bummed out, but that’s part of the deal,” Hurley added.

The decision to scrub the launch was made just 17 minutes before the scheduled liftoff of SpaceX’s Falcon 9 rocket and Crew Dragon spacecraft at 4:33 p.m. Eastern time.

Barron’s on MarketWatch:What if NASA were a publicly traded stock?

Public interest in the takeoff was said to be “extremely high,” coming as it does in the midst of the coronavirus pandemic and with stay-at-home orders and quarantines in place around much of the world, analysts at Morgan Stanley said in a note last month.

If weather precludes a liftoff on Saturday afternoon, the next available launch window comes at 3 p.m. Sunday.