Home
Stocks
Next Avenue: All the ways assisted living could serve residents better
Prev Article Next Article
This post was originally published on this site 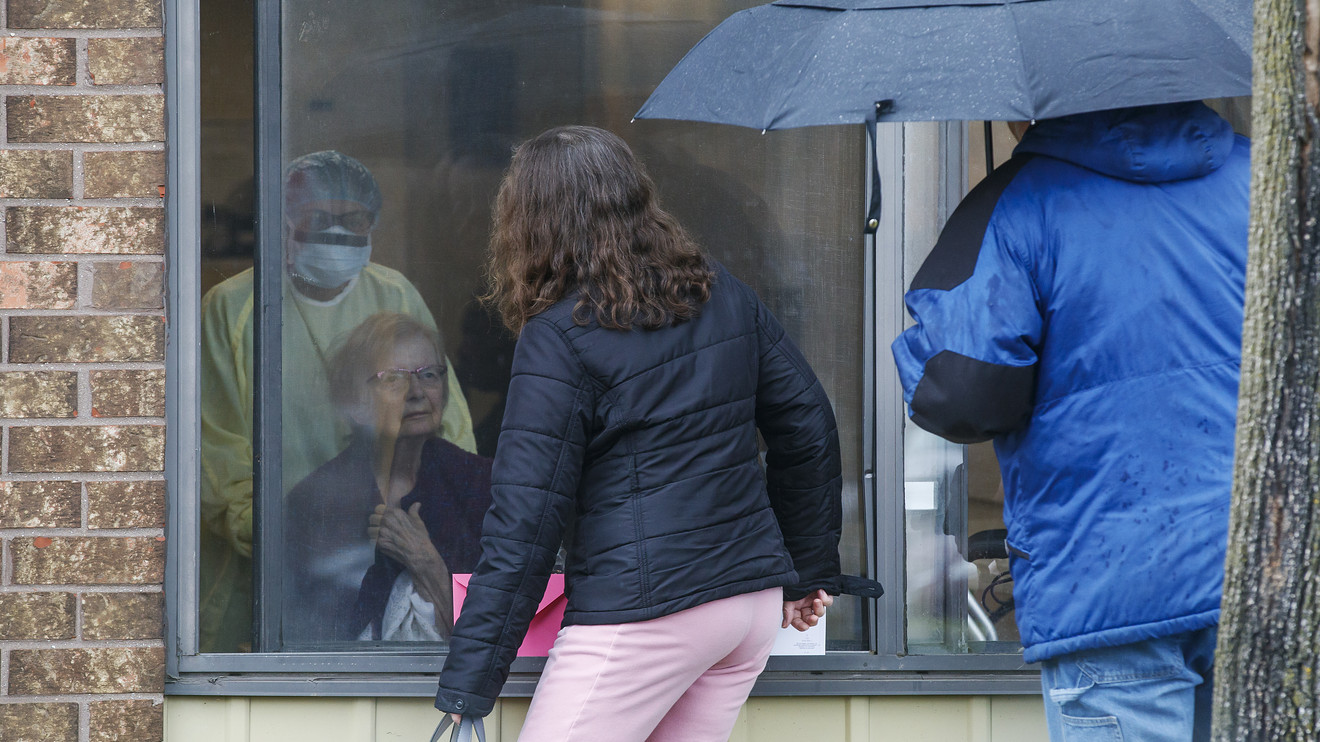 Ron, my significant other of 25 years, is a retired psychologist with Parkinson’s disease. He lives in a small apartment in the assisted living section of the best continuing care community in the city, having moved there from independent living in October. He had begun to require more physical services but remained engaged in life and mentally alert.

When the coronavirus began to invade south Louisiana, however, Ron’s assisted-living facility responded with a reaction that I would call extreme and absolute, no doubt derived from a fear of contagion and a concern for their own liability. They effectively closed down the campus. But they hadn’t prepared for what that would mean to Ron and others like him.

Quarantined in the assisted living facility

All visitors except caregivers were barred; neither Ron’s daughter and grandchildren nor I could visit. We couldn’t take him off campus, even just for lunch, or he’d then be confined to his unit for two weeks. All residents were required to remain on the premises except for medical appointments, when the facility’s van driver would take them.

Three meals daily were delivered to Ron’s unit, so he’s been eating alone all the time since the third week of March. There’ve been no more opportunities for camaraderie over fried chicken in the dining room or sitting down with two sweet-looking, powder-haired ladies and finding that they, too, would love to get into a regular poker game.

All scheduled activities were canceled. No more visiting performers from the LSU School of Music came to entertain; no more speakers held forth in the community room on subjects ranging from the challenges of the Middle East to climate change. Book-club gatherings were forbidden. So were religious services.

The toll on people with Parkinson’s

In this new regimen, mental stimulation became strictly do-it-yourself, which is infinitely more difficult when Parkinson’s already saps your energy. And nigh on to impossible when your life has been primarily analog.

Ron’s parameters were defined by where he could perambulate along the driveways and sidewalks on his rollator. But, of course, he needed to wear a mask and maintain a social distance if he encountered another resident, which made chatting challenging, with the requisite six feet of separation and the hearing loss many residents suffer. Pleasant interludes in the garden were reduced to a mush of “Huh’s?” and “What did you say’s?”

And, as I’ve noticed during our daily FaceTime visits, after Ron’s seven weeks in lockdown, in physical isolation with a lack of social and intellectual stimulation, he has suffered a noticeable mental decline. Sometimes, he seems like the old Ron, but at other times, he is unable to process things — and it’s not just from the Parkinson’s.

A few days ago, for example, while were FaceTiming, I told Ron I had a 1 p.m. Zoom ZM, +9.74% date with my grandsons. He looked quizzical and asked how I could talk to them when they were in school.

They’re not in school, I told him. Think about it, I said, adding, “Why are they not in school?”  He couldn’t remember. After I reminded him of the ubiquity of the coronavirus shutdowns, he hit his head with his hand and groaned, embarrassed. “I can’t believe I could have forgotten that,” he whispered, suddenly terrified of his own deterioration.

How a lack of social and intellectual stimulation affected him

I suspect that the weekslong lack of social and intellectual stimulation not only affected Ron, but also others who live by themselves in assisted living. The lack of external connections led me to the conclusion that Ron should have had access to something similar to what my elementary school-aged grandchildren receive: In the absence of their normal school days, they have differing levels of digital learning, so their isolation is broken, at least virtually.

Don’t miss: How to be the best virtual grandparent you can be

Before the next, inevitable pandemic, I believe that older adults and their loved ones who’ll be shopping for a long-term care facility should expand their checklist of amenities to include the ability to connect to the outside world through the wonders of the digital one.

As Next Avenue’s recent article about senior housing attested, this is already in place at some senior communities. But I fear that many, like Ron’s, don’t offer these services.

This, they should realize, is at their own peril because only protecting residents from physical harm can risk exacerbating their mental decline.

What long-term care communities need to do

Care communities need dedicated tech assistants on staff available to instruct residents, even for something as basic as how to use FaceTime.

Ron had never accessed FaceTime on his smartphone. After I insisted we try, it took several frustrating rounds of instruction because I wasn’t there to help him. But now he delights in seeing my face, as well as the young and enthusiastic grins of his teenage grandchildren and his daughter.

See: The nursing home COVID-19 tragedy — how did this happen?

I had scheduled a Zoom happy hour with friends in Idaho and wanted Ron to participate, since he’s devoted to them. But he didn’t have the Zoom app. Also, he’d forgotten his password to the app store, didn’t know how to retrieve it and no one at his facility helped him do it.

I sent him a link, but that only confused him. In the end, he participated by audio through my cellphone held up to my desktop and repeatedly told our friends how wonderful it was to hear their voices.

A ready tech assistant could have helped Ron connect to Zoom or Microsoft Teams MSFT, +1.02% or another meeting format, through which he and his fellow poker players could hold virtual cutthroat games. That would have led the book club to meet and discuss the merits of their latest read, too.

When I recently told Ron that I was Zooming in to a religious service, one he’d enjoyed with me on many occasions, he said, wistfully: “I would love to do that.”

Although I’ve dropped off magazines and homemade scones at the facility’s gate during the tightly regulated two drop-offs per week, that hasn’t extended his world or challenged his brain during this period of isolation.

How tech assistance could help

With assistance from a tech staffer, he could seek out books he’d learned of on public radio; connect to history, arts and culture websites bringing performances, lectures, and more. If he’d been helped to add the necessary hardware for streaming capability, he could have been enjoying a spectrum of films, documentaries or travel videos about places he’ll now never visit, due to Parkinson’s.

In years past, this intrepid traveler went with me to Vietnam, Turkey, Chile, the Republic of Georgia and more. I know the ability to virtually venture to places he’s dreamed about could remove him — however briefly — from his confinement.

Senior residences should also have an intra-facility/in–house television channel, to broadcast to TV sets in every unit. After all, TVs are the one piece of furniture everyone owns. A dedicated channel could show the same old-timey movies that would have entertained residents in the community room; exercise programs; and videos of interesting speakers or musicians.

A weekly guide could arrive with breakfast on Monday mornings, detailing the schedule of the week’s programs, a substitute for the chirpy calendar of monthly activities that they had posted everywhere in the facility during normal times.

I suspect that care communities like Ron’s might argue against my proposal because adding dedicated tech staffers for residents would be too expensive. The service would be difficult to enact, they’d say. And, they might counter, if residents wanted to be digitally connected, their families should have assured that they were when they moved in.

These capabilities are already offered by the senior communities Next Avenue wrote about. I’m sorry Ron is not living at one of them.

Mary Ann Sternberg is a longtime freelance writer and nonfiction author who specializes in Louisiana history and culture as well as travel and personal essays. Her work has appeared in local, regional and national newspapers and magazines including NewYorker.com, Preservation, AARP magazine and the Dallas Morning News. She lives in Baton Rouge.

This article is reprinted by permission from NextAvenue.org, © 2020 Twin Cities Public Television, Inc. All rights reserved.