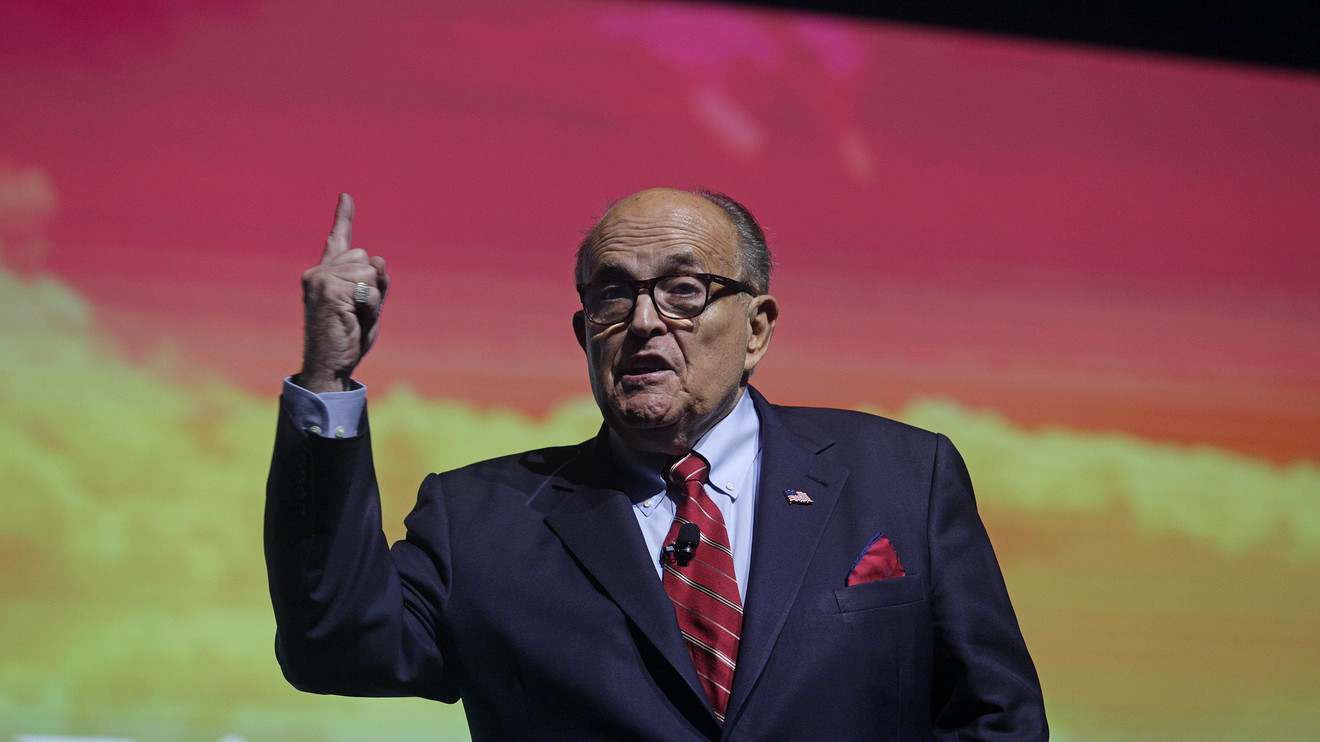 A bitter argument over President Donald Trump’s handling of the George Floyd protests has descended into an extraordinary war of words between former New York City Mayor Rudy Giuliani and television host Piers Morgan on a live broadcast.

Morgan, who used to host a CNN show in the former Larry King Live slot, accused Giuliani of being “barking mad,” saying “you’ve lost the plot and it’s sad to see.” Giuliani, who has been one of President Trump’s personal lawyers since 2018, came straight back at Morgan, accusing him of being a failed TV host saying: “You’re the one who got thrown off the television over here because you have ratings that are about two.”

Read:Piers Morgan badgers Labour official on willingness to use nukes

The heated smackdown about protests over the death of Floyd, a black man who died in police custody, took place on Good Morning Britain, a show broadcast on ITV on Thursday — Morgan has returned to U.K. after his CNN show was canceled in 2014 because of sustained falling ratings.

On Thursday’s live broadcast, Giuliani continued: “So don’t tell me I’ve lost anything. I know what happened to your show Piers, I remember the mistakes you made, how you sucked up.” Morgan misheard the former mayor and thought he had used foul language and apologized for the profanity.

The increasingly personal attack between the two men was triggered when Giuliani criticized left-wing media for their reaction to Trump’s comments and the handling of the protests.

Giuliani said: “I’ve known him for 30 years. I know he’s a fair man who doesn’t have a racist bone in his body, you know that too. You’re going through the politically correct propaganda so you can be popular. You know he’s not a racist.”

Morgan, a former “America’s Got Talent” judge, who knows Trump from his time on series 7 of “Celebrity Apprentice,” said: “You sound completely barking mad…you’ve lost the plot.”

Giuliani said: “You are helping to create violence in this country by the way you are covering this.”