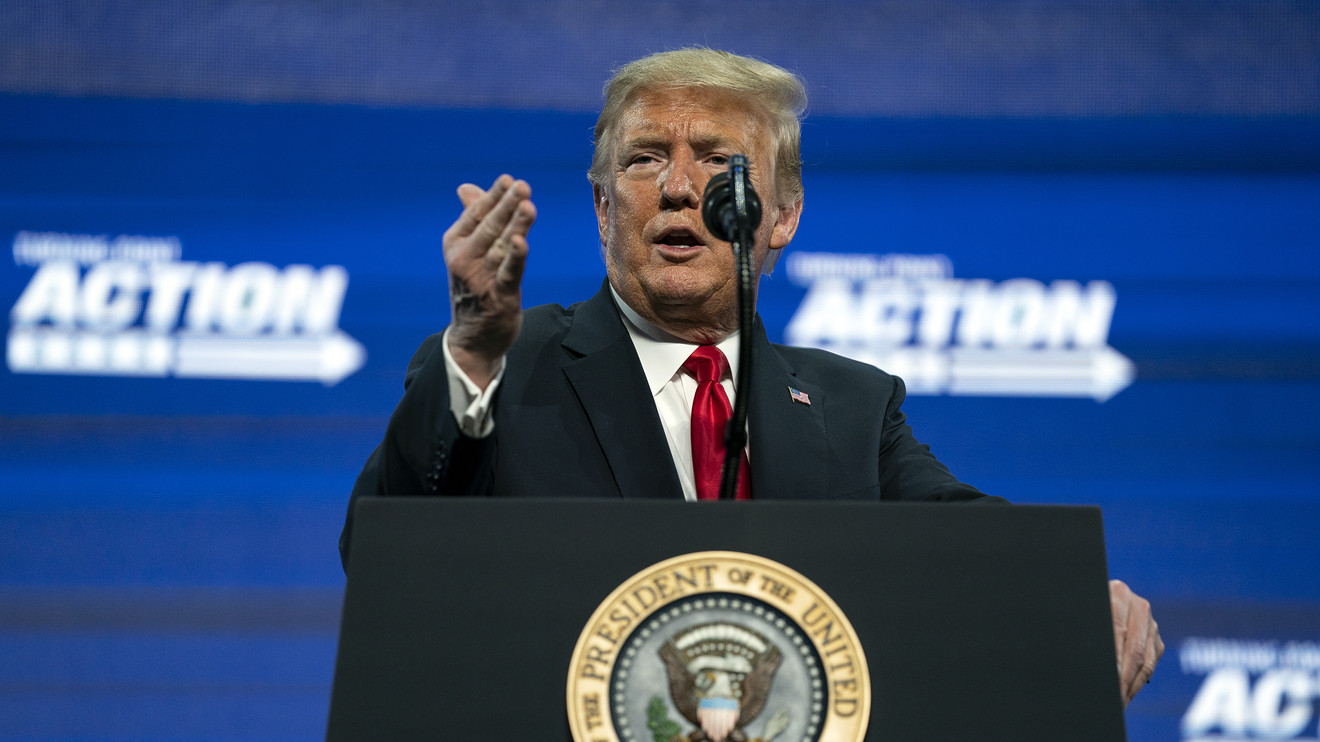 President Donald Trump is en route to Wisconsin in a bid to shore up support in the battleground state, as a new poll shows him 11 points behind Joe Biden.

Trump will speak on Thursday at a shipyard in the small town of Marinette, as well as participate in a town hall to be broadcast by Fox News. The president eked out a narrow victory over Hillary Clinton in the state in 2016, and has painted a target on it and other battlegrounds as polling shows him trailing presumptive Democratic nominee Biden.

A New York Times/Siena College survey released Thursday showed Trump with an 11-point deficit against Biden in Wisconsin, and put the president behind the former vice president in five other battleground states. RealClearPolitics’ average of Wisconsin polls gives Biden an eight-point lead. Democrats will hold their nominating convention in Milwaukee in August, even as the party urges delegates to skip in-person attendance over coronavirus concerns.

National polling also gives the advantage to Biden, and Trump has blasted at least one survey, by Fox News, as “phony” — even as more respondents said they approved of his handling of the economy than said they did not approve.

The New York Times/Siena poll also found Trump had the most support among battleground-state voters on economic issues, but the least on issues related to race, in the wake of protests following the death of George Floyd, an unarmed black man who died while in police custody.

U.S. stocks DJIA, +0.05% were trading modestly higher Thursday, as financial stocks got a boost from what investors saw as regulators rolling back red tape on the industry.

Investors were also digesting economic reports including on new jobless claims, which fell slightly last week to 1.48 million. Claims remain high three months after the beginning of the coronavirus pandemic, and signal that an economic recovery is likely to be uneven.