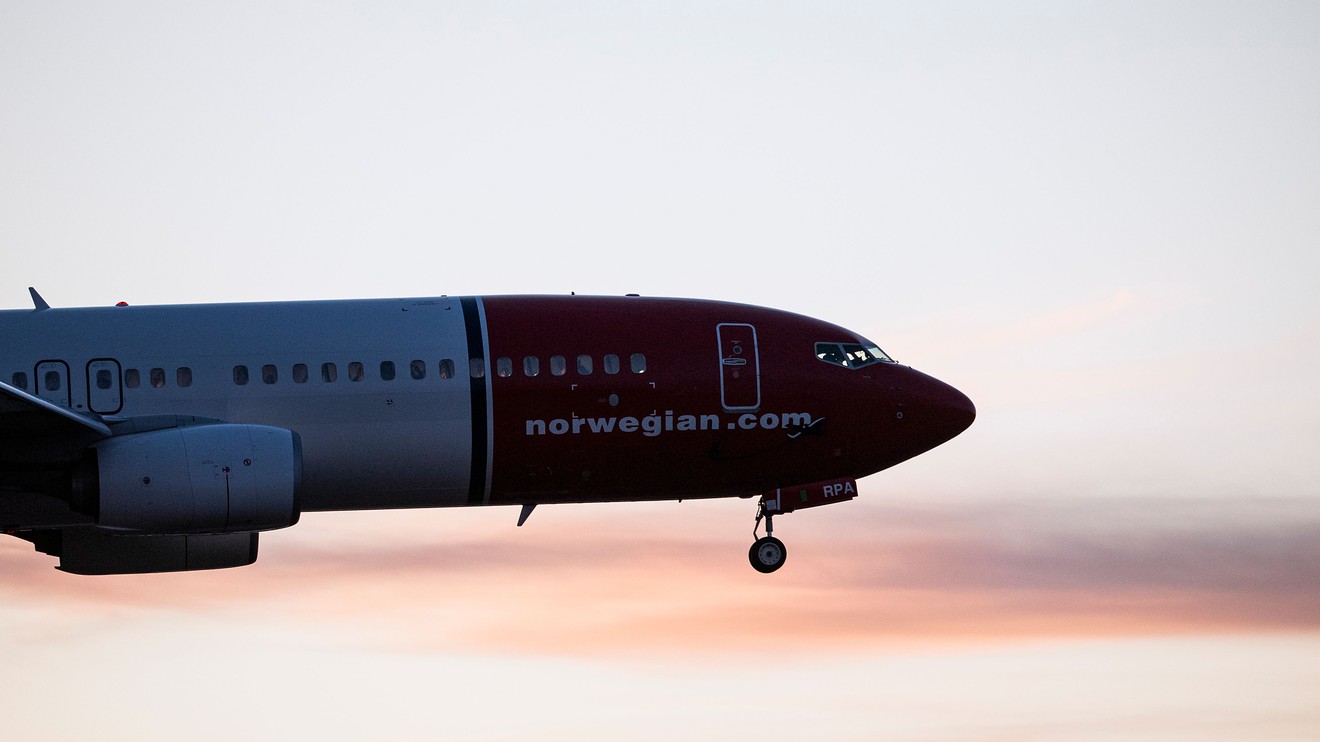 Struggling Norwegian Air Shuttle ASA said it has notified Boeing Co. that it will cancel a deal to buy nearly 100 remaining planes, and is suing over losses related to the grounding of the 737-Max and 787 engine issues.

In a statement on the company’s NAS, -3.67% website late Monday, Norwegian Air said there were five Boeing 787 aircraft and 92 Boeing BA, +14.39% 737 MAX aircraft in the deal, alongside the GoldCare service agreements linked to the 787 and MAX aircraft. It’s seeking pre-delivery payments and compensation for the Company’s losses related to the grounding of the 737-Max and engine issues on the 787.

Boeing’s 737 MAX aircraft have been grounded globally since 12 March 2019. “This has also disrupted NAS’ operations and caused significant losses. In addition Norwegian’s Rolls-Royce Trent 1000-powered 787 aircraft have suffered from long-running reliability issues that have affected reliability and resulted in premature and unplanned maintenance, which has disrupted the Company’s operations and caused further significant losses,” said the company.

“Norwegian has engaged in a commercial dialogue with Boeing with a view to resolving its 787 and 737 MAX issues and obtaining compensation for its losses. The dialogue has [yet to date] not led to an agreement with a reasonable compensation to the Company,” Norwegian Air said.

Due to the severe disruption caused by the global pandemic, Norwegian Air had only seven aircraft in operation as of late May, out of a total of 147 at the end of March, with 80% of its workforce temporarily laid off, while thousands of others have lost their jobs. Earlier in May, the airline completed a restructuring that saw creditors and lessors convert debt to equity while also raising cash, which allowed it to qualify for a NOK2.7 billion state-aid package.

Shares of Norwegian Air have lost 92% this year.

Shares of Boeing surged 14% on Monday, helping drive a 580-point gain for the Dow industrials on news U.S. air-safety regulators have resumed key flight tests of Boeing’s 737 Max, with the goal of getting the planes back in service around end-year.