Home
Breaking News
Alitalia resumes international flights from Milan, Linate to open on July 13
Prev Article Next Article
This post was originally published on this sitehttps://i-invdn-com.akamaized.net/trkd-images/LYNXMPEG6048R_L.jpg 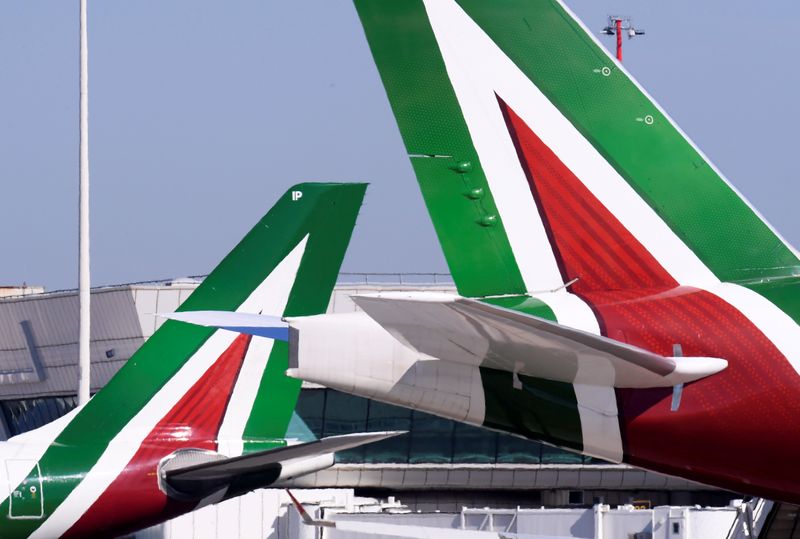 The carrier, which is in the process of being nationalised after 11 years of troubled private management, will fly from Milan Malpensa airport to Amsterdam, Brussels, Paris and London.

Milan city airport Linate, which before the health crisis was Alitalia’s second-biggest airport after Rome’s Fiumicino (MI:ATL), will reopen on July 13, two sources close to the matter said.

Starting from July Alitalia will also serve a dozen of domestic destinations from Milan Malpensa, expanding its offer from the Lombardy region, one of the most severely affected by the COVID-19 pandemic in Europe.

Alitalia is currently run by a temporary administrator and the government announced in March that the treasury would become its main investor after the coronavirus sent the carrier’s planned sale into tailspin.

Bolivian-born entrepreneur German Efromovich, who had expressed his interest in investing in Alitalia before the health crisis, said on Wednesday he was still open to buy a stake in the Italian carrier alongside the government.

“I am ready to take a stake as big as the Italian government is prepared to offer … I don’t ask for the majority, but I want to have a say over the governance and the management of the company,” Efromovich said during a hearing on the transport sector by Italy’s parliamentary committee.

The entrepreneur, however, criticised Rome’s plan to inject 3 billion euros ($3.4 billion) in the carrier, suggesting that the restructuring could be done with lower financial resources.

“On the basis of my personal experience speaking of 3 billion euros doesn’t make sense,” Efromovich said.

It is not clear whether Rome is prepared to team up with private investors in the restructuring of Alitalia.